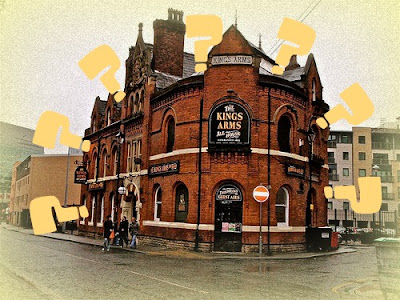 And so, to lift me a few measly iota above this interminable funk I seem to be in (I can't even get excited about Cool Runnings being on iPlayer), I thought I'd do a quick update on my whereabouts.

Firstly, you can hear me read one of my short stories if you're in Manchester tomorrow night. If you heard me read at Waterstone's rather eccentric open mic night at the end of last year, you'd have heard tomorrow's story before. Otherwise, come listen to my fairy story at the Bad Language open mic night, at the Castle Hotel on Oldham Street. There will be many other writers, so I only have four minutes in which to impress you.

Secondly, my presenting partner Lee and I will reunite in a public performance for the first time since the well-documented Refresh FM debacle. We'll be running the next Special Guessed pub quiz at the somewhat super King's Arms pub in Salford on March 1st (8.30pm). I'd love it if we got a decent crowd to this: it would certainly mean a lot to me. We'll fill your pants with so much trivia, you'll be shaking it out of your trouser ends like the UNCLE guy in the Great Escape.

And finally, there's always my F1 Losers League, which I have banged on about before, but which now has an extended entry deadline of March 26th. Visit the website for more.

Yes, this blog is meant to be about electronic music. Pfffrt. If you want consistency of content, go and read The Pigeon Post.  I have been a bit shoddy recently, but there'll be more music witterings soon, honest. Meanwhile, here is a list of search terms that haven't resulted in recent hits on my blog:

I am downloading the James Blake album 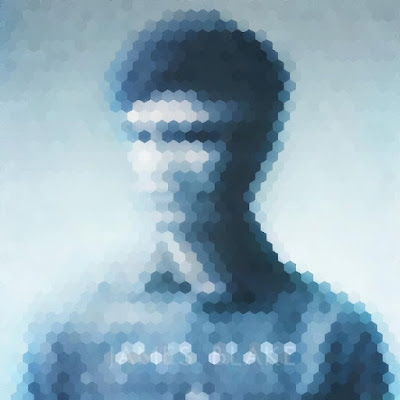 I am downloading the James Blake album.

Digital kilobytes of James Blake are swooshing into my memory like recalled jokes or déjà vu.

James Blake is now sitting inside my machine, next to my Yorkshire holiday photos, discarded Ableton sessions and my Justin Biebpipe love poetry.

Listening to this album will be like a thousand swan feathers brushing my cheek in the breeze from the breath of a million angels.

Pressing play on track one will be like the tentative moment before a teenage kiss, that giddy feeling of nascent love-- oh hold on, the computer's crashed. Let me just press restart.

Sorry about this. It takes a while to reboot. Full of viruses, this thing.

So then. Done anything interesting recently? Oh, here we go. Let me just find the mp3s again.

Oh great, it's lost them. Thanks, computer, you galoofing mess of catastrophic circuitry. You've ruined everything.

I don't want to listen to the James Blake album now. That would be like listening to the wails of whales speared in a bloody sea. Like the last sighs of a cherubim skewered on a cackling devil's pitchfork.

Kilobytes of James Blake lie dead in my computer, exhausted sonic sperm on the sidelines of my digital tubes.
8 comments:

I usually cough up a monthly Oozy Bleeps playlist around about now, but January is to decent electronic music what a trip to Disneyworld is to Charlie Brooker.

And the meagre crumbs that were released in January appear not to be on Spotify. At least, not the ones I want. As Glasgow collective Lucky Me tweeted a few days ago, "Spotify will never pay folks like us because they refuse editorial: they are only sales responsive."

It's a strange animal, Spotify. The Cynical Musician is right when he asks if Spotify is not a money maker, what is it good for.

Putting revenue aside (I'll let proper musicians discuss that), as a music lover, it's about as useful as a chocolate tea cosy. My recent plays on Spotify include Resoe, SBTRKT and Flying Lotus. What is the front page recommending to me at the moment? Bonnie Tyler, Mozart and Coolio's Gangsta's Paradise.

Spotify is good for playlist recommendation, hence my oozing and my bleeping, but when whole record labels are missing from the service because Spotify can't put food on their table - can't even give them a table - then what's the point?

Anyway, the Oozy Bleeps will bleep again next month. I will soldier on with Spotify because, I hope, some of you find it useful. The playlist is still up there, and it will be updated throughout the month.
4 comments:

Email ThisBlogThis!Share to TwitterShare to FacebookShare to Pinterest
Read more on: oozy bleeps

F1 apocalypse (or 'fantasy league', depending on which term you prefer)

So far this February, this blog has been like London at the start of 28 Days Later. Abandoned buildings. Unread newspapers. Car alarms punturing the silence of desertion.

But screw all that: I've been busy reviving an old project which long-time readers of this blog will recognise.

The F1 Losers League is my attempt at a fantasy formula one competition, with the crucial difference that you need to create the worst possible team. So you get points if your cars are slow, unreliable or crashy.

I wanted to come up with some F1 / electronica puns so I could shoe horn (car horn?) the league into this blog without making it look like an obvious (spark)plug. But all I've come up with so far is Apex Twin, James Brake and Bargeboards of Canada.

The F1 Losers League works like this: you make up a team of four drivers and two constructors. Based on bad performance on and off the track, they earn you points in races and sometimes inbetween races. Everyone pays a fiver and up to seven teams will win cashmoney.

I've run this league on-and-off since 2004, so I know those who get the most out of it tend to have at least a passing interest in formula one. It also helps if you have an inner geek because there are ways of manipulating your team throughout the season.

Have a look at the league on the F1 Losers website. You need to enter before the zombies come and tear out your heart, or until the second week of March (whichever comes sooner).

FLYING LOTUS! The most obvious pun ever! Why didn't I think of that? I always think of good things way too late.

Edit: see the comments section below for two more doozies: Saubers of Paradise and Susumu Toyota. Feel free to add your own!
5 comments: