On this page, you will find a Fat Roland biography along with review quotes, relevant links, some nice photos and, at the very bottom of the page, contact details.

Fat Roland is a performer and music writer based in Manchester, UK. He's created three solo shows, the latest of which was alternative record shop comedy Seven Inch, which involved over 200 cartoon props and was commissioned by The Lowry Theatre as part of their Developed With artist programme. 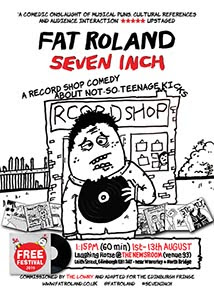 When he's not scribbling over the rules of alternative comedy in slightly-faded marker pen, Fats writes and illustrates a monthly column for the beautifully designed Electronic Sound magazine, alongside reviews and features.
Away from the writing and performing, he spends most of his time running events for the International Anthony Burgess Foundation, a remarkable literary organisation based in a Victorian mill in Manchester. He's not saying he profits from ultraviolence, but if you buy copy of A Clockwork Orange, you're putting money in his pocket.

He has recorded music as Hounds Of Hulme, whose eponymous 2015 album was released on Electronic Sound Music Club. Under his real name Ian Carrington, Fats wrote the sleeve notes for the New Clockwork Music album, released by Electronic Sound in 2019.
Sometimes Fats writes short stories and he has produced two collections, long sold out. He has been commended in the Manchester Fiction Prize. Sometimes he makes videos. Read more about Fat Roland's career here.

See upcoming gigs on the live page - and yes, Fat Roland is available for hire for alternative literature, comedy, cabaret and theatre nights.

"Fat Roland is a comedic onslaught of musical puns, cultural references, and audience interaction... It is clear that Fat Roland is more than familiar with performance, knowing exactly how to get the room roaring with laughter, from start to finish... A fantastic combination of comedy, cartoons, and creativity." Upstaged Manchester's ***** review of Seven Inch.

"A unique and fun hour of comedy with gags and stories aplenty funny... a silly and entertaining show that comedy and music fans will love, it certainly sets the standard high... this is certainly a show to catch." The Reviews Hub's **** review of Seven Inch.

“An hour of delights and absurdities. Masterfully crafted and utterly compelling.” Audience review

“Fat Roland at the Edinburgh Fringe is like hot elephant soup after being chased by a rabid Sean Ryder.” Audience review

When linking to this site in promotional material, please use www.FatRoland.co.uk. 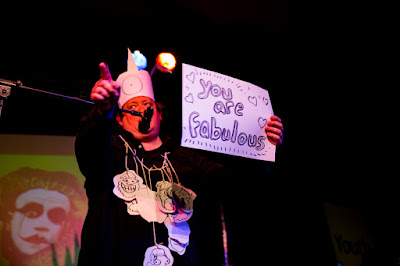 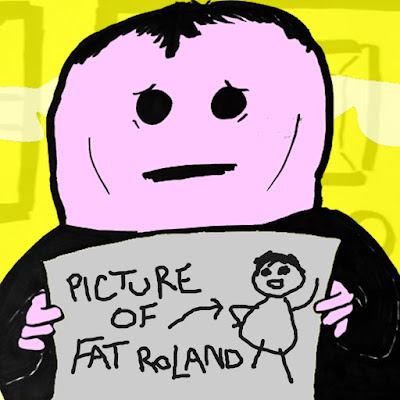 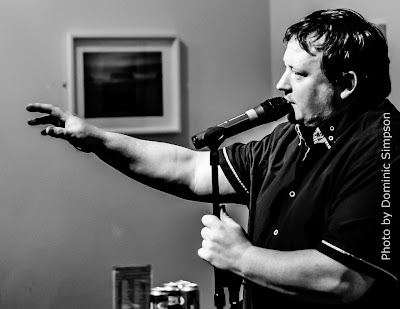 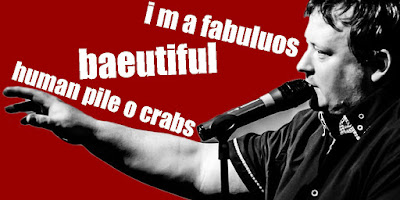 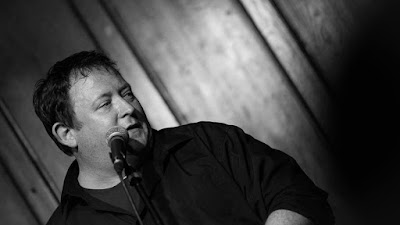 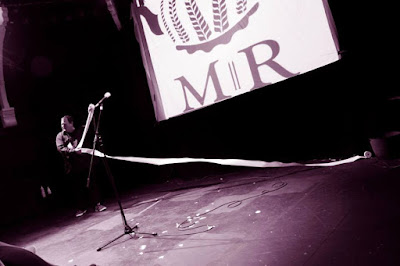 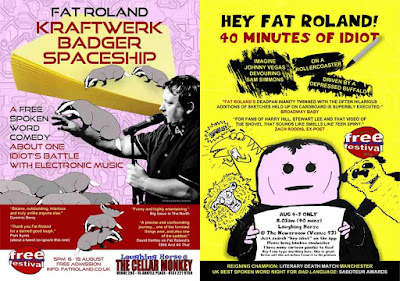 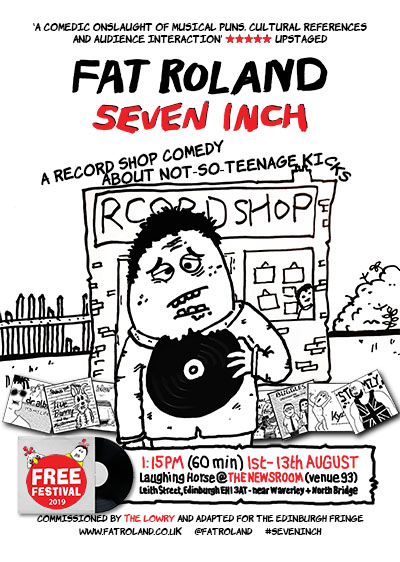 If you want to book me for a reading, performance, compering, talk, workshop, or just for a chat, then please email me on f@troland.co.uk. Or click this picture: 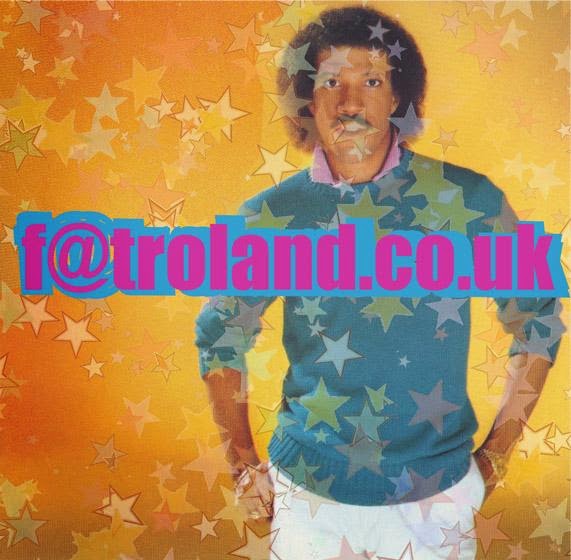