Listen: Doms & Deykers' It's You I See

Doms & Deykers, otherwise known as electronic knob twiddlers Steffi and Martyn, release their debut album Evidence From A Good Source soon. Already, there is a buzz with Bleep dot com.


Martyn featured in my best albums of 2011: at best, his fluid breakbeats remind me of the glowing warmth of 808 State (see also Falty DL). His music translates live really well: you're never that far from a warehouse rave. I probably know less about Berlin club resident Steffi but I suspect that's about to change.

So this all looks rather promising. Have a listen to It's You I See which came out earlier this year. I'll leave the final word to the Deykers half of the equation. 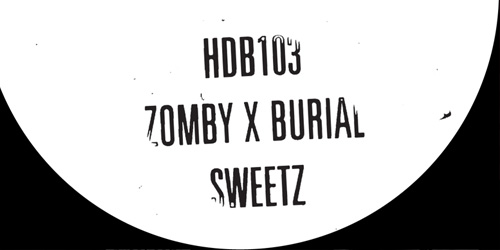 I've been listening to the sweary collaboration between Zomby and Burial, two names with so much weight in the electronic music world, they're practically creating a black hole of excellence.

It's a track which takes its time, almost living in its own vacuum. The rolling bass is so low, it's practically in another universe. The result is some seriously menacing drama.

Zomby's new album Ultra is out on Hyperdub this week and includes a Darkstar collaboration that's all clonky and whizzy. In a good way.

Have a listen to Sweetz: I've had trouble embedding so click through to Bleep or Juno to put Sweetz in your ears. And once you've heard that, go here to hear the Darkstar track, although I warn you now, the DJ does a reeewind. Stupid DJ.
No comments:

Electronic Sound 22: drizzling you with my knowledge juices 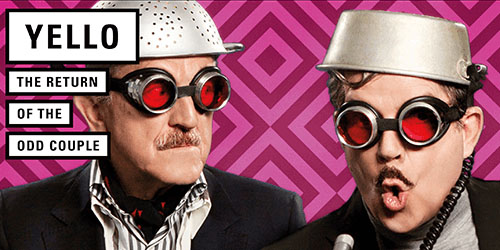 You should pre-order issue 22 of Electronic Sound. I think I hit 'peak Fat Roland' in this one.

My opening line submitted to the poor ES editors?


"I’m going to tell you how to build a synthesiser mainly because I’ve been snorting Cadbury’s Highlights and I want to drizzle you with my knowledge juices before everything dries up."

Ew. Apologies to Cadbury's. Click here to get your fix of Electronic Sound through your letterbox.
No comments:

Me not blogging about music is like Piers Morgan not annoying people on Twitter or Eamonn Holmes not ripping the heads of kittens when the camera's turned away. Time to get back into the habit.

The new Datach’i album - the first in LITERALLY a billion years - mixes the modular warmth of labelmate Venetian Snares' Traditional Synthesizer Music with some good old fashioned IDM. Monarchs is one of the highlights: its filtered refrain hugs your heart while the ice-metal snares play straight for your head.

All being well, a full review of Datch'i's System album will be in the upcoming new edition of Electronic Sound. Incidentally, the current Electronic Sound contains a Kraftwerk cover version by Paul Hartnoll recorded exclusively for the magazine. Just thought you ought to know because that's pretty darn cool.
No comments: 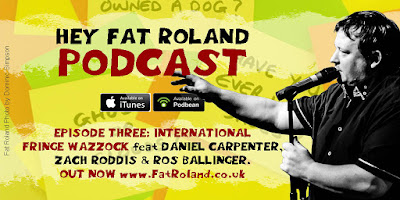 The third episode of my Hey Fat Roland podcast is now out.

Hey Fat Roland is a fortnightly podcast about meeting people. In this third edition, I speak to Daniel Carpenter, the co-founder of the literature organisation I run called Bad Language, I catch up with ex-poet Zach Roddis at the Edinburgh Fringe, and I attempt to have a filthy conversation with performer and comedian Ros Ballinger.

I realise the whole Fringe diary kind of stopped. This is because I'd booked to attend more shows than that time the Queen snorted a load of Corgi dandruff and went HAM on Ticketmaster.

I also realise that my regular music readers have been starved of audio love, so to keep you going I've embedded a live session of A Huge Ever Growing Pulsating Brain That Rules From The Centre Of The Ultraworld. It sounds nice.

Where was I? Oh yes. The last show. My fourth and final Hey Fat Roland! 40 Minutes Of Idiot got a full house. Someone even entered the room halfway through, looked at the number of people, thought "stuff this" and bogged off.

While last year's show took a preview and four Fringe shows to really get off the mark, this year's show worked pretty instantly. There's a lot of content, and I'm much more attuned this year to laugh-points throughout.

Indeed there's a LOT of content in this one, and my main struggle was to allow time for comedy moments to hang in the air. Like allowing time for the audience to giggle, or allowing a beat for a 'topper' comment, or giving space for a heckle? That. It's a good problem to have.


Overall then, very pleased. I'm disappointed to have to finish after four shows, but I'm utterly grateful to Laughing Horse for the opportunity. I got fantastic audience reactions and twice the average audience attendance than last year. Brills.

Roll on next year, right? Bigger and better. And yes, I'm already writing next year's show in my head...

Fringe 2016: the gates of hell and/or one more show to go

My Fringe run is nearly over. You have one more chance to catch Hey Fat Roland! 40 Minutes Of Idiot: tomorrow at 11am-ish. After that, the gates of heaven shall close and we'll all be cast into the eternal fires of non-entertainment.

After a quieter second show (to very appreciative people), I'm chuffed as pants to say I've just had my biggest Fringe audience yet. They were laughy from the get-go, and I spent the following twenty minutes in a warm, cozy brain hammock I never wanted to leave.

The Red Arrows just flew past my window. Just afterwards, one of those fancy horse and carts just rode past with the feather hat fascinators that horses like to wear when they're feeling all gitty and showy-off.
No comments:

I'm writing this in quiet gardens tucked away from a main run of bookshops and cafés. Seagulls are bullying the other birds in the sky above me. If they get into a fist fight, I'm outta here, mainly because of the birds-not-having-fists thing.

I've got half an hour until I see Sam Simmons, whose show last year won the Foster's Comedy Award. I bumped into him after seeing that show last year ("hey, front row guy!") and he was really flipping lovely.

The turnout to my first show was enough to fill the front half of my (larger) venue. A good size for the morning of preview day. I'm happy about that.

The show feels sketcher than last year, pinballing from one idea to another. More rattly but, looking at the audience response, no less funny. Fresher, p'haps.

There's one bit where I sneak in pictures from pieces rejected from the final show (dinosaurs written for Speak Easy, Spice Girls written for First Draft), not that the audience would know. A little nod to myself, that.
No comments: 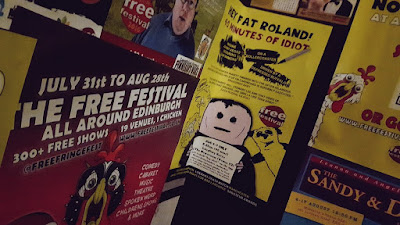 I'm at the Edinburgh Fringe so I thought I'd keep a diary. Why not? Actually there are loads of reasons why not. Let's just press on, shall we?

It's the eve of my first show and I've just done a load of re-editing. I'm much happier now with the running order. In fact, I'm excited. One of my props is a hand-made record in a record sleeve and it's soooo cute.

I spent much of today traipsing around venues putting posters up - or being told I can't put posters up. Big thanks to Beach Hunks Jack for spurring me on and getting wallpaper paste all over my hands. Go see their show.

When I was flyering today, one chap doffed his cap to me and a coach driver gave me the thumbs up. As if to say good luck for the long performance month ahead of you.

If only they knew. I'm only doing four dates. By the time you read this, you may well have missed one of them. Check here for Hey Fat Roland details - or search 'hey idiot' on the Fringe app.
No comments: