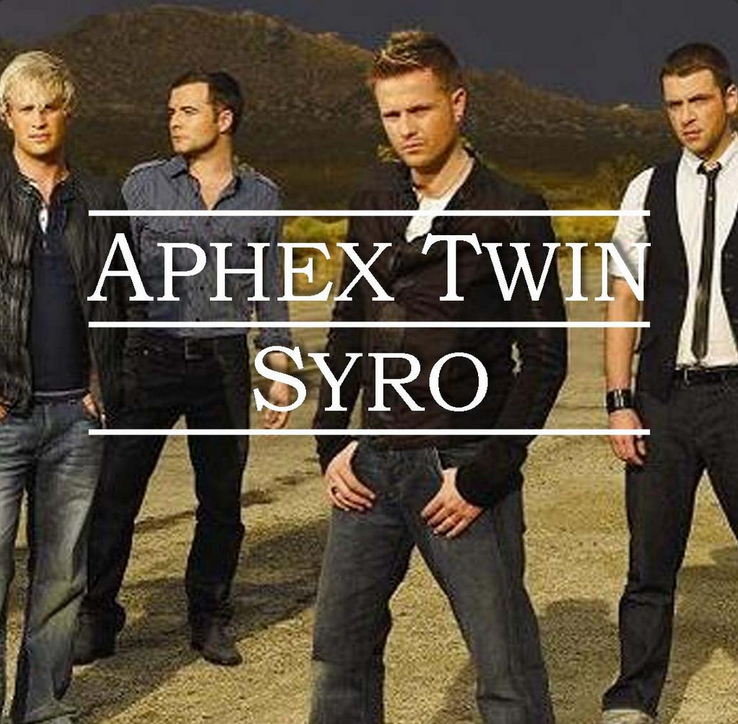 Aphex Twin's new album will be a collection of ballads with Irish boyband megastars Westlife.

Mr Aphex announced his first studio album for 13 years by threatening London with a zeppelin and then a small ad in the back pages of Loot, otherwise known as the "dark web".

There was also a posting on his official Twitter account, which read: "nuAlbum with WstLfe, theyre the 1s with Ronan in, rite?!".

The reaction from the music industry to Aphex Twin's comeback was swift and overwhelming. [Note: insert a bunch of tweets here and pass them off as journalistic quote sourcing.] Also, Phats & Small were unavailable for comment. Skrillex did hold a press conference at which the only attendees were Chase & Status, Nile Rogers, a bloke from Disclosure and whoever's left out of Milli Vanilli.

The album will be available in gatefold vinyl which plays, greetings card style, Avril 14th when you open it up. The first 500 copies will come with a free "Squarepusher sucks" sticker.

Alongside a live tour with Kid 606 and Austin Mahone supporting, the album will be promoted with residency on The One Show.

A statement from Ronan Keating reads: "Seriously, it's because we're Irish, isn't it? They just dressed in black and sat on stools. We had dance routines and stuff. Westlife didn't even do curtains properly."

What will the new album be like? Will his window be caustic, lickable or polygon? Further thoughts will be in the next edition of Electronic Sound.

Bonus: a possible album preview has appeared on YouTube: 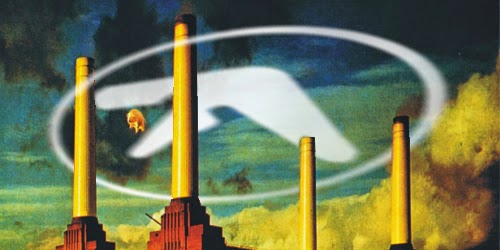 The airship shows the year 2014 with the zero containing his logo. Stencils are also appearing, including at New York's Radio City Music Hall, although it could be those have been there for a while.

One marketing man has already collared the bloke driving the blimp trick ("it's gonna be good"), while another tweeter reckons the blimp contains 2,014 unreleased Aphex albums. Or perhaps it's a load of, er, hot air.

I did a bit of digging around.

The publicity stunt follows a successful Caustic Window Kickstarter campaign that saw £67,000 raised to release a rare 1990s test pressing. The latest missive from the campaign - I'm one of the backers - just mentioned some housekeeping details about a DigiPack release and mentioned nothing of a Pink Floyd-style PR coup.

I rang Oval Space, who are hosting Aphex's label mate Rustie next month for the debut of Rustie's new album Attak. I asked them if the blimp was anything to do with them. They issued a quick denial and told me it was a marketing exercise by Warp Records.

Maybe he's just DJing at Oval's LDN Craft Beer Festival this weekend. Maybe this means all those unreleased albums are ready to go. Maybe - and most likely considering what Oval Space told me - it's to do with Warp's 25th anniversary celebrations.

Either way, I think we can conclude that Aphex Twin is launching an aerial assault on London and we should all run for our lives.

You see where I'm going with this, right? 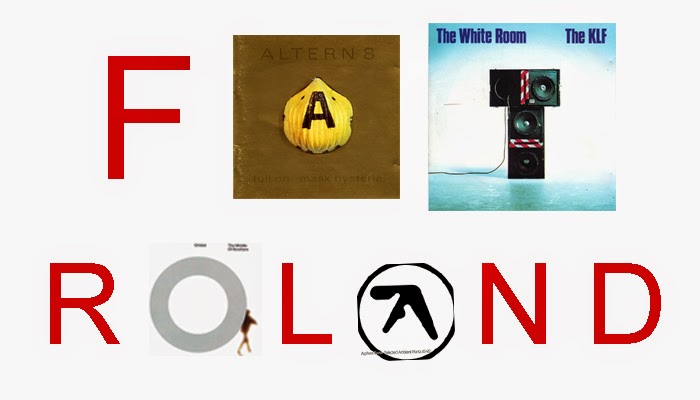 Post suggestions in the comments. There must be a full Fat Roland's worth of complete record covers in this. Damn you, Portishead, for beginning with P.
3 comments: