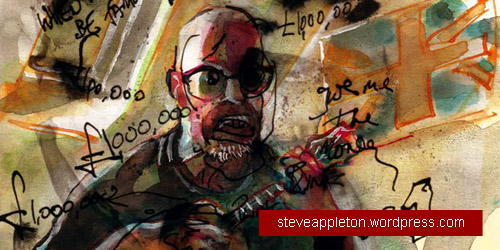 I've had a good January. I don't often say this. I consider myself to have had a month off from doing things.

I wrote some stuff for Electronic Sound. If you want to read those words, it's worth subbing to them. If you want a visual representation if the kind of words I write for them, click through here. That amazingly dark image is broken down here by illustrator Steve Appleton.

While the nights are ugly and the clouds all leaky, I've been staying in more. Recharging my batteries. Still, I went to an enjoyable Speakeasy in Stretford, organised by my writing buddy Dave Hartley. And then there were the two spoken word nights I host: a memorable The Word in Didsbury and a gigglesome Bad Language in the city centre.

I enjoyed my writing critique group in which a bunch of us tear apart each others' stories then sulk for ages. Actually, we're quite adult about it all, and only sixteen punches were thrown at our latest meeting.

I went to the cinema more. Spielberg's Bridge of Spies was a sold historical drama, although I wish he would lay off the sentimentality. There was a great living room scene in which something surprising happened (no spoiler) and he demonstrated his ability to tell an incident as a story-in-microcosm with a series of expertly controlled camera angles; he's still a genius. I enjoyed The Revenant despite it being very much like this Simpson's scene. I'm not as smitten with it as other people, though - there were at least two Revenant moments that were way too Oscar-worthy to be taken seriously. Neither of these films were as good as Room, an extraordinary film about childhood resilience by one of my favourite directors. It takes a dark theme and makes it into something life-affirming and worthy of discussion weeks after you've seen it.

A blogular mopping of brain spillage in six thoughts 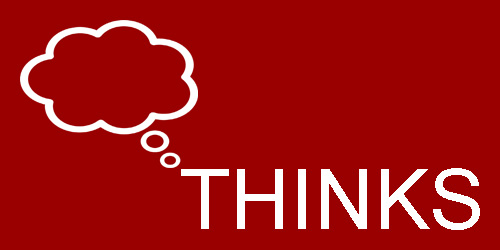 First thought. If last year was like a pressure cooker, the Christmas break was like a release valve. I was rather selfish and did as little as possible. As a result, I'm going into the murk of January far less ragged than previous years.

Second thought. I need to look after myself more. I'm very good at activity and not so good at being healthy. I've been replacing snacks with fruit - and I've been trying to stress less over small things like not posting to Instagram for a while. Seriously though, it's been, like, a month or somefink.

Fourth thought. I'm putting these plans aside. This year's creative malarkey will be about live performance / event organising, music writing and short story writing. Nothing else.

Sixth thought. I want to write blog posts on my phone that are entirely about me talking about myself, and therefore of little interest to anyone else. And I'll attach a six-thought structure to the blog post to give the impression of worth. Ah. I've just done that. Ahem.
No comments: 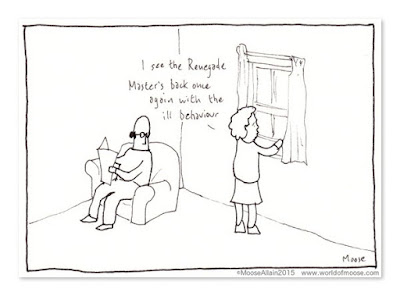 This 'renegade master' cartoon seems to be everywhere at the moment. It's the work of Moose Allain, whose cartoons have had millions of loops on Vine, which is like telly but for small people.

It made me chortle. It's obviously a reference to the 1995 top 20 single by Wildchild, who alas didn't live long enough to see Fatboy Slim catapult his remix of track into the top ten three years later. Sorry. Buzz kill.

There's something nice about jokes that are so far past topical, they're almost into the territory of dad jokes. Like this Pixar tweet.


What's the Pixar lamp got against the letter i anyway? Dick. pic.twitter.com/gvXas3F8dF
— Fat Roland (@FatRoland) December 28, 2015


Perhaps "nice" is the wrong word. "Comforting." Flips. I try so hard not to be nostalgic, but I think it comes with age. It doesn't help that loads of chart dance music by the likes of Disclosure sounds twenty years old.

Anyhoo, back to modern things. I promised to do a Spotify playlist of highlights from my 2015 albums-of-the-year series. It's two-and-a-half hours long and counting. I'm almost there.

Tiny promises that get me through 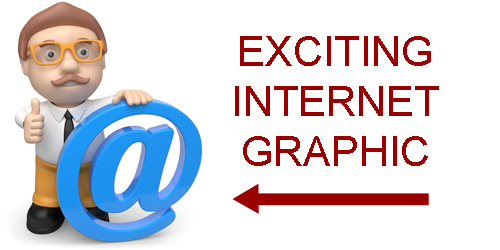 I always say I don't do new years resolutions, but it's not true. I make tiny promises to myself. Not full fat resolutions - just wafer thin thoughts that linger at the edges of my daily routine.

Last year's promise was a success. I decided to back off from internet arguments. Increasingly, I find my energy levels to be a finite resource - particularly after a year of higher-profile performances. So why waste that energy on the fallout from oversharing, or from repeats of that famous 'someone on the internet is wrong' XKCD cartoon?

The promise came as a little mantra:
> my internet is an echo chamber;
> if in doubt, stay positive - or silly;
> if my first reaction is annoyance then back off;
> always ask "is this my battle?"

Wow, the comments I have deleted mid-draft as a result of that... This has been quite cleansing; for me, the web has become manageable.

It also led to me writing a letter to my MP for the first time in a long time.

So I decided on a real-world action. Social media was part of this, but it was at the start and end of the process. In this case, I read about the topic, I wrote and sent the letter, and then - and only then - I tweeted about it.


I don't think I've ever written to my MP before. Who'd have thought that Syria would be the subject to break my duck.
— Fat Roland (@FatRoland) December 1, 2015


There were many more tiny promises, but I think the internet thing was the most successful one.

Not that my record is spotless. For example, I had an eye-wateringly passive aggressive argument with a Ukipper. The ensuing conversation went nowhere. (I was the passive aggressive one, I think, but hey at least we maintained a veneer of politeness.)


@SimonMrshll Absolutely. The more minor parties get a fair share, the more light can be shed on farty old racists like Ukip! #ProRep #farty
— Fat Roland (@FatRoland) May 9, 2015

My tiny promises for 2016? Not telling. The promises are to myself, so I won't tell you until the next twelve months have been consigned to the wheelie bin of history.

Try a tiny promise yourself. Rather than a full-on detox or writing routine or whatever it is, construct a promise that is tiny, wafer thin and, yes, sometimes breakable.


Further Fats: From a poke to a shove: Facebook has chucked me off their site (2015)
2 comments: