A pressing problem: trouble at t'mill for vinyl production 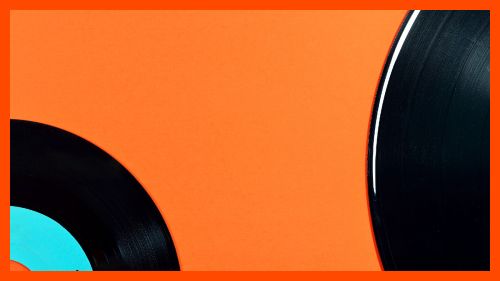 The vinyl production industry is in meltdown. Which could be a good thing if melted vinyl records made crude oil or liquorice. But it doesn't. This means trouble, with Mixmag saying the industry is in "a state of chaos".

I'm planning on buying my mates 37 copies of Ed Sheeran's new album for Christmas. That's 37 vinyl copies to each friend of Ed's =. That's his album name, by the way, not a typo. My pals are going to love me, especially as each one will be individually wrapped in three rolls of toilet paper.

However, there's trouble at t'mill. Are records made in mills? No idea. Anyway, due to extreme weather, staffing shortages, a lack of raw materials, and vinyl now outselling CDs for the first time in history, it's taking longer than ever to get a record pressed. Especially if you're a small label in a queue behind a mass-producing major label. Vinyl production seems to have more delays than a dub reggae remix of the band Delays.

This means consumers may be waiting a long time for their vinyl. A bunch of mums aren't going to get their Abba or Adele for Christmas Day, leaving weird Uncle Derrick to recreate entire albums on the spoons.

It's really unfortunate for small independent labels, who pride themselves on high quality product that's now in an endless queue behind some dreary Pink Floyd special edition. And with Brexit making Bandcamp sales to EU customers uneconomical, they're having to work harder than ever to make any money.

The Mixmag article suggests solutions might be found in an increase in pressing plants, the revival of dubplates, and a more creative approach to physical releases. However, electronic music duo Posthuman seem to have a more pragmatic handle on things, saying the whole thing will burn out soon:

"As soon as it isn’t profitable, [the major labels] will jump ship just like they did before. There has to be a saturation of Led Zeppelin and Elton John B-sides where the public will just say ‘enough is enough, we’re not buying any more’. I don’t think this crisis will last for much longer.”

I'm off to record a cover version of Ed's album on my cassette player. Piano, Casio keyboard, trumpet, kazoo. No spoons. I'll copy it across on the tape-to-tape bit of my old hi-fi unit. If I set it to double-speed, I'll easily have a load of toilet-rollable copies done by Christmas. Sorted.

Further Fats: Do you remember the first time (with your own money)? (2019)