Dicky ticker bloke, I hope you are okay

Flipping heck. First thing this morning, I found myself chatting to a bloke having an apparent heart attack. We had a difficult and, frankly, dark conversation as he slumped to the pavement.

That kind of makes it seem I was watching on as if he was a telly programme, expecting A Big Brother narrator to chip in at any moment. Prodding his nose to see if the channel changed.

Actually, someone else was nattering with 999, and my sum contribution was gaining some pertinent medical detail to pass onto the paramedics, sheltering him with my umbrella because Manchester city centre was piddling down, and nipping to Spar to see if they stocked aspirin. They didn't.

He was way too young to kick the bucket, and I'm hopeful that Manchester Royal Infirmary will stitch his ticker up good and proper and send him on his way. Although the Tory conference is in town at the moment and they're probably burning down all the hospitals within a ten mile radius.

Weird day. Look after yourselves, blog chums. Don't make me have a difficult conversation with you on a rainy Manchester street.
No comments:

This pastoral Four Tet track reminds me of a sad Plaid 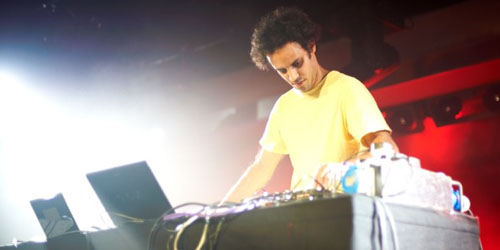 Cor. It's not been a bloggy month. A lot more silence than words. A whole load of white space rather than brain-splurges on your screen.

I was doing so well writing regularly too. Don't worry, I've not been skiving. I've been running stuff at the International Anthony Burgess Foundation, penning words for Electronic Sound and Manchester Wire, and working on that Lowry show I've been banging on about.

Am I too busy? You're probably right. I should take it easy. I should make a hammock, hammer it into the walls of my writing shack, and lose myself in Four Tet's pastoral new track Scientists.

The track is taken from his new chill-out album - yes, I said chill-out album - called New Energy. The album release follows a few equally meditative singles in recent months. I chose Scientists to preview here because it's beautiful and reminds me of a sad Plaid.

Right. Enough listening to this track. Let's write about it! *presses publish*

I'd explain the alpaca thing but it's a long story

I've been quiet for the past week because I've been busier than Mr Busy running a busy business in Busytown.

My cartoons got an airing at The Lowry when I performed fragments of my 2018 show to a room of theatre bods. I've been planning event bookings at the Burgess, which almost derailed when I had to go to hospital with a poorly leg. And I bogged off on a retreat with writing friends to recharge, revive and re-e-wind the crowd say bo selecta.

Things I've learned in the past week:

> The recording of Factory Floor's album 25 25 was delayed by a spider.

> When you pick a kicked-over Mobike off the floor (the hire bicycles that can be found across Manchester), they bleep at you angrily.

> I know way more LCD Soundsystem tracks than I realised.

> If you join the syllables of Nickelback, Backstreet Boys, Boyz II Men, Menswear, Air and Aerosmith, you get NickelbackstreetboyzIImenswairosmith.

> Cumbria community hospitals are very friendly and have doctors whose first name is Johnson.

> Never google the lifespan of an alpaca. 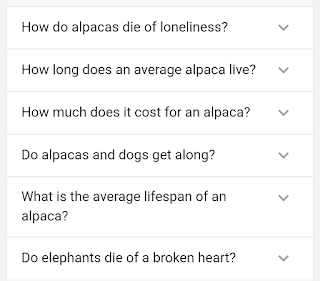 FINALLY, here's what the 'LCD' in LCD Soundsystem stands for 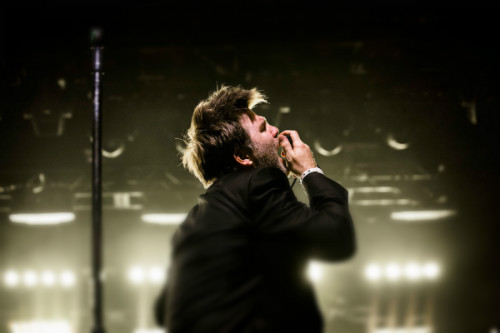 You know what the LCD in LCD Soundsystem stands for, right?

I was in Lidl shopping for lightbulbs and I bumped into James Murphy. Typically for him, he eschewed the customary trolley or basket, and he was clutching at least a dozen polar bear plush toys to his chest.

"What does LCD in LCD Soundsystem stand for?" I asked James.

James frowned. His reply was a bit muffled. He was struggling a bit with the polar bears and I think the fluff was tickling his nose. "Mffmmfff mfmfffff," said James Murphy.

He then said something else, but it could have been anything to be honest. I would have shifted one of the cuddly polar bears from his nostril, but I didn't want to drop my lightbulbs.

I punched past him to get to the front of the queue, and once I'd shouted at the cashier, unplugged the card machine for a laugh then scooped an out-of-date bus pass from the bin outside the front door, I'd almost forgotten about my chance encounter with James Murphy.

"He probably said Lovely Compact Discs," I said to the bus driver as I tried to blur the expired bus ticket in front of his angry face.

I've written a review of LCD Soundsystem's latest album 'American Dream', which may or may not be available on compact disc, for Electronic Sound. Here's the single 'tonite' you've probably already heard but probably should hear again.

Email ThisBlogThis!Share to TwitterShare to FacebookShare to Pinterest
Read more on: lcd soundsystem

The baron's back: Dave Clarke to return with The Desecration of Desire 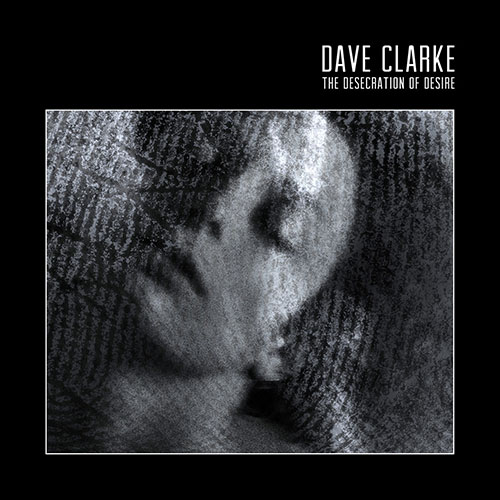 John Peel called Dave Clarke the "baron of techno". Which probably makes me the jester of journalism. The butler of blogging. The scullery servant of scribbling about electronic music.

I first happened across Clarke with his Red recordings from the 1990s. His debut album 'Archive One' came in a red cardboard case with a perforated strip. I still remember tearing that strip. I do the same on washing detergent boxes, but the powder inside doesn't sound as good as techno.

Dave Clarke is back with his first full-length album since 2003. 'The Desecration of Desire' will be out next month on Skint Records. Yes, THAT Skint Records. The lead single 'Charcoal Eyes (Glass Tears)' a fairly functional stomp with a nice elastic bassline - listen below. There's a Terrance Fixmer remix that pumps up that bassline with some kind of industrial Viagra - worth desecrating your ears on that too. 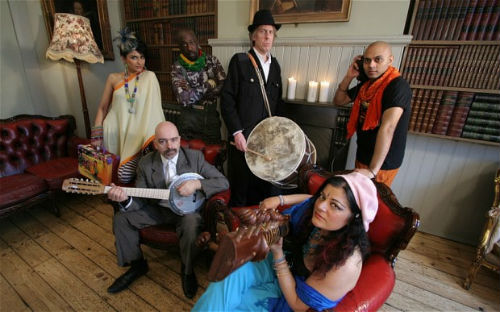 I'm off to see Transglobal Underground at Band on the Wall tonight. Their 1993 album 'Dream Of 100 Nations' has always been a favourite: full of forthright pan-Afrasian techno, and a great introduction into the world of Nation Records, Natasha Atlas, Loop Guru and Dreadzone. Fusion techno that's as agitated as it is celebratory.

Below, I've plopped down some YouTube embeds for you to listen to, all taken from that album.

Banco De Gaia is DJing too: his 'Last Train To Lhasa' album is a modern ambient masterpiece that, thanks to dreamy samples, changed the way I heard choo-choo trains forever. The same way The Orb made fluffy clouds magical for evermore.

Put aside your chores - grouting the cat can wait. Listen to Banco De Gaia's Kincajou below.

So much of my blogging seems to look back to the 1990s, and this post is no different: but I'm proper looking forward to seeing this lot right now in 2017. The world needs their trippy madness more than ever before.