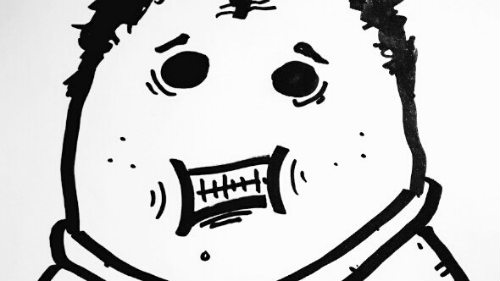 I'm doing a show at the Lowry theatre in Salford, and you should come. I don't care if you're reading this in China. You should definitely come.

The show is called Seven Inch, and it's my third solo show. Here's the blurb:


Surrounded by a set built entirely from cartoons, Fat Roland’s one-man show is a hilarious and touching spoken word comedy about music, loneliness and not-quite-teenage kicks.

This all came about because I won a national pitch for inclusion on the theatre's Developed With scheme. I get to do two nights as part of the Lowry's Week 53 festival, and I get extra stuff like a special hat, access to a secret shark pit, and the ability to drop buttered toast the wrong way round and still pick it up and eat it.

It's going to be mega, and if you buy tickets now, I'll totally keep a picture of you in my wallet forever, and not in a creepy way. Okay, In a SLIGHTLY creepy way.
No comments: 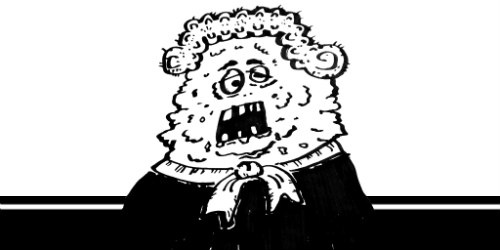 You think you had a miserable start to 2018? I started it with jury service.

At 9am on Tuesday 2nd January, I found myself in court trying to look as suspicious as possible so I'd get let off. Even with the stripy jumper, eye mask and teetering swag bag, they still made my do jury duty.

On the positive side, they were VERY impressed with the barrel roll I did when entering the court room. "Cool moves, dude, quack" said the judge who also happened to be a six foot duck. It helped that the made the guilty people dress as as Hamburglar.

On a slightly less stupid note, I found jury service fascinating. I got to sit on a trial, and even managed to be foreperson of the jury. After all, why would you pass up the chance to be the bloke who reads out the verdict? Dead exciting, right?

Parts of it were tough. We were faced with a split jury, with most of us leaning towards a legally correct but morally unpleasant verdict. Announcing the decision in court felt like dropping an incendiary bomb into the lives of real people. But I did my job well, as did all of my fellow jurors, and during deliberation I managed to lead a group of people through a field of decisional cowpats without getting poo everywhere.

If you're facing the prospect of jury service, my guidance is simple: research your role and do it well, keep a logical head, make friends, bring a pack of cards, don't continuously moan about taxpayer money, get fresh air when you can, and don't expect wifi. Oh and judges rule. Even the one in my cartoon.
No comments:

Before they released their amazing Music Has The Right To Children debut album, Boards of Canada produced some odd remixes.

Firstly, here's BoC taking on Colonel Abrams' 1985 hit Trapped. I'm a big fan of the Boards, but this is kinda horrible.

Secondly, here's an alternative take on Trapped. The original song is almost incidental as Boards get all Autechre on us. In fact, it's so Autechre-y, it doesn't sound much like BoC at all.

On this third remix, they get it right. This time they're taking on Midnight Star's 1986 song The Midas Touch, a minor hit in the States but a top ten hit over here in the UK. The BoC beats are upfront and centre, as is the original track. The dour electronic workout juxtaposes nicely with the glittery video.

I can forgive all this not quite working: they were unofficial remixes under the alias Hell Interface.

Incidentally, the Hell Interface alias appeared again on a 1997 Christmas compilation called Whine And Missingtoe, with a spooky track called Soylent Night. If BoC were the Whine, then V/vm Records' James Kirkby was the Missingtoe: for the album, he produced a terrifying Chipmunk version of Hark The Herald Angels Sing and a truly Satanic version of Jingle Bells called A Sprig Of Holly On The Electric Turbine. Ho ho ho!

#SevenInch: Buying some Ed Sheeran from a record shop

It's a Seven Inch video diary in which I, Fat Roland (me), talk about something for a minute, In this first edition, I go to a record shop to buy a song by Ed Sheeran. All the cartoons are by me.

The audio's a bit loud, so watch those delicate ears of yours.
No comments: 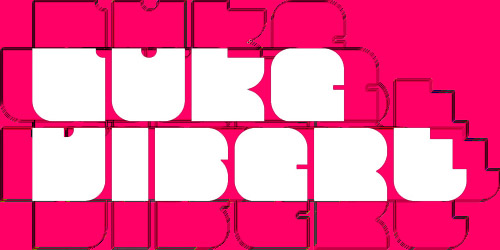 Original Hate Brother and jolly acid plugger Luke Vibert did something quite impressive with a track called Muddy Puddle Trot by Brainwaltzera.

You might remember Brainwaltzera for their starring role on this blog a week ago in my run-down of the best electronic music of 2017.

Something short and nasty from Not Waving

Here's something short and nasty from Alessio Natalizia, otherwise known as Not Waving and as one half of acclaimed ambient duo Walls. Me Me Me is taken from Not Waving's second album Good Luck (Diagonal).

The homemade film featuring children prancing about is straight out of the modern Aphex Twin video stylebook. In this case, the children are skeletons, and their skull faces are a perfect match for the snarly acid. 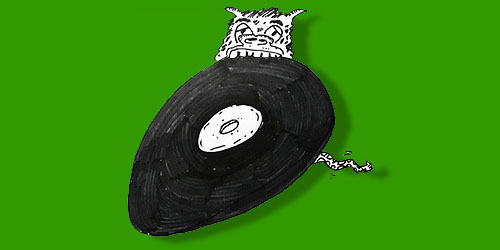 New Year's Day is a strange way to start a year. Everywhere's shut, no-one does anything, and it just feels like a final hiccup before we get cracking with our lives again. They should move New Year's Day to later in the year, when we need a break. July or something.

I spent a bit of time today researching UK number one singles that are bona fide New Year's Day chart toppers: in other words, they reached number one the week *after* Christmas, replacing whatever was official Christmas number one. A new New Year number one, if you like.

Considering it's a quiet time of year for record sales, there are some pretty massive hits in that list. More so than if you chose a random week later in the year, I'd say.

The current UK number one is an Ed Sheeran track that was number one for Christmas last week. So no new New Year number one this year: nothing to add to the list.

However, if this list was based on streams only, today would have a brand new New Year number one. Hurray! What's the song? Last Christmas by Wham.

Oh great. Even New Year can't totally get rid of Christmas.
No comments: