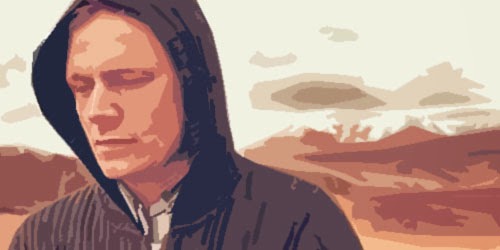 Let's fondle my record bag until it calls the music police.

From the snow-capped mountains of the highlands comes an India-flavoured EP from Cain (pictured). It has that same epic playfulness of Loop Guru (indeed the title track of the Savan EP could easily have been plucked from mid-90s Nation Records). More of that playfulness on the upcoming debut album, please.


Speaking of stuff that takes me back to the past, AI drop a debut Forgotten Truths EP for Metalheadz. You remember Metalheadz? Co-founded by the bloke with the shiny teeth that went on to waggle sticks at orchestras? Anyhoo, this is very much in the vein of classic 'headz and it's no worse off for it.


There's droning acid galore on Black Sites' Unit 2669: the track is over ten minutes long and I'd put money on its distorted nastiness destroying your head in a third of that time. One half of Black Sites, Helena Hauff, runs a club called Birds And Other Instruments. With that in mind, Unit 2669 is a twitching, stub-footed town pigeon with a loaded machine gun. Lovely. 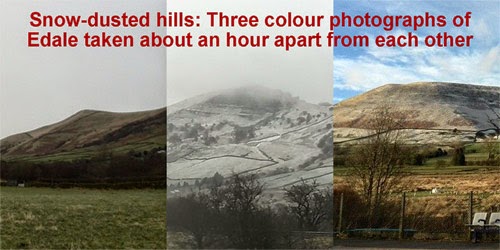 I've been a bit too busy to blog this week, so please make do with this tryptich I snapped when I rambled through the frozen wastes of the Peak District.

An icing-cake blizzard was astonishing in its brevity and beauty, especially when the skies cleared and the sun turned everything proper lovely.

Of course, if I told you the middle picture was taken from the wood-fired comfort of a friendly pub, you might doubt my commitment to braving the bracing winter air of the peak district. I let my chips get a bit cold: is that enough for you? Pah.
No comments:

Prodigy: new album and single and, probably, membership to the National Trust 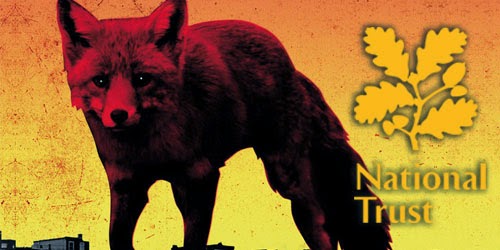 The Day Is My Enemy is the name of the first studio album for six years from beatpunk fire-botherers Prodigy.

Liam Prodge has already described the new album as “pure violent energy”, and with track titles like Wall Of Death, The Death Ray and, er, Ibiza, he’s not wrong.

But you have to wonder how much fight is left in the old boys. Their artwork is a cute little fox. Look at its little ears. Alright, it’s probably going to bite your face off, but you'll hardly find a fox in a pill-spittled chill-out room in the corner of a heaving club.

If John Lydon went all buttery and the bloke from Scooter did a Kerry Katona, then it’s not too much of a stretch to expect half this new album to be a nature documentary. Smack My Badger Up. Less night owls, more… actual owls.

The Day Is My Enemy is an anagram of Tiny-Eyed Mayhems and Eh, Yes My Dynamite. What do you think it means? Let the National Trust know. They’re waiting for your call.

Anyhoo, here's the first single. It's called Nasty and it's probably directed by David Attenborough.

Further Fats: A History Of The Prodigy For People That Can't Be Bothered Reading The Wikipedia Article (2009)
No comments:

Email ThisBlogThis!Share to TwitterShare to FacebookShare to Pinterest
Read more on: prodigy, video 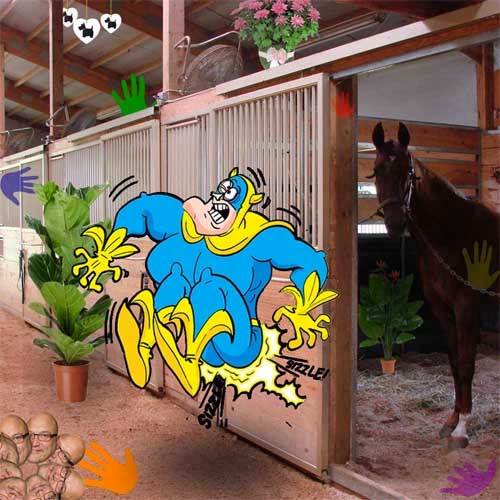 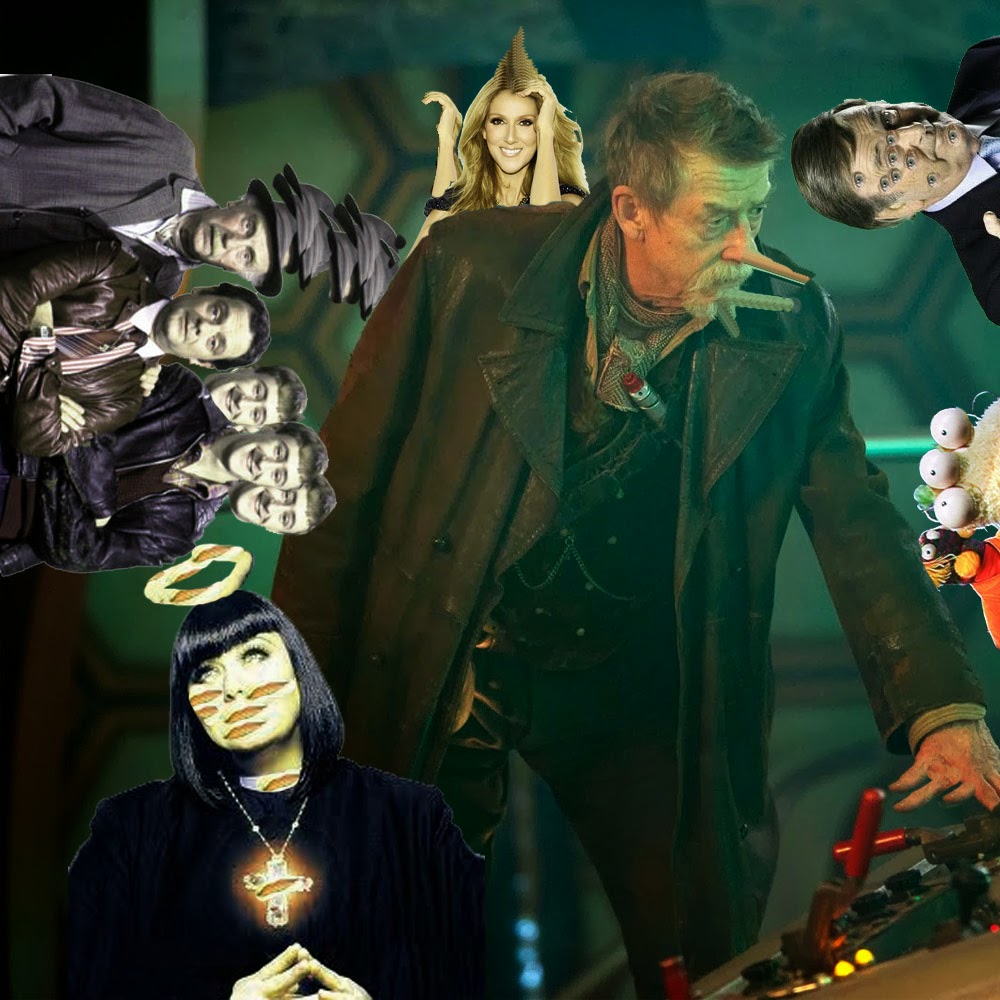 There should be a way of hiding this stuff, right? 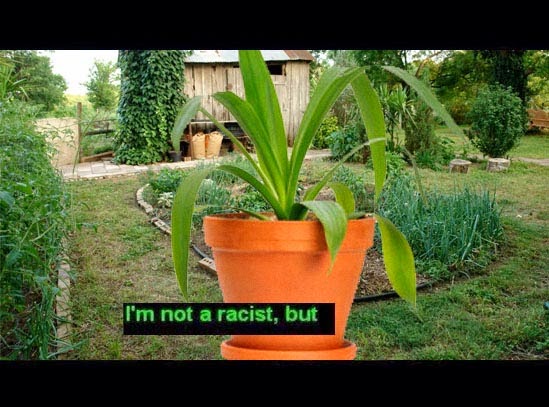 Because I'm not sure what all this says about my mind. 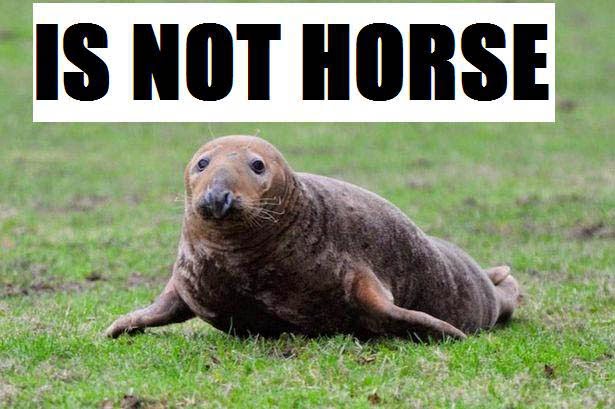 At least that one's factually accurate. 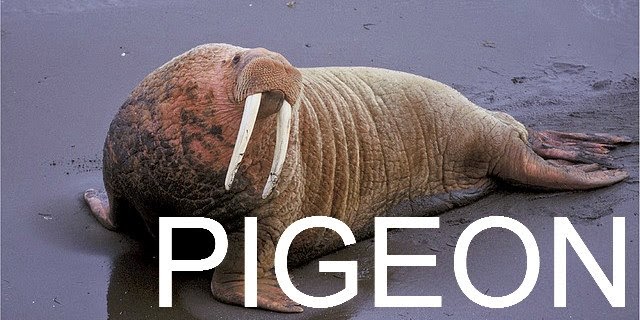 Oh come ON. There's probably a medical term for my kind of brain. 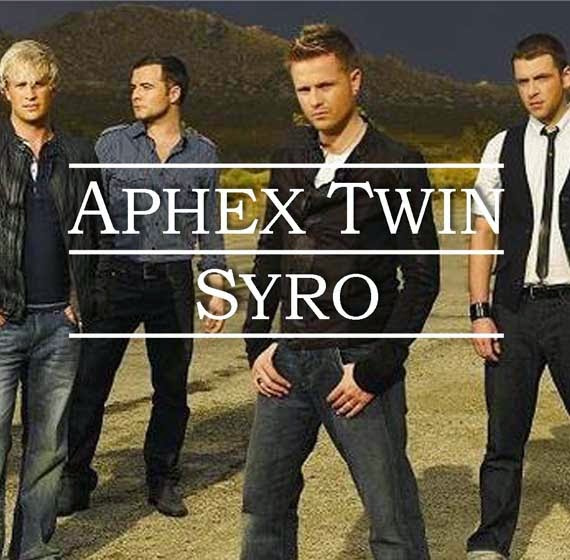 Although I call my brain "Keith". Not Keith. "Keith" in speech marks. 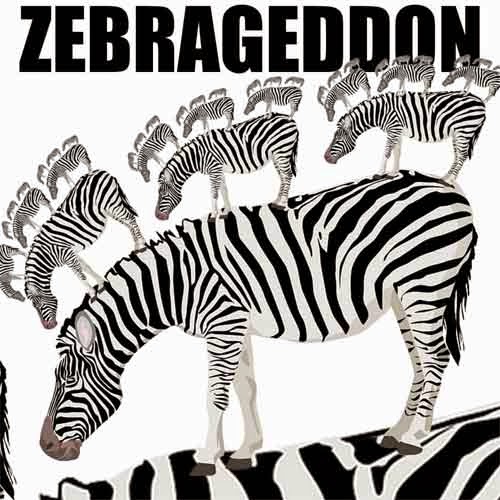 THANKS, "Keith".
No comments: 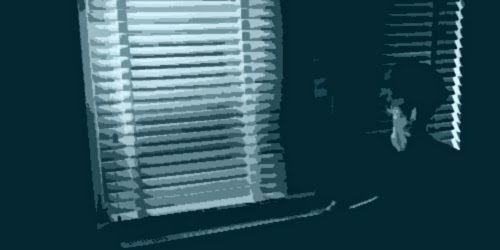 I started something like this last year and it lasted merely days. Let's see, huh? Here are some fresh(ish) bleeps to pour into your ear-vats.


Their record label signed them because they sounded like a cross between The Strokes and Delia Derbyshire. I can also hear Factory Floor and that kind of pulsing LCD indie disco thing. Ghost Culture's slightly 80s vocals may prove divisive, but I like it spiralling into something quite different - their debut album may well be worth a look in.


Floating Points' Nuits Sonores was recorded on a plane. It has a Positive Education-energy about it (surely a sample?), perhaps Four Tet too, and its probably the most epic track you'll ever hear from a professional neuroscientist.


Every frequency is pushed until your ears become all crunchsome and gooey on Hodge's electrohouse banger You Better Lie Down, released in December on this EP here. The best thing to come out of Bristol since, um, (googles) Ribena and/or Tarmac.
No comments:

Some abandoned musics: Body Down by Hounds Of Hulme 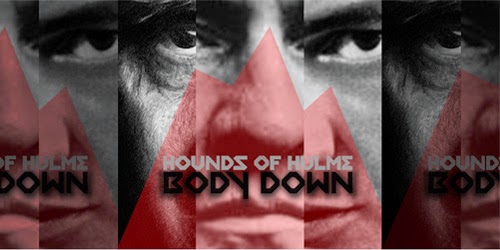 Hounds Of Hulme is a name I sometimes answer to. That, and Fido.

In 2012, I released 20 tracks on Bandcamp, and since then, the music has formed the backdrop to various internetty things like Fractions and a cover version of the Peppa Pig theme tune.

My hard drive is bursting with abandoned Hounds projects. One of those projects is Body Down, a Johnny Cash-mangling track, that is now available to stream or download for free.

Incidentally, any money raised from downloads will go to SOS Children's Villages, who have previously been supported by a Cash memorial fund. They create homes for vulnerable kids and seem to have their head screwed on about things like transgender rights. Which is kind of good and stuff.
No comments:

Email ThisBlogThis!Share to TwitterShare to FacebookShare to Pinterest
Read more on: hounds of hulme

Magic trousers: some words what I wrote for Electronic Sound 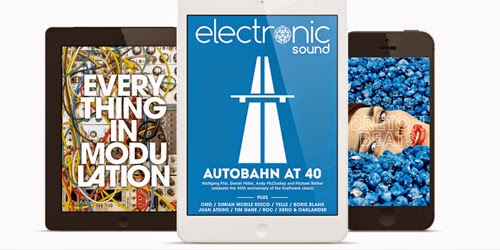 Writing for Electronic Sound is easy. I sharpie a load of words onto paper scraps, eat them, vomit them into a kind of stenching Scrabble spillage, then let the magazine editors scrape up the results once dried.

Here are some of the phrases I've used in columns or reviews for Electronic Sound, without their original context. While other writers bang on about Kraftwerk or Simian Mobile Disco or New Order or Juan Atkins (all in issue eight) and use sensible words like "table" or "cardigan", I'm doing... whatever this is.

There are ten phrases here. Perhaps you could eat them, vomit them, blue-tac them onto your wall, write "my new year's resolutions" above them, then pretend you're not having a breakdown?

"weeping into a quiche"

"Robson and Jerome? Or just Jerome?" 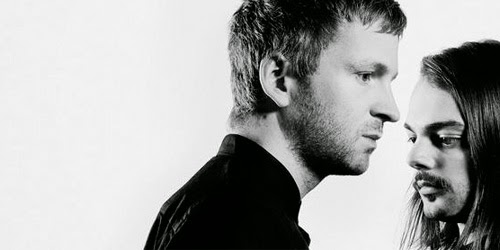 I tend to know most of my annual top ten before publishing it on my blog. Or at least, an idea of what might be in the running.

Still, as part of the process, I earwig around 80 albums. Some albums I listen to a lot, including the ones that don't make it. Many of them are part listens: I just know if something is going to count for the final ten or not because, well, the end-of-year chart is a culmination of absorbing 12 months of music scene.

The final listening process is more about plugging gaps, and wrestling over whether something is going to be number twelve or ten or eight. Kassem Mosse benefited from that process this year, while Flying Lotus lost out.

Sometimes that avalanche of 80 albums can bring an unexpected discovery. Kiasmos (pictured) was one of them. I'd never heard of them, and I was won over within half a minute of the first play. They ended up at number three in the chart after I caned the replay button.

And it seems friends in webland are now converts. Which makes the top ten all the more worthwhile. Hurrah.