Strap in (to the ejector seat): The F1 Losers League is back 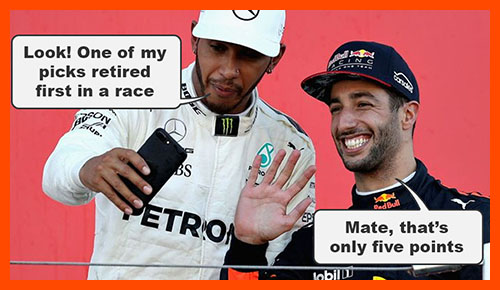 Formula One. It's not why you visit this website. So if you are only interested in my usual topics of electronic music, pop culture, cool dance moves, sick skateboard tricks and how to make a lifesize sculpture of Ronan Keating using only cardboard, sellotape and dozen dead octopuses, then move on.

However, if you are in interested in Formula One, then you might want to enter a fantasy league I am reviving for 2021.

The F1 Losers League is a competition in which you set up the WORST possible Formula One team, and gain points for your team choices doing badly in the real world of F1. The front of the grid may often be predictable, so instead we're celebrating the stragglers and the strugglers further down the field.

It works like this: You pick three drivers and a constructor. You earn points from retirements and rubbish performance. You manipulate those points in the repair shop through gimmicks such as DRS (which in our case stands for "Double Race Score") and Ejector Seats.

It's free to enter. This also means you don't win anything, other than an ability to spot total losers, and a vague worry that it takes one to know one.

If you want to take part, you don't have to do anything just now. However, you could set a reminder by registering your interest in the League.

Okay. Back to the usual content. *draws complicated diagram to show how you can make tentacles look like nipples*

Further Fats: In the next 24 hours, formula one will be changed forever (2012)

Email ThisBlogThis!Share to TwitterShare to FacebookShare to Pinterest
Read more on: f1 losers

Revealed! This year's total hottest contenders for the Christmas Number one 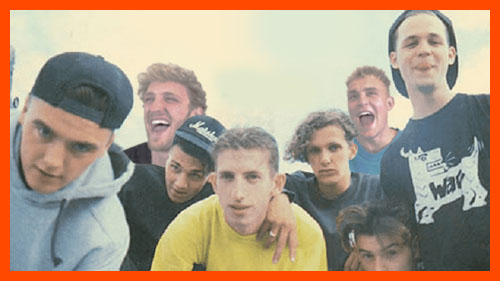 The battle for the 2020 Christmas number one single is hotting up.

For the last 52 years, the festive chart-topper has been a charity single about cheese and onion pasties, apart from that one time a Facebook campaign put a gif of Eddie Murphy tapping his head at number one. What about this year?

Right here, on this page, I can exclusively reveal the eight singles that are vying for this year's ultimate festive first place.

Jess Glynne: Lonely This Christmas
The all-conquering Clean Bandit collaborator hopes to tune into the melancholic side of Christmas with this Elvis Presley classic. The song will be played at half-speed with a gentle folk backing, while Glynne will be laying down her vocals in the chinos department of a burned-down BHS. The cover design will be a sad-face emoji with just a hint of a wink.

Liam Gallagher's Low Slung Birds: Standing On The Shoulders Of Santa
This interminable dirge will feel very much like the non-week between Christmas and New Year, with the over-produced guitars engendering a sense of pointlessness in all who listen. The video will feature Michael Smiley from Spaced being a cheeky chappy before falling into a Victorian sewer and being made to eat his bowler hat. Liam will pronounce "Christmas" as "Chris-me-yaaaass".

Russ Abbott: A Potato
This cheery comedy legend racked up millions of YouTube hits from an old quiz show clip of him singing a silly song about a raw potato. To entertain families during lockdown, he revived the song by video-duetting with many famous people such as Bella Emberg, Prince Andrew and Pol Pot. As a result, potatoes sold out on supermarket shelves across the UK and people had to use toilet roll instead.

The Paul Brothers feat. EMF: Let's All Come Together, Bitches
YouTube superstars Jake and Not-Jake Paul will spend the Christmas season spitting into people's faces, pulling down skirts and laughing at funerals. YouTube will validate their behaviour by not poking them in the eye with a stick. The Pauls will put no effort into their Christmas single, which will be written and recorded in its entirety by EMF. The Gloucestershire popsters didn't want to do it, but it's been a while since Unbelievable and they need the money.

Cat Bin Lady: Drop It Like It's Hot
Although vilified first time round, Cat Bin Lady had an unlikely surge in popularity this year when video remixer Mini-Disc Man made a supercut of her binning a cat set to an old Snoop Dogg track. To offset this yuletide's many feline deaths from inevitable copycat pussycat trashcannings, all profits from this single will go to the Wheelie Bin Protection League.

Robbie Williams: Hello?
This comprises seven hours of Robbie Williams stuck inside a chimney going "hello? hello? anyone?" over and over again, before succumbing to a lack of oxygen and, one day, falling as bones into an open grate while an unsuspecting family celebrates Hanukkah. Not his greatest work, but a damn sight better than his video for Rock DJ.

Various artists: Screams from the void
This is not a song. It is the sound you have been hearing in your brain throughout 2020. You've been humming 'Jingle Bells' to yourself to drown out the noise. When Santa arrives he will devour the saucer of mince pies you left out for him with his seventeen tongues, and then his reindeers will start screeching, the terrible cacophony consuming all known energy and light. Also your fairy lights will stop working, revealing your Christmas tree to be little more than a purloined slab of forestry left to rot inside a house.

Kirsty McColl: F*** You, You W****ing B***boy F****
Not one for kowtowing to woke culture, McColl's archive recording says what we've all been thinkin— (that's enough - ed)

Further Fats: Live blog – Rage Against The Machine versus a small boy with white teeth (2009)

We are the music breakers: You Got The Love 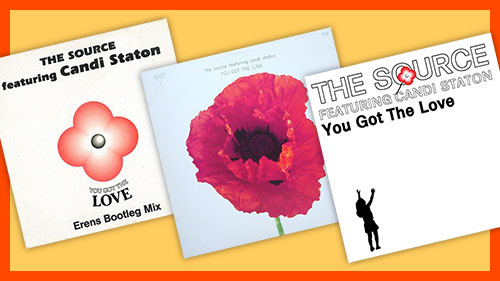 In 1991, Candi Staton's You Got The Love got to number four in the UK charts. You know the track because as soon as it opens with her "sometimes I feel like throwing my hands up in air", everyone looks at everyone else and shouts "tuuuune!"

I never realised at the time, but this was probably my first introduction to Frankie Knuckles, the 1991 hit being a bootleg of a Staton acapella set over Knuckles' track Your Love, itself a beefed up mix of the Jamie Principle original.

That's not the reason why I'm writing this blog post. Fast forward to 1997, and a giddy remix of You Got The Love got to number 3 in the charts, surpassing the original. This Now Voyager version, all chunky breaks and happy piano, was a cracker. I was so excited about this new mix that I rushed into town to get a copy on vinyl.

There's something you need to know about me. I am an idiot. I have a spectacular knack at fouling things up. That's not to say that my purchase of this thrilling new remix didn't mostly succeed: the bus into town did not fall off a cliff, the shop assistant in HMV was fully clothed, and the record didn't turn into a pumpkin before I got home.

In those days, of course, it's not as if I could jump onto Spotify or look up the track on YouTube. We didn't have home internet back then. We only had books and newspapers and gruel. We didn't even have Channel 5, if you can imagine such a state of affairs.

I can still picture myself holding the record for a short while in disbelief at the stupid thing I had just done. It was barely a tap. Maybe it would still play? Can I go back into town and get another one? What do I do now? Is the next six minutes of silence somehow a judgement on my ability to mess things up?

And so now, whenever those lyrics begin – "sometimes I feel like throwing my hands up in the air, I know I can count on you" – I turn to people and say "tune" but I also think of that simple mistake. I also think of my ability not to take these small things too seriously: I'm at peace with my idiocy.

As Candi herself says:

Daft Punk not living up to either part of their name 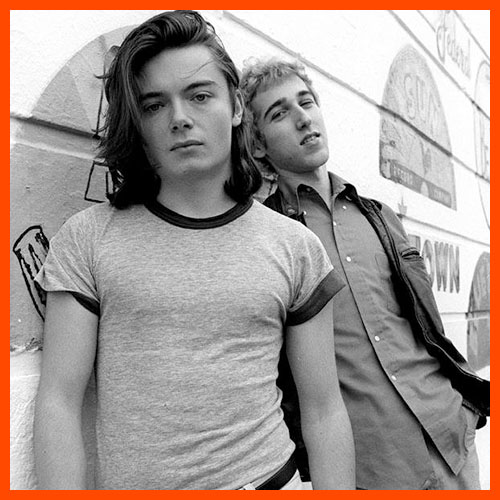 I love this photograph of mid-1990s Daft Punk.

They look like they're about to record a cool skateboard fails video but their mate with the camcorder hasn't turned up yet.

They look like an N*Sync tribute act just after the other band members quit.

Guy-Manuel looks like he's asking for his ball back, and Thomas is so over with Guy-Manuel always kicking the ball into other people's gardens.

They look like they're filming a Breakfast Club sequel. Or if you squint, they could be a pre-pubescent Jay and Silent Bob.

They look like they've just finished a particularly coordinated graffiti session in which they perfected the logos of Sun Records, Motown and, right at the edge of frame, the Beatles.

They look like, and is final, two unassuming DJs who had just knocked out one of the most revolutionary debut albums in dance music history. I mean, wowsers, I know this is stating the obvious 25 years too late, but how damn good was Homework?

Shortly after this picture was taken, the pair had their veins replaced with iron tubing in their first transition into all-conquering robots. You can see more pre-helmet Daft Punk pics at Daft Bootlegs, which includes Thomas wearing a Back To The Future t-shirt at Manchester's Bugged Out. 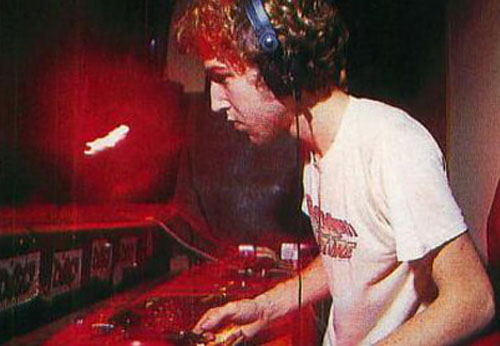