Ties out, chaps, we've got some stranglin' to do

The final throttling of Top Of The Pops' twitching, broken body is only to be expected. The Suits have had their ties out ready to strangle music for some time now.

David Cameron slammed hip hop for encouraging knife and gun crime, which is a predictable return to Michael Howard's covert racist agenda. Cameron said you have to say these things even though you may get "a lot of bricks thrown at you". Now there's an idea.

So the Tories are going to ban black music. Shocking things are afoot in the House Of Lords too - Lord Beaumont is trying ban the use of muzak and TV in public places. The tellybox I can cope without, but piped music is an artform in itself. The best kind is when the CD sticks and you're bobbing away to a soundalike Aphex Twin in the middle of Nando's.

Public music can grate, but only when trendy young things play wonderfully-produced r 'n' b through mobile phone speakers at the back of the bus; one of these days, a sound engineer is going to stab their ears off.

Thank goodness we have Sometimes Records and their Volume events. They recently stretched their artistic arms around the whole of the Green Room.

So Simon DJed Weezer and Marie DJed Duran Duran (probably - I wasn't listening, sorry). One art group had decked out a side room with Norman Mailer and Jack Kerouac books set neatly beside a beautiful selecton of hats.

TheyBreakInPieces used binaural mics, which go in your ears, to transmit a mesmerising symphony of ping-pong balls, scrapes, echoes and body movement. Sam from Sam And The Plants played accordian and guitar alongside short video pieces of leaves and forest junk set to gun shots and explosions.

Drunken Chorus introduced us to The Friend We Never Knew in a theatre piece that was warm and funny. And Dan Amos got pissed and treated us to a karaoke run-through of his Thunderheart album.

Maybe we are approaching the day that music dies. Personally, I thought that happened when Madonna did that bloody awful Don McLean cover. But in an age where the Man is doing his best to throttle good music, may people like Sometimes Records continue to be a neck brace in a world of stranglers.

I may need to rethink that metaphor.
No comments:

Oh look, BALLS! Despite the last minute venue change, and the lack of Fil and his phenomenal powers of spatial awareness, II was a massive success on Wednesday.

The Bay Horse basement looked like the bastard child of an art deco brothel and a hunting lodge, and golly-by-gosh did the space work. It limited our options - visuals were not easy and the walls were made of paper - but the theme seemed to go down a treat.

The theme was balls, which meant ball-related visuals including Johnny Ball and testicular cancer (nice), and we tried to get as many balls into one space as possible. So there were cages full of balls, plasma balls, juggling balls, glitter balls, a stick-and-ball game, spot-the-ball and a mailing list form which encouraged you to fill in your title as if you were at a ball.

We knew we had reached ball nirvana when we had punters choosing tracks using home-made lottery balls. Strangely, and by absolute coincidence because it was randomly chosen, the last track of the night was Jackson And His Computer Band's Utopia, a tune best known for its use in the O2 advert with the (ball-shaped) bubbles. Snipples from the advert are dotted around this post.

Big thanks to those who made the night happen, including Kol, Fil, Stephen, Sarah, Cris, Kev, Lev, Ben and others, and big-up to Kid Mingus and Pachuco for being brilliant. We had a ball. (Cue laugh.) Let's see another BALL!

My fun wasn't over. A few hours after we had packed away and thrown ourselves at the mercy of a rip-off taxi driver, I headed to the beautiful Isle of Anglesey for an overnight snooze in a tent.

It was a vaguely sinister couple of days. On the train there, a man gave me a look of death and then I realised he was staff and I was scared. Then there was the lady who told me all about her forklift driver sons who have just bought a house together in Grimsby, and I swear she had a knife behind her back. Probably.

Anglesey is the opposite of a box of chocolates; it is predictably dull in the centre but rich and surprising on the outside where all the sea and sand and coves are. Yes it has a McDonald's but it has retained a strong Welsh character.

I camped at the excellent Bagnol Caravan Park, where all the caravans seem to have net curtains and therefore no view. I was sharing the field with three pleasant for soccer fans; they listened to the wireless and said "how do you do" all the time (I think). And we were surrounded by strange wooden sculptures of staring monsters, which became all the more sinister since I couldn't get Venetian Snares' haunting Szamar Madar out of my mind.

Oh bless, a SMALL BALL! On my second day on the island, I discovered a writing workshop with Janice Madden. She has just written a book about her Aunt who was murdered then exhumed for the head to be removed. It has taken her seven years of toil to get this book done, so I wish her every success.

I meandered back home and chatted to all the interesting Irish people fresh off the ferry (I loved the Kerry man's story of storm waves hitting the side of his ship "like an anvil"). By this time, the only tune I had in my head was Smokey Robinson's Tears Of A Clown.

What a wonderful carefree few days. As the song goes, "Now if I appear to be carefree, it's only to camouflage my sadness." Could life get any better? *...sob...*
2 comments:

Tomorrow night (Wednesday)'s II will not be at Cord.

Instead it will be at the Bay Horse which is still in Manchester's Northern Quarter, quite near High Street where the trams go down. It is very near Bluu, almost opposite in fact.

The Bay Horse have been very accommodating, so do come down and spend lots of money at their bar. II will run from 8pm til 11pm, is totally free and will feature me, Pachuco Plays Pop and Kid Mingus.

Here is a map which shows roughly where the pub is.

Pachuco will headline II this Wednesday (June 14). The self-styled king of the disco-tech will produce a set called 'Pachuco plays pop' - read more about Pachuco and II on my main website by click-click-clicking here.

I've also updated my chart page on the main Fat Roland website. Cavalcade Of Glee And Dadaist Happy Hardcore Pom Poms is the latest offering from the ever-more-intoxicating Venetian Snares, so lookee!, there they are at number one in the only chart that matters, the Fat Roland chart (you can play a fanfare on your kazoo now). Nathan Fake has popped into my top ten too.

I've also slotted in A To M Design on my Chums page on fatroland.com. Mike Fallows is the M of the company (I guess) and he is one of the nicest guys in Fat Roland's universe. And that's a big universe, with lots of planets, pies and alphabetti-spaghetti shaped moon cheese. 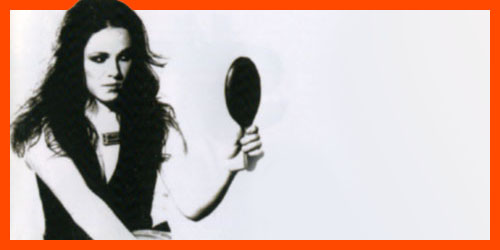 Like marshamallows in hot chocolate, underground movements will always rise to the top. The long spoon of record company manipulation decides what stays on the bottom of the cup and what gets fed into our mouth, making us fat in the process.

My metaphor is convoluted and confusing, as is the situation involving the latest 'underground sensation' Sandi Thom.

Nizlopi and Arctic Monkeys famously used the web to propel their songs to the top of the charts, displacing the Pussycat Dolls and Shayne Ward respectively. Now we have Sandi, a KT Tunstall-type singer songwriter -- no, wait, don't go to sleep yet -- who turned heads by broadcasting her live performances on the world wide internetweb. She received tens of thousands of hits, prompting RCA to wake up and offer her a deal.

As a result, Thom hit the number one spot on Sunday with I Wish I Was A Punk Rocker, ending Gnarls Barkley's sixty two run on the top spot. So hurrah for the internet, again. Yes?

I hope she has sensible shoes, because she is wading through a quagmire of record company manipulation and scandal. Step aside Diana, JFK and Roswell, this is one conspiracy theory that will run and run until it kills us all or falls off a cliff.

How did she really come from nowhere when she's been hogging a publishing deal for at least a year? Where did she get the money for the bandwith needed for tens of thousands of people streaming videos on her site? Did she really strike a deal with a PR firm in 2005? Is this one big mashmallowy publicity stunt from RCA?

Or do we just like to knock our singer songwriters because we are fearful of another James Blunt taking over the world?

Number one is not the place to be. In the last year, that position has brought us Gnarls Barkley, the Arctics and Gorillaz. But it has also forced upon us Crazy Frog, James Blunt, Westlife, Shayne Ward, Chico and that godawful Leo Sayer travesty.

That's the good thing about electronica. It will probably never rise to the top, instead choosing to wallow at the bottom of the cup where all the sweetest chocolate can be found.

See my main website for the latest information on the next II on June 14. That's a week Wednesday or Wednesday week, depending on which side your grammar is buttered on.

My site features a famous man holding a ball. Lookee!
No comments:

Exploding eyes - but is it art?

Every month or so, I make drinks and generally lend a hand at Nexus night cafe. It's a post-club coffee bar which will hail you a taxi and perk up your mind with cappuccinos, frappercrapperchinos, blue jeans and chinos, and whatever else the industrial sized coffee machine will spit out.

Nexus is now hosting its first art exhibition, and here (above) is the flyer for your eyes.

The opening night is June 14. I like to find plugs in the same way the people on the Poseidon didn't, so here is an obvious plug... After the exhibition's preview at 6pm on June 14, I will again be co-hosting II, a regular club night of unepic proportions. So come along to II, at Cord in the Northern Quarter, from 8pm on June 14. And go to the exhibition too.

It's so exciting, it makes my eyes explode.