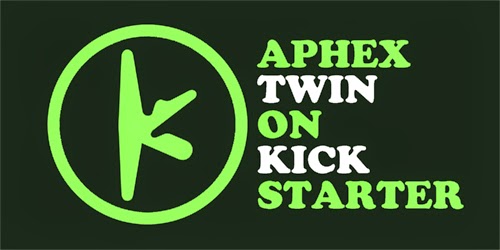 It took mere hours for a budding entrepreneur to raise the $13.5k needed for a new Aphex Twin album.

Well. Kind of new. A bunch of old test pressings under the Aphex alias Caustic Window have been gathering dust since the 1990s. The owner has now decided to release the recordings, and with the permission of all concerned parties, a Kickstarter campaign has started for anyone wanting to own a digital copy.

The fundraising idea began as a speculative survey on the legendary We Are The Music Makers (WATMM) forum, and it's now the owner of that forum, Joyrex, who is coordinating the campaign for these lost recordings to see the light of day.

Joyrex, himself named after Caustic Window releases, said on the forum:


"I think any Aphex Twin fan (myself included) would dearly love for Richard to release any new material, and for whatever reasons he hasn't yet, this is an opprotunity for the fans to let Richard know there is a demand for even his older material.

"This may not mesh well with Richard's personal wishes (there was probably a reason he didn't commercially release this), but since this is fan-driven, if anything, it will convey to him and the labels the fans are willing to support their favourite artists in unique ways."

Richard D James, aka Aphex Twin, gave his blessing to the project, as did Rephlex label boss Grant Wilson-Claridge. That in itself is remarkable: Grant himself told this blog two years ago that it would be nice if more attention could be paid to non-Aphex things. He's right, of course. Dave Monolith produced one of the best albums of recent years and Bochum Welt is rarely far from my earbuds.

The original idea was for the digital Caustic Window release to be limited to a few hundred backers, but that has now been opened up and the campaign is fast approaching the $20k mark. You can donate here. The original recording will eventually be auctioned, and there is a plan to split those proceeds between Richard James, the Kickstarter supporters and charity.

It's a long time since I've been on the WATMM forum. I suspect my account's been deleted. But amid the in-jokes, image memes and (I seem to remember) huge numbers of ASCII pictures of burgers, is a dedicated community of electronic music lovers.

This campaign is a rather impressive outpouring of that bleepish, rubber-johnnied window-licking love. In the words of WATMM member, MisterE:

Blog your spleen out (with added Balki)

I have been tagged in an awful meme by Tim Footman, and I hate myself enough to rise to the bait. The hook is in the flesh of my cheek. Now pull. 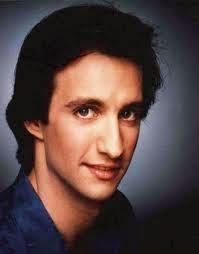 To make this more palatable, I have peppered this blog post with pictures of Balki Bartokomous from Perfect Strangers. Let's just get through this, shall we?

WHO / WHAT ENCOURAGED YOU TO START BLOGGING?

My ex-journalist ego, probably. Also a man called James and a colourful feline.

Blogger is like a washing machine: ugly, noisy and most of the buttons never get used. One of its more bizarre functions is a 'next blog' button which transports you instantly to another blog anywhere in the world, regardless of subject matter or language. In the days before BuzzTube and TwitBook, this is how I used to discover blogs. Click, click, click. 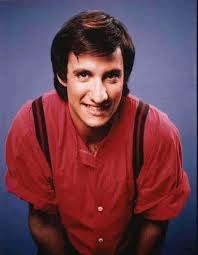 One of the blogs I was transported to was James and the blue cat, a writing fellow. I probably found him nestled between a Korean knitwear site and a fishing holiday journal. I made a tentative foray into the blogosphere because I wanted to be where other writers were, and I wanted to talk about my DJing. There was Quinquireme too. And Cultural Snow.

HOW DID YOU CHOOSE WHAT TOPICS TO BLOG ABOUT?

I didn't. My first post was in November 2004 and I did tend to plug what I was doing, but it wasn't until 2009 until I renamed it Fat Roland On Electronica and I focused on music previews, Warp Records and various noise noodlings that the blog got any attention.

Blogging is different now - Upworthy, for example, is about click-quantity over content-quality. I've changed the name of my blog and I no longer analyse stats other than an annual auditing process (clicks-per-post down 3% in 2013, dontcha know). The success I gained from blogging now keeps me busy enough to prevent me from blogging as much as I'd like. It's a good problem to have.

WHAT IS SOMETHING MOST PEOPLE DON'T KNOW ABOUT YOU?

I once went to Manchester University students' union to interview Travis, but I forgot to put a tape in my dictaphone, so I says "sorry chaps" and never saw them again. A couple of years later, they released The Man Who. In the pantheon of an ever-pedestrian rock scene (thank crap for the Arctics), I now blame Travis for the downfall of rock which is why I stole a time machine from David Bowie to steal that blank tape from past-me.

WHAT THREE WORDS DESCRIBE YOUR STYLE?

WHAT DO YOU LOVE TO DO WHEN YOU'RE NOT BLOGGING? 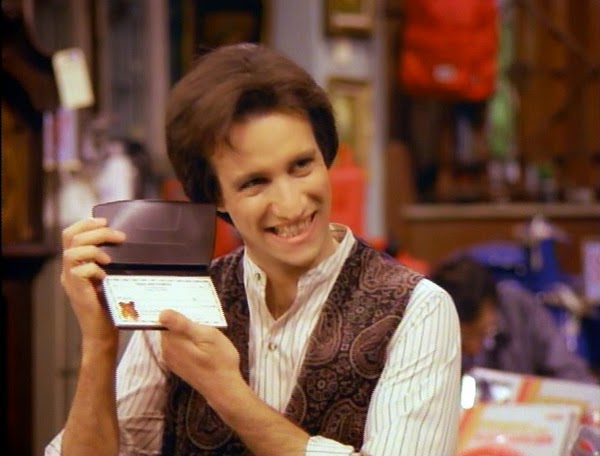 Are you chatting me up, question? You're such a flirt, question. That's a cute curl you've got on your mark, question. Maybe you and me should go on a date sometime. I'm seeing an exclamatory remark right now, but I can't see that relationship going anywhere because, frankly, no-one likes shouting in restaurants. You're not going to be needy, are you, question? Oh. Don't reply then. Fine. I'll snap off part of your mark, make it into a semi-colon. See if I care. Got to go. Exclamatory remark's calling for me. So loud.

Was that alright, Balki?

No, says Balki.
No comments: