Would you kick Shawn Mendes out of the Lost In Translation bed? 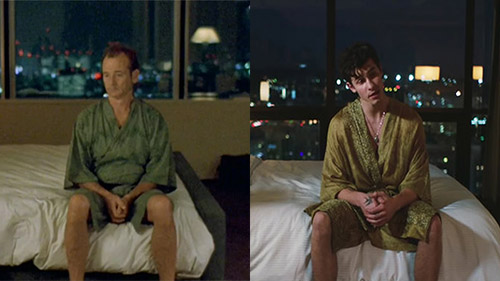 Lost In Translation had one of those great band soundtracks. My Bloody Valentine, Air, Death In Vegas and, at his most heavenly, Squarepusher,

Some pop plonker has come along and ruined all that. Vine karaokeist Shawn Mendes has mimicked Sofia Coppola's 2003 film on his new single Lost In Japan. The fresh-faced Canadian plays the role of whiskey-plugger Bob, originally portrayed by a weather-beaten Bill Murray.

He even recreates Murray's iconic bed-sitting moment (pictured), used as the cover for the original soundtrack release.

This is, of course, the end of all civilisation. We can't have these young whippersnappers ruining classic old things, with their "youth" and their "looks" and their "talent". Before you know it, there'll be a new bunch of teenagers watching the film with their fresh and unwrinkled eyes.

Whats next? 5 Seconds Of Summer remaking Reservoir Dogs? Justin Biebpipe going bezerk on a lawnmower for Straight Story? Jaden Smith as the shark in Jaws?!

Actually, I'd watch that.

Email ThisBlogThis!Share to TwitterShare to FacebookShare to Pinterest
Read more on: shawn mendes

Feel the breeze with Vessels 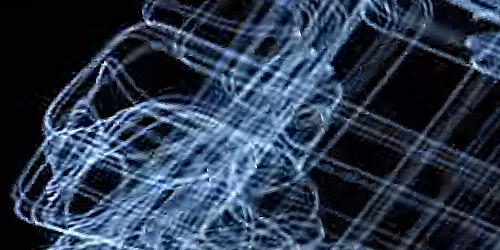 This is Vertical by Leeds band Vessels, a bunch of post-rockers who went techno. Readers, meet Vertical. Vertical, meet my readers.

Get up to speed with this track's slow-build, enjoy a deliciously wet bassline at the three-minute mark, then watch the whole thing soar. You can feel the wind in your hair with this one.