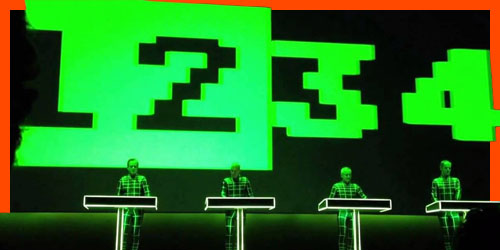 We had plenty of lines at Cord bar last Wednesday, and Kate Moss wasn't even there. Every three months I help run an evening of electronic music and abstract visuals at Cord Bar in Manchester's trendy Northern Quarter. The night is called II (Two) and it has now been running for a year. Our theme this time around was 80s/electronica and much of what we did was inspired by the dull but strangely appealing 1980s sci-fi flick Tron.

We had DJs and visuals and a Pac Man game and Operation. Plenty of beer was drunk and the Operation patient was buzzed muchly. I think it was a resounding success, so thanks has to go to Fil and Kolyn for the visuals, music and, er, the scary no-eyed mask. Thanks be to the gods that are Sometimes Records, particularly Maroogally and Pachuco for DJing.

If anyone has photos of the electrical tape we used to make the floor look like a Tron 'circuit', please let me know. Meanwhile, here is a list of tunes that Kolyn, Fil and I played. It's in alphabetical order by artist, just like my CD collection.