I'd had enough of Barack Obama as my Twitter background. Since he and the Republicans are about to destroy the world with their bickering, I thought I would change it to someone of much greater repute.

Rupert Murdoch (and, by extension, his son Little Jimmy Murdoch) is not only content to smash his way into the phones of murdered skeletons and orphans that are on fire: he has also stolen half of F1 in a decision so monumentally bad, it makes the poll tax, Battlefield Earth and dick-house act LMFAO seem like the most naturally wonderful things ever. More about formula one on Darksphere.

Anyway, here's a yellow Murdoch being a heat-crazed cowboy. I hope he falls off a cliff and gets raped by the sea.
2 comments:

Email ThisBlogThis!Share to TwitterShare to FacebookShare to Pinterest
Read more on: lmfao, teh internets

A piffling statistical analysis of the 27-club 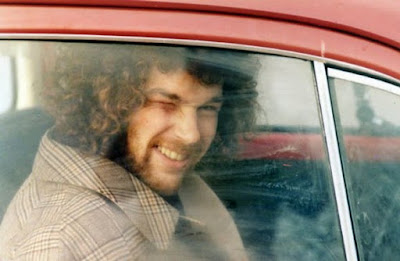 This week, we lost a talented singer because there is something built into human nature that means, sometimes, the power of addiction is stronger than the power to survive.

I don't want to write a blog post about Amy Winehouse. guy_interrupted has already nailed it in words, while Paul Gambaccini has bottled it perfectly on a BBC video despite appearing to be in the middle of a nasty upper-lip infection.

Many people on the netosphere took offence that people were declaring that Amy had joined the 27-club. That's the elite list of rock stars that died aged 27. It seemed trite to mention a piffling statistic, they said. And yes, it is trite.

But since you are reading a blog that came up with the Bri Chart, an analysis of Boring Pauls, a point-by-point comparison of Karen O and Brian Eno and an admittedly impressive list of crowd-sourced Aphex Twin animal puns, and since I've never been too concerned about crowd-pleasing on this festering corner of the interweb, I might as well analyse the 27-club claim.

For more sensitive readers, this may turn out to be too scientific for your feeble brains. I advise you to switch off your computer now and lie down in a dark room.

Firstly, I need good stats. I should look no further than a King James Bible fan site called 'av1611' that tries to demonstrate that rock stars "DIE in youth, and their life is among the unclean" because "their rock is not our Rock".

The fact that a musician who became a teen rock star in the 1960s isn't old enough yet to reach the American mean survival age is a triviality of which, I suspect, their God would not approve.

And so there's Johnny Ace, the Youngest Rock Star Ever To Die. Suicide at 25. You remember Johnny Ace, yeah? He played trombone in the Bluetones or something.

And then there's Frank Zappa, the Oldest Rock Star Ever To Die. Cancer at 52. Or, as the site would insist, 'Wages Of Sin' at 52.

This is science. Pay attention.

Usefully, the fundamentalist Christian website lists the death ages of almost all of the 300+ listed. And so I embarked on a deep exploration of the data on this site. How? I copied and pasted it to Excel.

The result demonstrates there is a 27-club of sorts. On their list, 17 rock stars died age 27. They are:

As a result of that extremely accurate analysis from a fundie-God site (as representative of real Christianity as shoe-bombers are of real Islam), I'd like to suggest we rename the 27-club.

It is henceforth known as the 27-38-24-30-and-some-other-ages-inbetween-but-mostly-27-kind-of-doesn't-really-matter-anyway-club. Everyone who agrees on Twitter, stamp your feet 27 times. No. 38 times. No...
5 comments: 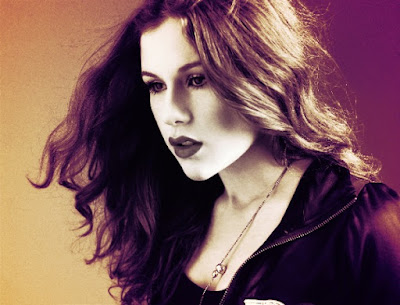 Adele – 21
Imagine a human centipede but with cats. Now imagine the resulting howls autotuned into brown noise which is then magnified into an eternal feedback loop which bursts every eardrum on earth, eventually leading to the death of all humankind. Adele wants to be this, but actually she's just pleasant like a meadow or a Sunday.


Anna Calvi – Anna Calvi
The voice of God if God were a woman, which She is. In a yell-off, she'd scream Florence and her stupid Machine into a cocked hat. Her mouth is so cavernous, it is used as a venue for her own gigs. The entire Mercury Prize awards ceremony is taking place on her tonsils, so everyone's going to have to be careful because one gulp and we're all stomach juice. Probable winner, then, but only because of gastric terror.


Elbow – Build a Rocket Boys!
Don't be daft, our kid. You can't build a rocket in t'yard. You'll send t'pigeons reet daft and they'll not be eatin' their seed. I'm using t'NME for bedding for t'whippets again coz they're still using "fooking" every time a Northerner swears in their interviews. If only Elbow had named themselves after a less innocuous body part. Cock, maybe.


Ghostpoet – Peanut Butter Blues and Melancholy Jam
The hattiest musician in the list, Ghostpoet does this singing / rapping thing that Plan B does except, unlike Plan B, he doesn't make you want you to put your tongue in a blender. A favourite for people who talk about "homegrown", "eclectic" and "seriously, where did you get that hat". Disclaimer: don't put your tongue in a blender. Waste disposals are fine.


James Blake – James Blake
Things that have been trendy, even only ironically: Nuclear disarmament. The 2CV. Poll tax riots. Grunge. Yoof television. Pez. Playing on railway lines. Things Can Only Get Better. Quad bikes. The colour yellow. Happy-slapping. Crystal meth. Friends Reunited. Barack Obama. Planking. James Blake. What's happened to everyone that was into those things? They're all DEAD FROM OLD AGE, that's what.


Katy B – On a Mission
Born to mixed race parents in Leeds, she studied performing arts before answering an advert in a newspaper to join a pop band called Touch. Taking on management from Annie Lennox's mentor Simon Fuller, Katy B's band changed their name and they had worldwide success as promotors of 'girl power'. Katy B (pictured above) is famous for her leopard-print dresses, massive hair and being 'scary'. (Have you gone to the wrong Wikipedia page? - ed.)


King Creosote & Jon Hopkins – Diamond Mine
The token celtic inclusion on the list, this collaboration between a Scottish singer songwriter and an electronic music genius makes this the new Edwin Collins Versus Brian Eno. Wait. No, that's a lazy comparison. Darius Versus The Venga Boys. No. Too far the other way. Del Amitri Versus Bibio. That'll do. You can use that on your album cover, guys.


Metronomy – The English Riviera
Truly brilliant electro disco with more hooks than a velcro factory. We've been waiting flipping ages for a new Metronomy album: we've been looking at our watches more than quality checkers in a watch factory. The Look is already one of the best singles of 2011, and they've got more sharp hairstyles than a mohican factory. Their live sets are simple, ordered and have more massive chest-lights than a, um, a factory that specialises in body-mounted illumination solutions.


PJ Harvey – Let England Shake
If "what if I take my problem to the United Nations" isn't one of 2011's most catchy lyrics, I'll eat my 50ft Queenie promo CD. Polly has been unleashing her own version of Nick Cave hell since 1926, but she's on this list because her latest album was a true revelation. No-one ever talks about her amazing hair, though. OMG look at her hair. Hasn't she got amazing hair? She should win because of her hair. I love her hair. Her hair is the best thing about this list OMG LMAO FML.


Tinie Tempah – Disc-Overy
If you got a talent, you gonna have to use it / To bag a nomination for Mercury Music / Ain't exactly 808 State's Cubik / His pop songs are sharper than a toothpick / From Paris, Scunthorpe or Munich / He's on an odyssey like Stanley Kubrick / But he can't be quick to grab the winner's tunic / The token pop man will probably lose it.
5 comments:

On Sunday, I will be bringing a briefcase to Oxfam Bookfest.

Manchester worded-up writer bods Bad Language have invited me to be part of an open mic evening at Apotheca, Thomas Street, Manchester. It's at 7.30pm tomorrow night (Sunday 17th July) and it's part of Oxfam's annual celebration of pagey ready things.

You can also submit a story to an anthology me and my chummettes are producing (link at the bottom of this story here) and you can see me reading more nonsense at Bad Language's usual event at the Castle Hotel on July 27th. Oh and if you go to the Untitled Gallery (beneath the Friend's Meeting House near Albert Square) on Friday, early afternoon, you will get to bother me doing this.

Oh, and the briefcase? See you on Sunday.
No comments: 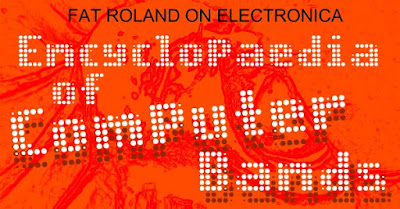 What makes an electronic music artist? Who makes them? And why?

Recently, plucky readers voted on their favourite music artists for a radio programme I did. It raised more questions than it answered. How would I recognise one of these bands if I bumped into them? What is the hidden meaning behind their name?

And are they evil?

I hope to answer these questions, and possibly hundreds more, in an almost-exciting feature on Fat Roland On Electronica called the Encyclopaedia Of Computer Bands. I will use all, some or none of the bands you voted for in the poll and attempt to shed as much factual light on them as possible.

Because light can be factual. I know. I looked it up in the Fat Roland Dictionary Of Bloggery Terms.

Pop this site into blog in your feed-reader, or click subscribe, or tie a knot in your mouse lead. Yes, I've spelled 'encyclopedia' the old fashioned way. That's how I roll. You won't want to miss this. The Encyclopaedia Of Computer Bands will be here soon..
No comments:

Email ThisBlogThis!Share to TwitterShare to FacebookShare to Pinterest
Read more on: encyclopaedia of computer bands

My Bjork message is simpler than you think 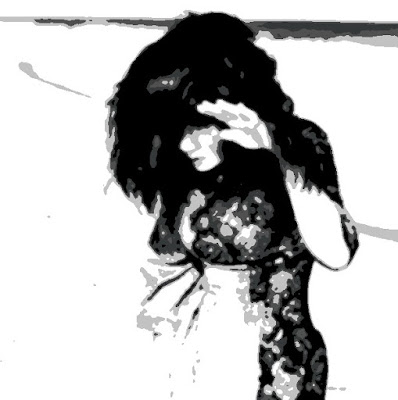 Brains are funny things. Especially mine.

Just as I was about to scribble down my excitement about tonight's Biophilia concert by Icelandic songstress Bjork, my cerebral cortex hiked off to the picket lines and didn't come back.

Originally, this post would have raved about the hooded choir, the strange pendulum plucking instrument, the Tesla coil and the National Geographic loveliness dripping from every phase of the gig.

Really though, all I want to type is a literal interpretation of the drool currently drizzling onto my keyboard.

Kicking off in Manchester, Bjork is exploring her idea of earth and nature through a series of residencies throughout the world.

Internationally speaking, it's a bold move. It's also unlike any other Bjork show I have seen before. High concept, low bass, blown minds.

Set in a warehouse at the Museum of Science and Industry, tonight's first official gig (there have been previews) was a raucous affair, with a crowd that was ready for anything.

And yet, throughout, it reduced me to being the worst blogger ever. Because I can't explain the beauty, the uncompromising surreality or my amazement at her being the only vocalist of her standing that doesn't flinch from hard techno nastiness.

Check out the wig she wears in the show. I want that wig. I shouldn't be writing. I should be making myself a Bjork Biophilia wig.

Even so, I soldier on and produce blog posts like this that go nowhere and, initially, have absolutely no hidden message at all...
No comments: