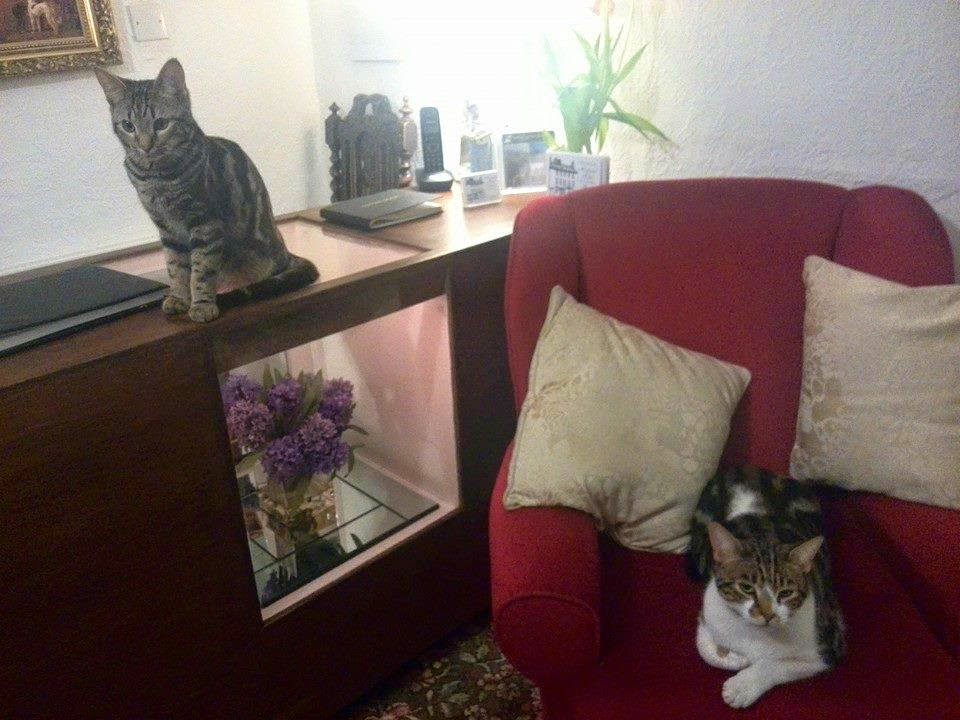 I’ve taken myself away for a 24-hour retreat. I’m in the beautiful Cumbrian town of Kendal. The hotel room has shutters.

My problem is that boredom frightens me. People always tell me how busy I am, but the alternative is slowing down until I freeze into a waxen statue of greasy failure. That’s why this retreat is only 24 hours long – within four minutes of a newsagent – and not some wind-swept three month sabbatical on a sheeped hill in the middle of nowhere.

I’ve used the local library to update blogs. I’m juggling story ideas in high street cafes. I even performed an open mic slot at Verbalise, a live literature night up here in Cumbria that prompted me making this trip. The event featured, among others, Big Charlie Poet and headliner Simon Sylvester (Not The Booker). Both incredible talents.

The next thing on this deeply philosophical silent retreat is opening these shutters, taking breakfast with the hotel cats (pictured), and crossing the lake district on a replacement bus service. Passing the newsagent on the way, of course.
No comments: