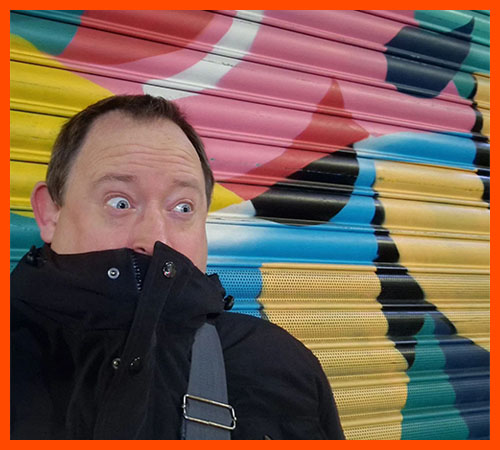 I can't let November pass by without at least one blog post, so here's what I've up to this past month (or so). Think of it as a show-and-tell although I'm not going to show you anything, and what I tell you will be pretty dull.

Plaid played the White Hotel in Manchester. It's a no-frills venue that makes you feel like you're about to get murdered by a Tesco Value murderer. But the sound system's great, the staff are lovely, and there's always a nice crowd. Highlight was the dizzying peaks of C.A. from their new album Feorm Falorx.

I nuzzled my nozzle in nostalgia at the Warehouse Party's Hacienda 40 bash. Orbital, 808 State, Graeme Park, Happy Mondays, Justin Robertson, K-Klass, Jon DaSilva, A Guy Called Gerald. It kind of boiled down to a warehouse full of men dancing like Bez, but there were lots of fun chats, and Orbital were all kinds of ace.

The Delightful Sausage delighted me for a second time this year when I saw their Nowt But Sea show again. The friendly farce is shot through with daftness and nods to classic TV comedy tropes. Amy and Chris are so good together, and there's an extended reminiscence by Chris which I just think might be genius.

With a clutch of cartoon cats, I read a co-written story with my embarrassingly talented writing buddy David Hartley. Fellow scribe and word-reader Adam Farrer sums things up pretty nicely when he posted on Instagram: "Got to hang out with some brilliant folks, sold some books and saw @fat_roland dressed up in a cardboard disguise, reading a story off the back of a cat’s head. It’s all I wanted from today."

Oh and I took a selfie in front of a colourful shop shutter (see above). I think it was a Subway. It was very late at night and colder than a whittler's canoe.

Not a bad November-ish overall, hey.