Thank my MC Hammer pants for YouTube. Without this excellent source of information, I would never have learned that Paul McCartney popped his clogs in 1966.

An old video called Mystery About Paul McCartney's Death Or Putative Death compares low-quality pictures of Paul and his replacement "Faul" (a portmanteux of 'faux' and 'Paul') and also encourages conspiracy theorists to listen to the Beatles backwards and pay special attention to the messages hidden in the cover of Sgt. Pepper. It seems, over time, his appearance has somehow changed. 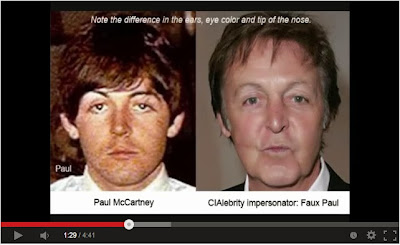 The comments add valuable additional information. Feel free to read these in the best Adam Buxton voice you can muster:

"You﻿ man have a lots of spear time in your life. Why you just don't do something more constructive with your life instead of creating this bs video?﻿"

"I was not that good looking in high school, but I am real sexy now, my facial features﻿ got more defined and my hair is long and works for me and i got a handle bar mustache, late bloomer, but the better times are just starting, cause im a man, ty lord ,peace"

I also have a lot of spear time, and being real sexy now I thought I would look for more replacement blokes in popular culture. The evidence, I think you'll find, is utterly compelling. From my literally-minutes of research, I can only conclude that everyone famous died in 1966. Even ones born in 1987 and, perhaps, 1974.

Do you know anything about techno?

Via CheShA on the tweets. 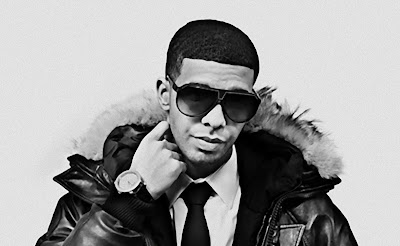 It is October. This blog has been dormant since July. It looks like Fat Roland on Electronica has ground to a pathetic halt. I could vomit excuses at you, but I won't. All I can say is I want to blog more. And will.

Would chuck him into a swimming pool filled with used tighty whities and the tears of his adoring fans.

Would take Drake (pictured) to the flattest part of earth where everything is painted magnolia, then have Robert Peston describe Last of the Summer Wine plots at him until he dies of boredom.

Would not torture him. Would make him a little crown in the shape of a Korg Kaoss pad.

Would show her Madonna’s Justify My Love, Rihanna’s X Factor nudity, Erykah Badu’s illegal Dallas disrobing and Amanda Palmer’s Daily Mail song strip, then have all of Miley’s fans shout “SO?” at her for the rest of eternity.

Would not torture him. Instead, would spend a romantic evening with him because of his beautiful music. We would eat ice cream, feed each other biscuits with our feet, then spoon while watching less successful episodes of Friends. I know how to have a good time.

Would tell him he was to be tortured on peak-time TV then have him turn up to an empty room with the word DISAPPOINTMENT scrawled on the wall.

Would not torture her. Would make her queen of the universe, then have the whole universe destroyed while she laughed maniacally to the rhythm of Windowlicker. She’d like that.

Would definitely torture them. It’d be dark: leeches, probes, tweezers, strange hats. I've nothing against them: I'd just be interested in what they'd sound like if they were even more melancholic and desolate.

Further Fats: The devil has all the best IDM: Jon Hopkins (2010)
No comments: