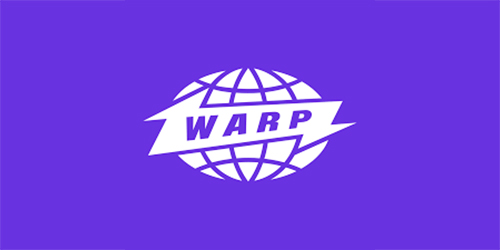 Warp Records has been celebrating its 30th birthday - it's the same age as Taylor Swift, Daniel Radcliffe and the twins who played Carl Gallagher in Shameless.

The first Warp track I heard was LFO's LFO, quickly followed by Tricky Disco's Tricky Disco. Both were UK top 40 hits - I know that because I taped the charts religiously every week: both songs would have degraded gloriously as I tape-to-tape copied them onto successive home compilations. Aside from loving the electronic simplicity of the records, having eponymous songs seemed weirdly rebellious.

Then came the Artificial Intelligence compilations, my musical fulcrum from which everything spewed, which featured Polygon Window, The Black Dog, Beaumont Hannant and B12. Warp also gave us some incredibly beautiful artist albums, most notably from - of course - Aphex Twin, Boards Of Canada, Autechre and Richard H Kirk. You already know this.

I remember Warp's tectonic plates shifting when they moved to London. A bit like when Boddingtons shut down their Manchester brewery. They widened their electronic remit (Warp, that is, not Boddies), bringing in acts like Anti Pop Consortium who sounded wonky and wild. And now they rule the world with artists like Flying Lotus, Plaid, Bibio, Kelela and Oneohtrix Point Never. You can catch a stack of the label's 30th anniversary broadcasts here.

Happy birthday, Warp. I'm glad you're still going strong, and I'm glad you're still putting out music by the likes of Lorenzo Senni, which has all the vital energy as your early stuff. I'll be forever grateful to the label being a beacon of quality techno, and the basis for a lot of further record browsing across a zillion other labels.

If I had one criticism, it would be that there doesn't seem to be much eponymous song titling these days. Just saying. If you want to release Fat Roland's Fat Roland, you know who to call.
No comments:

What was your first concert?

So I thought I'd use it as the basis of a blog post.

First concert? James at GMEX, 1993, with Radiohead supporting. HOW COOL AM I??!?!? I'd seen a stack of smaller things before that, most likely Christian artists because I was a good church boy back then, and I'd been a music columnist since 1991 so I'd no doubt seen a tonne of local bands. James was the first one I remember, and it's also the one that makes me look coolest, but it was probably my 50th gig and the reality is that I really can't remember my first gig.

Next concert? When I wrote this, it was Plaid this coming Saturday. However, Saturday's now been and gone due to the rules of time, so it's probably the Subliminal Impulse festival.

Best concert? Almost impossible to say. There was Pulp's Common People tour, and Flaming Lips at Jodrell Bank, and Smashing Pumpkins making the Manchester (Nynex!) Arena feel small, and the Manics doing similar in the same venue, and there's almost every Orbital gig since 1995, and a zillion Bjork gigs, and the Chemical Brothers back in the day, and Blame & Bukem, and Jon flipping Hopkins. It also has to be said that Kylie puts on an astonishing show too.

Worst concert? I used to be a full-time music journalist so could probably list a hundred names here. I accidentally saw Ocean Colour Scene once and that was a dark day.

Who have you seen most? No surprise here when I say Orbital: I first saw them at Tribal Gathering in ye olden days, and most recently had my ears blasted off at the Manchester Apollo. Also I kept getting free tickets to the Levellers back in the 1990s, so them too. Levellers! Remember them? Oh my.

Best concert venue? I have a soft spot for Manchester Apollo, but I have to give a shout out to smaller venues like Hidden, The Peer Hat and Aatma.

Worst concert venue? A place in Preston that made farts out of Orbital's bass sound, can't remember the name. That said, I bought Orbital's brown album in 1993 on the strength of an NME review which praised one of the tracks for sounding like an "extended fart", or words of that ilk.

Who have you not seen but want to? I never saw The Fall despite numerous chances to. And New Order, who I may or may not have seen due to the fogginess of my raving days but I don't think so. And PJ Harvey. I could just list band names here. Pink Floyd. Bananarama. Madonna. Are you even reading this? Westlife. The Cheeky Girls. Crazy Frog.

Ultimately, you don't care what gigs I've been to: it's such a personal thing, seeing all that stuff with your eyes, feeling all that bass in your gut. Still. Let me know your first concert experience in the comments below or by tweeting me at @FatRoland, especially if it is extra cool or extra embarrassing.
No comments: