A rainbow of Aphex Twins

Just because. The orange is too red, I didn't really nail the cold colour spectrum, and the final 'violet' pic is a record cover because I couldn't find anything more interesting.

Still. Here's Aphex Twin express as the mainstream seven colours of the rainbow. 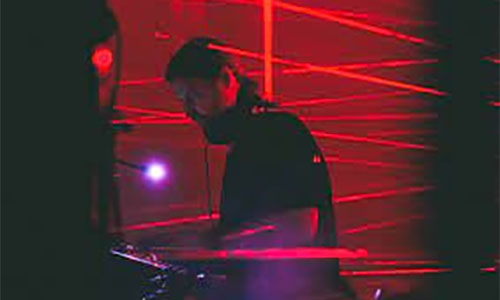 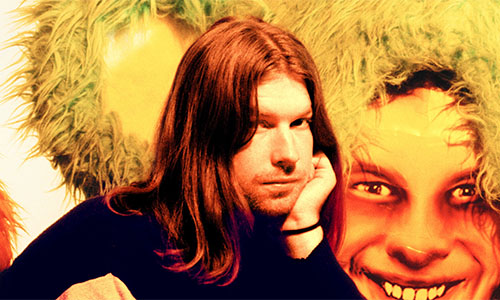 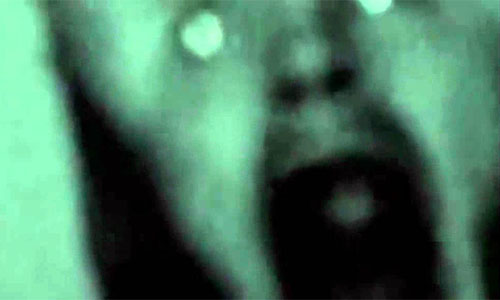 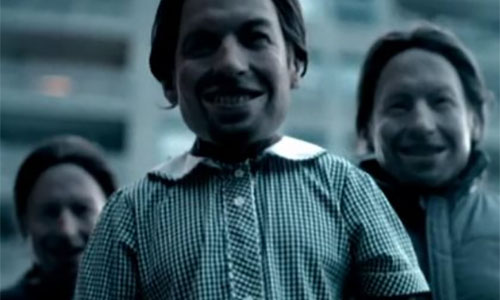 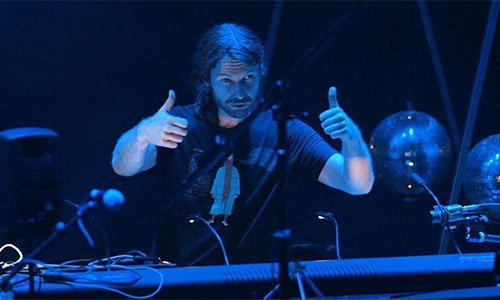 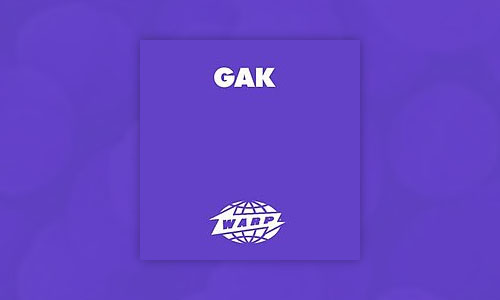 What was the best 1990 UK number one single? 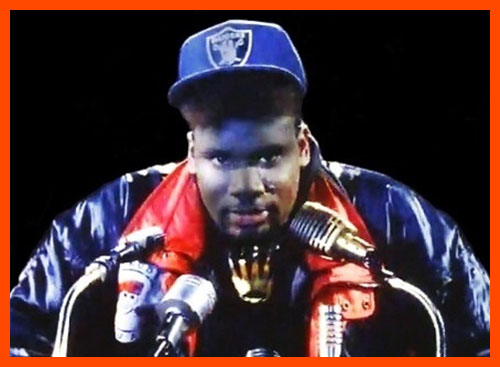 This mean I have OPINIONS about chart hits in 1990. That's OPINIONS in capital letters. In fact, I'm pretty sure I could grade all of 1990's UK number one singles without much thought at all.

Let's do it. A first-draft blog post, no editing, no research (apart from getting the list from Wikipedia). What were the best UK number one singles from 1990?

Let's go through every dang one of them. Firstly, we have Band Aid II's Do They Know It's Christmas? Bros and Sonia? Pretty terrible, although not as embarrassing as the third one in 2004. Then there was New Kids on the Block's Hangin' Tough, which sounded as tough as a floppy curtains fringe (which hadn't quite hit the mainstream just yet). A bad start to the year.

Then we have a half-decent run of number one singles. Kylie Minogue turning into a career artist with Tears on My Pillow, a weeping Sinéad O'Connor being iconic on the Prince-penned Nothing Compares 2 U, and Norman Cook foreshadowing his 1990s dance music dominance on Beats International's Dub Be Good to Me. Let's put Sinead and Beats into the top tier, which I will discuss at the end of this blog post.

Remember, this is all first reactions. Looking through the list, typing these words, zero post-editing.

Ah, now here comes Snap!'s The Power, a strange, angular block-party jam with Turbo B looking like a president or something (pictured). I hated this track when it came out: so strange and discordant. I was wrong, of course. This genius track goes straight through to the top tier.

Madonna's Vogue was a huge hit, but it was no Like A Prayer. Adamski's Killer rocked my world in so many ways, and despite a pretty ropy album, this goes through to the top tier, as does England New Order's World in Motion which is the only acceptable football song alongside that crowd-chanty Pop Will Eat Itself track.

From June onwards, it's a pretty rough run of number ones. Elton John's Sacrifice was the one where he started giving all his royalties to charity. Then came the novelty hits: Partners in Kryme's Turtle Power, which taught kids about the names of classical painters, and Bombalurina's Itsy Bitsy Teenie Weenie Yellow Polka Dot Bikini - Timmy Mallett later became a painter himself and has a website called Mallett's Pallet. No joke.

Is it one T or two Ts for Mallett? No time to check: this is all first-draft.

Those novelty hits were bad, but nowhere near as bad as The Steve Miller Band's The Joker, which is one of the worst singles of all time. I'm getting upset just thinking about it. Was this the one with the guitar wolf-whistle? I want this song to die.

This next bunch of number ones, taking us from September through to November, I kind of respect, but they're not for me. Maria McKee's Show Me Heaven is an undoubted tune, The Beautiful South's twee A Little Time has its own charm, and The Righteous Brothers rerelease of Unchained Melody was a chance to revisit one of history's greatest anthems. My mum loved that one. No top tier for any of these, though.

That leaves us with Vanilla Ice's Ice Ice Baby, only really good for karaoke, and Cliff Richard's Christmas number one Saviour's Day, which I don't think even God would listen to.

So that's the year. Most of the good stuff was in the first half of 1990. Now let's visit the top tier choices, and sort them into some kind of order. We had weepy Sinead and Norman's Beats International and angular Snap! and Adamski's Killer and New Order's football fun. Yeah, I'm pretty sure I can grade this lot without much thought.

The bestest UK number one singles from 1990, as decided on the spot by me.

3. Beats International: Dub Be Good To Me

2. Sinead O'Connor: Nothing Compares 2 U

There you have it. Killer was easily the winner: it gave me permission to become my own bedroom-based keyboard wizard. To live my life the way I wanted to be-ee-ee-eee, yeah! I hope I didn't make too many mistakes in this entirely unedited blog post. We should do this again: 1991, maybe. *hits publish*

Hitting the Sweet Spot and not going to the circus 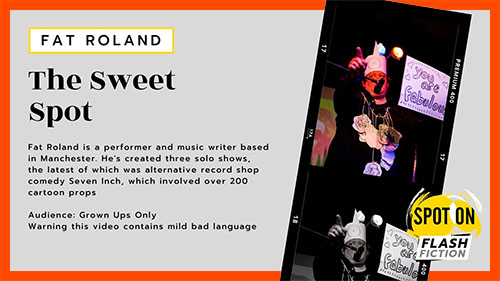 What is word? How is sentence? How grammar work does it?

I'm glad you've brought those questions to me, a literary genius.

Alongside blogging for the past gazillion years, I also like to tell stories. I've not written much this past year due to general apocalypse concerns: it's amazing how much headspace is taken up by a constant low-level of panic. I'm keen to get back into it. The writing, that is, not the panic.

Arts organisation Spot On Lancashire has a series called Spot On Shorts, where professional writers, storytellers and actors make short films to impress you with their narrative, poetic and artistic wizardry. I was born in Lancashire – just: they renamed it Greater Manchester when I was seven months old – so I was delighted to get involved.

My contribution was released today and is called The Sweet Spot. I won't spoil the story for you, but I can tell you it was inspired by (a) eating too much during lockdown and (b) not going to the circus during lockdown. Not that I went to the circus much anyway. Hardly ever, in fact. Anyway, shut up and watch The Sweet Spot (watch it on my video page if you want to browse more of my gubbins).

That's a real helmet, by the way. Honest.

I want to do more story things this year, more narrative oddities with my stupid cartoons, and more performances in actual real rooms. If you're planning an event that you want improved / enlightened / confused / ruined with my mad entertainment skills, then get in touch. My email address is next to Lionel Richie at the bottom of my About page.

As Covid restrictions ease, venues will re-awaken like neon-lit kraken. I've missed the terrifi— er, I mean, entertained looks on audience's faces in the heat of performance. In fact, there won't be long to wait because, as long as regulations allow, I'll be appearing on the bill at Pride Trafford's Making Waves: Queer Edition on May 22nd alongside especially commissioned works from Cheddar Gorgeous and Jason Andrew Guest.

What is word? Eggs. How is sentence? Verb-handles. How grammar work does it? Absolutely jackson. I'm glad I could clear that up for you.

From catatonic breakdance to a need for speed: new electronic music for April 2021 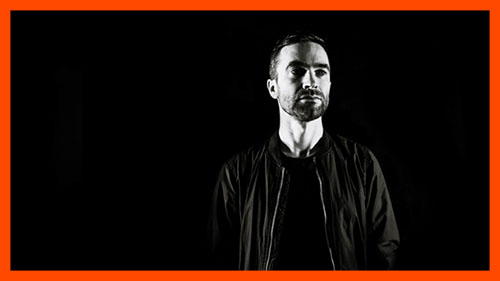 Are your ears stupid idiots? Do you want to punish your ears? How about punishing your stupid idiot ears with some brand new electronic music?

Here's a smattering of bleepy albums due for release in April 2021.

Murcof's rejoins the Leaf Label for The Alias Sessions, an album written for a dance company in Geneva. I'm not much of a dancer, myself: my moves are limited to confused salsa, catatonic breakdance and eyebrow tango. Murcof's music often resides in little ripples of waveforms, but there are great big tidal washes of noise on this new album. One of my favourite Murcofs for a while.

Jimi Tenor's putting out Deep Sound Learning (1993 - 2000). This scoops up a load of unheard stuff from, you guessed it, 1993 to 2000. Apparently Jimi bombarded Warp Records with endless DAT tapes, presumably using some kind of cassette cannon, and much of it remained in storage until now. I really want a cassette cannon. A tape trebuchet. A reel-to-reel rocket launcher.

The album I'm most looking forward to in April is Eomac's Cracks. This is darkly desolate Dublin bass music that blends the atmosphere of Rival Consoles with the melodic motifs of Aphex Twin. Eomac (pictured above) is 'Cameo' backwards, but I don't know if that means he does backwards walk-on parts in movies, or whether every track is the 1986 party track Word Up! played backwards.

What else? Look out for Facta's Blush, a debut album of folky electronics released on the label Facta jointly owns with the equally pastoral K-Lone. K-Lone's Cape Cira made my best-of-2020 list and Blush certainly feels like a sister album to some extent.
By the way, I'd like to point out that I'm typing all this without the use of one of my index fingers. When cutting bread, I decided to use my hand as a chopping board. This wasn't a good idea, and I cut my finger. It's not a big cut, but it's in a really annoying place, so my middle finger is putting extra work in while my index finger has a long hard think about what it's done. I'm amazeb any og these words sre coming out okau.
And finally, look out for: Caterina Barbieri's Fantas Variations, an album of remixes of a single track from her excellent Ecstatic Computation album; Dawn Richard's Second Line which promises chart-friendly sassy bangers and a whole lot of fun; and Herrmann Kristoffersen's thoroughly listenable Gone Gold, an IDM-influenced imaginary soundtrack for the Need For Speed racing game. Vroom flipping vroom.
Take THAT, stupid idiot ears.
Further Fats: Just how DO you act at your first rave? (2019)
Further Fats: Best electronic albums of 2020 (2020)
No comments: