The Prodigy's debut album Experience was released 30 years ago this week. It only seems like yesterday!

Which is nonsense. 30 years is flipping ages ago. Shrews tend to live for less than 12 months. 30 years is over 30 full shrew generations. In human years, this means Experience came out during the reign of Julius Caesar. I hope you're following me on this.

I'm not sure Experience did much to separate the Prodigy from the xylophone-clonking mass of novelty ravers at the time. Their transformation into aggressive firestarters was some years down the line. But Charly pouncing into the top ten in summer 1991 was quite the landmark moment.

The best thing about that album is it's daft. Look at the lyrics. "Feel the bass come down on me  baby… Give me a number one, give me a number two.. . I take your brain to another dimension, pay close attention."

And whatever that cartoon cat was miaowing about. The boy tells us he was mewling road safety messages. I'm not convinced. Personally, I think Little Johnny 2D-face was gaslighting that poor cat. Let it dance into the road, you monster. Let it high five the cats eyes.

This was originally meant to be a deep analysis of Experience, track by track, with 3,000-word essays and everything. However, I'm too busy listening to the new Bjork album to, er, pay close attention. Let's just say it's a classic that sounds as wild now as it ever did. Even better, actually, now we can consider Experience without the shadow of Jilted Generation, Fat Of The Land and all the chart-topping tomfoolery that came along with them.

Let's finish this with some Amazon reviews of Experience. Really pay tribute to a great album.

the album i received is absolutely shocking quality it jumps on every track, such a shame - one star

Record just doesn’t work, keeps skipping and jumping. Not pleased with this product - one star

I ordered it twice and both times the records jumped! Very disappointed - one star

The record arrived warped and not even close to being level. It wobbles on our record player - one star

Email ThisBlogThis!Share to TwitterShare to FacebookShare to Pinterest
Read more on: prodigy

The downfall of Ian Brown 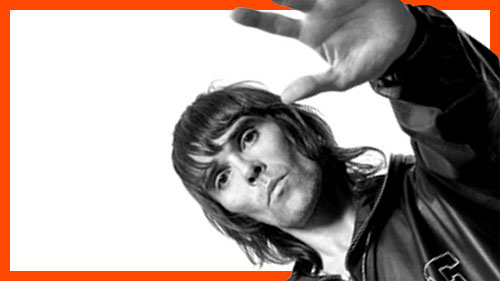 Monkey-faced Mancunian Ian Brown is being roasted on Twitter for a gig he did in Leeds.

His concert at the O2 Academy Leeds on 25 September was part of his first solo headline tour in over ten years. And when he means 'solo', he really means 'solo'. Videos abound of him alone on the stage, drawling to a backing track.

One tweet has him murdering FEAR, Another tweet posted a clip of him looking distinctly lonely on stage as he sang First World Problems. The tweeter said:

"turn up to his £40 a ticket, sold out gig at leeds tonight WITH NO BAND. I’m a life long fan but it was bad. #ianbrown does karaoke and butchers his own tunes. Most were too pissed to care but I had to get out after this one. Longsight M13 was a highlight."

It wasn't all negative. A guy called Ryan said, "You absolutely smashed it tonight… You had the place bouncing and your performance was electric." While another complainer seemed disappointed with his singing and his lack of band, yet found it in their heart to say, "he still has the swagger and he’s still a legend in my eyes"

You can't really roast Ian Brown for singing out of tune. The whole point of Manchester acts like Brown and the Happy Mondays and Mark E Smith is that they sound like boozed-up karaoke. It's kicking-out time at the Brass Neck & Baggie and Uncle Darren's off on one. This is what marketers call a unique selling point.

But it's a bit of a cheek to turn up without a backing band. I'm quite happy for, say, Karl Hyde from Underworld to be a one-man car wash inflatable, flailing around while Rick Smith keeps himself to himself behind his keyboards. But for indie bands, you need the guitars. The musicianship. Something for beardy journalists to write about in Mojo magazine.

He'll appreciate the extra cash pocketed from not paying a band, though. His caché has been increasingly passée in recent years. He's been churning out Covid-19 conspiracy theories, resulting in him being thrown off Twitter and losing a song on Spotify. I think at one point he used the phrase "lame stream media", which instantly loses him any credibility.

Twitter will have its fun. There will be lots more Brown bashing, mostly from people who didn't attend the gig. I still remember a recent tweet showing a few seconds of Mick Hucknall singing off key at a recent performance. People were scandalised. And they ignored a similar clip of Hucknall recently singing like the angels; a stunning set of pipes. Twitter's engine runs on decontextualized outrage. With someone as odious as Ian, it couldn't happen to a better person.

Is this the downfall of Ian Brown? Not for a minute. Do you really think his anti-vax rants will play badly to ageing bucket-heads? Although he may lose a few ticket sales, is his career really going to be harmed by singing like a drunken monkey man on the loose? Not a bit of it.

No. I reckon the worst is to come. Ian Brown is a crusty old white man with big opinions and a screw-them attitude. He is privilege, he is patriarchy, he is Morrissey. The controversy that fully downs his career hasn't happened yet. He'll overstep the mark in some horrible way. Say the 'n' word, become the new Savile, set fire to an orphanage? Probably not. But something.

To quote one of his songs: "I swim with the fishes; you come from the sea. The dolphins were monkeys that didn't like the land."

Further Fats: Mmm Underworld, the world loves you (2012)
Further Fats: The new Stone Roses single is a barrel of thundering diarrhoea (2016)
No comments: