I'm splurging my wordballs at these following events

I did a poetry event the other night. I did it. I proper did it.

Evidently takes place in the bricked back room of Salford's Eagle Inn on a stage facing two balconies: the double-deckered audience gives the impression of intimacy in what is otherwise a cavernous chimney. A great venue with great beer.

Here are some other events I'm splurging my wordballs at:

> On June 18th, I host the launch of Anneliese Mackintosh's debut short story collection Any Other Mouth. Click here for the Facebook event. I'm reading the book at the moment. Its perfect mix of humour, depth and readability has left me giddy. It makes me want to be a better writer.

> On June 21st, I'm supporting Zach Roddis as he launches Selected Tweets in the Salford Zine Library. Zach Roddis is YOLO. Zach Roddis is not YOLO. He is neither buffalo nor augmented pony. This is going to be a weird one: here's the Facebook event. Click here if you want to give him money to produce more stuff.

> And on June 25th, it's the monthly literary feast that is Bad Language. Ooo. I've not done a Facebook event post for that yet. Sack this blogging lark, I'm off to Land O'Zuckerberg...

In other news, I'm generating story ideas. There are post-it notes on my living room wall. I have a thing in my head. An idea; a through-line. It feels quite fragile, like a web made by a frail spider with a bit of a detox wobble. But I have a thing: a series of connected stories that aren't very connected at all. Like Cloud Atlas. That kind of thing, only not as long and as frustrating.

I can't tell you what the thing is because that would cause a breeze in my mind and the web would crumble.

The thing feels quite precious in this state. I'll keep you updated.
No comments:

Three things I've been listening to, and they all begin with P like pea, pineal gland and, er, Papa Roach 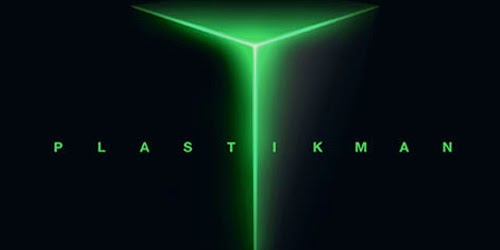 This is what I've been pouring into my ear tubes recently.

Slow-ass acid techno, performed live in New York, that's as sharp as a million pins piercing your brain. There's so much space in Pastikman's first album for a decade, a simple cymbal shudders plaster from the walls. The growling bassline of EXtrude will knock you off your feet. Every moment is played for a live experience, and although progress is, on the surface, glacial, the themes submerge and rise with a beautiful and hypnotic dynamism. And Richie Hawtin certainly offers us the best production I've heard in 2014. Run for the hills, Jon Hopkins!

IDM's most listenable, most melodic moment of the year, and certainly Plaid's "easiest" album. Nafovanny's moody loping is nothing less than a five minute pop song with a stadium-techno refrain, albeit with that ethereal chiming to make things sounds like a steel drum band on Venus. Like their older tracks Eyen and Get What You Gave, most of this feels simple and familiar. Throughout, there's Kraftwerkian melodies, home-listening melancholia and, on Matin Lunaire, a close approximation of Wonky-era Orbital. The most Plaidian Plaid to date.

And here's an album I started listening to a lot then gave up on. patten's complex and messy electronica sounds like Boards of Canada with broken legs. It has all the sounds of classic IDM, but it seems somehow distracted and entirely of the head rather than the heart. There's so much bustling on Key Embedded, while their most intriguing moment Drift kills itself with its own percussion. Still, I love the abstraction and the Autechre bit of me has an utter tentpole at the sound of it all.

Further Fats: Bleep Years day two: Plaid's Get What You Gave (2012)
No comments: