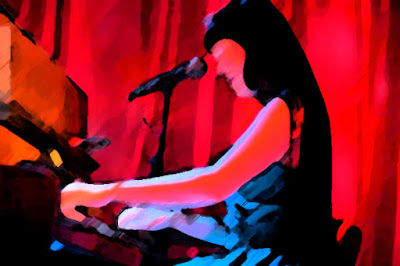 It's going to be a busy few days of me and my chums doing stuff.

Manchester singer Hannah Atkins will be launch her new album Beyond Your Skin at the Band On The Wall tonight (Wednesday 15th), with tickets at £8 if bought when doors open at 7.30pm. There's a pretty neat twist to the music because the songs come from her work in social justice and a whole bucketful of charities will benefit from the event. There will also be real life stories of the people written about on the album -visit Hannah's website for more.

On Tuesday, my gang The Flashtag Writers will team up with Bad Language for our second Flash Language literature pub quiz. Past rounds have included Amazon one-star reviews, an insane version of bookish Pictionary and famous literary couples. We'll probably be giving out beer and terrible books as prizes. No more than six people per team, £2 per person, Tuesday 21st February at Barcelona in the Northern Quarter, Manchester. Here's the Facebook page here.

Finally, Seaming To (pictured looking like a strange android) will bring spycorders and vintage electronics to the International Anthony Burgess Foundation for a new piece Songs For My Grandmother. It's a song cycle commissioned by the Chinese Arts Centre, and you can also expect poetry (Judy Kendall) and a concert pianist (Seaming's mum!). It starts at 8pm on Thursday 23rd February - see this event page for tickets - and it will be truly magical.

Email ThisBlogThis!Share to TwitterShare to FacebookShare to Pinterest
Read more on: hannah atkins, seaming to