Flying Lotus, the Grammys and the genitalia of Equus africanus asinus 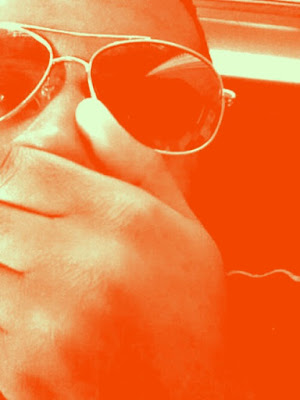 Twitter spats are not the de rigueur footwear accessory for the microblogging generation, but are what happens when tweeters lose it with each other.

Whether it's David Cameron and the Smiths or Mark Thomas wanting to kick the fluff out of a allegedly corrupt alleged journalist, fights on Twitter are extra entertaining because its not just the school playground gawping in on the action: the whole world is watching and there is no teacher to break it up.

I missed this one completely, though. The Grammys announced their usual brown wash of inanity earlier this month. Their nominations are usually as cutting edge as Westlife using a cardigan to slice into Peter Andre's brain. Flying Lotus (pictured), though, wasn't going to take his lack of nomination lying down, and here's what he tweeted on December 2nd:

- "BT, Chemical Brothers, Groove Armada??? are you serious??Grammys are a joke. FUCK YOU." (Original tweet here.)

And then, just in case his message wasn't heard, he followed it up with:

And then he got his sass on because, y'know, this is Flying Lotus and he's one hard-ass muddyfunster.

- "you better hope I don't get a ticket to the party bitch" (Link.)

Remember. This is one of the world's most highly respected producers with a penchant for J Dilla beat devastation and the occasional freejazz cigarette.

- "I know the people got me. The real heads got me. They won't catch me in a dress or a fucking afro. Fuck you pop ass pussies" (Link.)

Which probably resulted in a humble letter of apology to Gaslamp Killer, the turntablist who releases beats on Flying Lotus' Brainfeeder record label and has been known to sport impressive hair explosions from time to time.

I wouldn't dream of attacking anyone on Twitter, so I dribbled in jealous glee at FlyLo's boldness. And he is right. The Grammys are awful... and I wouldn't want to catch him in a dress either. Unless it's a Wednesday night when it's knob-tweakers' tranny night at my place.

Good job Mr Lotus made it up to the Grammys the following day, with this heartfelt apology and the cherry on top of this Twitspat pie:

As for the actual Grammy awards, here's a picture of Tom Baker holding a puppy. Forgotten about the Grammys yet? Good. I'm working on a cover version of a St Winifred's School Choir classic and rewording the chorus "Grammy, we hate you".

The puppy looks scared of the big boomy man.

That sentence reads like a Janet And John book gone hideously wrong.