A complete guide to the 2012 Mercury music prize nominations 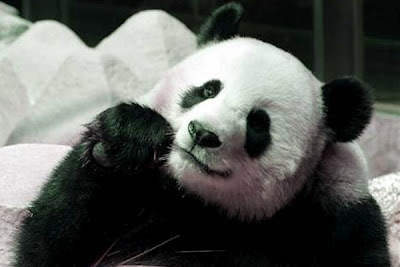 The Mercury Prize nominations filled me with so much excitement, I literally vomited myself inside-out.

But as I lay there in a bloody mess of colons and juices like an M&S advert from hell, I began to reflect on the list. Did I care? Had I heard of any of them? Shall I have sausages for tea?

The 2012 Mercury has pulled off the amazing feat of leaving me almost universally apathetic. Last year was great, with Metronomy, Everything Everything and Lady Peej of Harvey. I liked The xx in 2010, while recent years have given us Burial, the Klaxons and Hot Chip.

Maybe the Mayans are partly right, and in our brown depressive post-Olympic world, every one of us is three months from dying of boredom.

Still. I am a music blogger and I have to do my duty. Here, my sweet reader, is my complete guide to the 2012 Mercury Music Prize nominations. There is one slight problem: the list bores me so much, I've just guessed at what they're like instead of listening to them.

Jessie was famous in the late 1980s as the Voice Of Gurning Rave, and with her album Devotion, she covers many club classics such as Nomad, Rozalla, the KLF and Don Pablo's Animals. Because of a bourbon biscuit addiction during a cold turkey phase in the 90s, she let herself go a bit. A lot. But sometimes, the gasping and the wheezing sounds a bit like DJ scratching, so it's okay.

Following the critical acclaim of several shows in the West End written by monkeys with typewriters, hopes were high for the debut album by Django Django (pictured). Despite being a panda in Edinburgh Zoo, Django Django produced a truly human album, full of emotion and hope. Could have done without the twenty-minute bamboo drum solo, though.

Forced circumcisions! The destruction of pagan altars! The murder of powerful Seleucid figures! These musical founders of the Judean Hasmonean dynasty may not be a cheerful bunch, but their barbershop quartet packs a punch. A guest rap from Ptolemy VI of Egypt on the benefits of the iPhone 5 is possibly just product placement, but hey, it's got a good beat.

My name is Richard Hawley. You remember me.
I was in Pulp for a bit, but after they were sorted for E
s and Wizz. Yes? No? Well stuff it, those times are long gone.
I was in the Longpigs too: we went on and on and on.

My name is Richard Hawley. You remember me.
I was beaten by the Artics in the 06 Mercury.
I haven't got time. Must rush, must dash. I really really oughta
Wax my hair and do 50s things with Elvis Presley's daughter.

Ah, the sound of the field. Crickets chirping. Birds singing. Worms, erm, crawling. But don't be fooled by the pastoral name, because Field Music sound like the darker underbelly of the countryside. Cows being slaughtered. Crop dusters mowing down film actors. Farmer Giles falling into the blades of his combine harvester. Wildfires. Lynchings. Snakes. Basically, they're John Craven with a crossbow.

Michael Kiwanuka made his name as the lead singer of Aphex Twin. The band's acrimonious split happened when Michael was possessed by demons accidentally released on the set of the video for the chart-topping pop hit Come To Daddy. His subsequent breakdown saw him recuperating with dozens of John Legend and Otis Reading records. He describes his solo album as extreme chillcore.

It was never going to go well for Michael Howard's son-- sniiip. Ed.

Plan B, or Nathan Plainsocks as he's still known in da hood, loads a wheelbarrow with bricks and smashes a bunch of windows on a Brixton estate. The residents come for him armed with baseball bats, machetes and unusually sharp sticks of carrot. Plan B is prepared. He launches into his album Ill Manors, a collection of smooth soul songs in a Timberlake stylee. They don't listen. He is destroyed to death.

Triangles within triangles inside a massive triangle balanced on the uppermost tip of a snooker triangle made from triangular bandages trying to play the triangle whilst shouting in a triangular voice "try angles" at the angles of a triangle whilst watching on a triangle television screen the 2009 Bermuda Triangle-themed horror film Triangle. Now imagine Mumford and Sons singing about that. There, you've got Alt-J.

Sam and Lee, you'll remember, were the wacky pair that fronted SM:TV Live, hence the programme's name. They performed quirky skits such as Here's Me Singing Off Rhythm, Larks Mother That Sounds Funny and What's That You've Put In My Trousers. Their best known folk song is George Colin, named after the two presenters Sam and Lee had killed to get the spot on SM:TV. Sample lyric: "Oh ye olde lover of mine, stick that arsenic down yer bloomers, best kill all the viewers too, for thems be startin' rumours."

Further Fats: They say you can't keep a good tune down (the 2006 Mercury Prize)