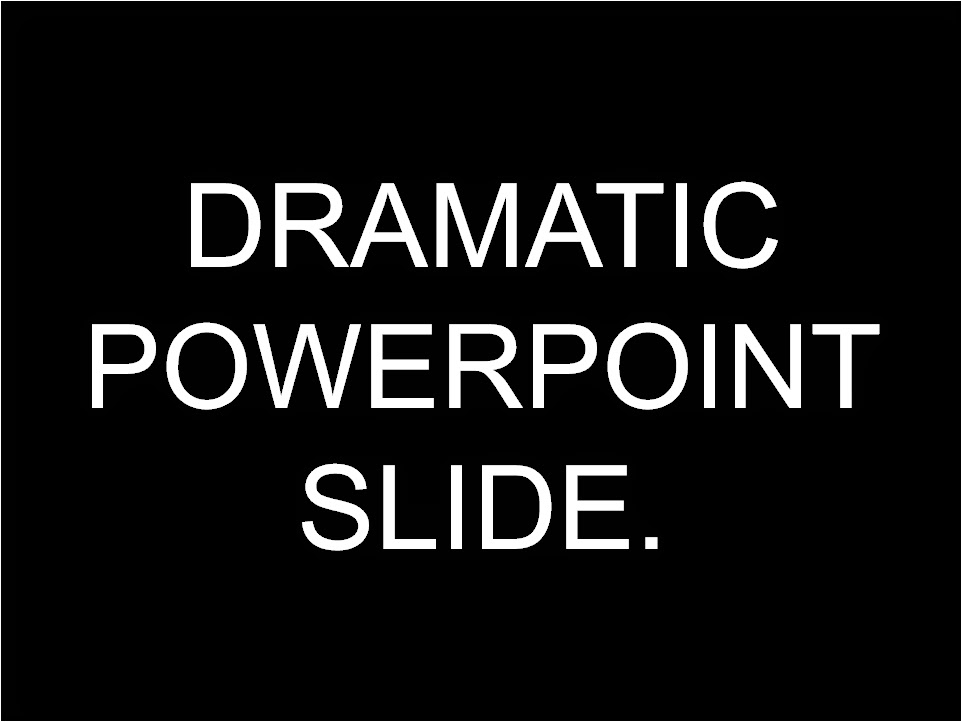 I managed to get lost at least 92 times in Sheffield the other night, but that didn't stop me performing a co-headline set at a prose special of poetry night Word Life.

There were some great open mic acts (a Louis Armstrong trumpet and comically-timed side effects information come to mind). My own piece was 20 minutes of deadpan PowerPointing (as demonstrated by the slide, above) where I careened between dog lists, yes dog lists, and proper short stories ("He sagged like an old house. He... dripped time.").

The turn-out was impressive and the hosting was great. Word Life's next event is in March and it will tap into Yorkshire's radical history.

Earlier this month, I teased an audience with non-origami at a Blade Runner-themed Flim Night. This was one of those moments when a new night has such an energy about it, you know they're going to have a good year. Get preppy for their next one, based on Mean Girls.

If this makes you want to book me and you run something good that's not one of those rubbish nights where everything goes on fire, then get in touch. I don't say yes to everything, but it's worth an ask. Meanwhile, do allow me some shameless self-promotion...