Fats at the Lowry: Morpurgo's done it again 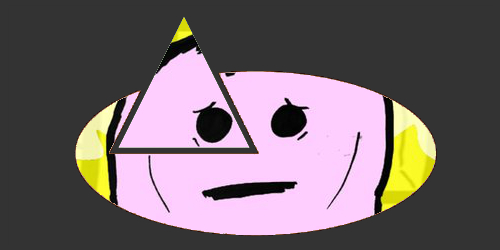 I'm farting about at the Edinburgh Fringe, but it's not entirely for pleasure. I'm on the look out for inspiration, information and even the occasional omen for my next show. These blog posts are acting as a virtual think board as I traipse around Scotland's streets.

I started today with some proper theatre: 'Action At A Distance' was a play about a data analyst and a plumber betting on terrible things. They took drone strikes, cancer and financial desperation - all the fun things (!) - and filled the hour with humanity and levity.

Despite the horrific subject matter, the harshest brutality was in the acidic mother / daughter relationship: a volley of verbal drone strikes. It reminded me that human stories resonate most strongly, especially in a domestic environment - home is where the hurt is. Oh and they drew on the floor, which gave me ideas.

I then saw a standup show and an improv show. Both shall remain nameless because this is not a review and being negative isn't the point.

The standup show had a clever gimmick which made me buy the ticket: in reality, it was a straight-down-the-line observational comedy set with the gimmick tacked on. If only it had been braver.

I've not seen much improv, but the improv show left me a little annoyed. When I've seen Paul Merton do improv, he grabs a lot of ideas from the audience. We're given the sense of driving what happens on stage. With today's show, they did this once at the start: we chose a word that had little consequence to the actions on stage. And then they acted for an hour. Was the whole thing improvised or was it just a badly written play? With no further input from us, it was hard to feel invested.

'Dust' was great. It's a play by Milly Thomas in which a woman observes the aftermath of her own suicide. The stage set was entirely colourless, a brutal purgatory allowing space for metaphorical and literal self-examination. The sound design was immense, with crackles and rumbles of doom providing contrast to melodic moments of emotion later on. Make a note in your audio-ideas book, Fats,

I'm running out of time. What else did I see today? Oh yes - Beach Hunks, a sketch group with the sort of chemistry that makes you want to be their mate. Also, I am their mate, so I'm biased, but 'Hog Wild' is a great show.

Tape Face! I finally saw Tape Face. This was my first BIG show of the Fringe: clearly with a budget much bigger than mine. He was astonishing: sweet, silly, surprising and with a truly spiriting finale. It reminded me that it's worth studying the old arts: clowning, mime, the jesters. And get a team around you that can absolutely nail the audio and visual cues.

Last and by all means most, I saw Joseph Morpurgo's 'Hammerhead'. I don't want to say too much, and it's best to go into the show without knowing what to expect. His 2015 show 'Soothing Sounds For Baby' remains the best thing I have seen at the Edinburgh Fringe: it became an inspirational template for the show I am writing now. When I plan through what I want to do with my show, I think of 'Soothing Sounds For Baby'.

His new show 'Hammerhead' is a staggering triumph, and if you were unlucky enough to miss 'Baby', then let THIS show be your best-thing and your template and your whatnot. My main take-away from Joe Morpurgo? There are no rules. There simply are no rules. Just do what you love.

Now that Morpurgo's nailed it again, I might as well go home. But I can't. I've more things to see today. Stay tuned.