Seven Inch at the 2019 Edinburgh Fringe 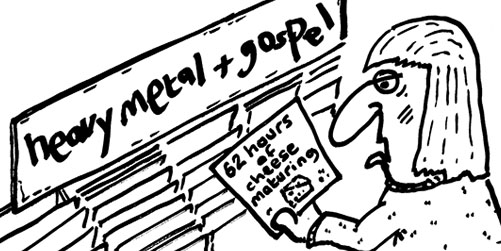 My third Edinburgh Fringe show will debut on August 1st 2019, running for 14 dates as part of the Laughing Horse free festival.

I'm adapting my Lowry show Seven Inch, turning a grand theatre production into something more up-close and personal suitable for the Fringe. I will be able to see the whites of your nostrils.

The show is set in the last record shop still standing, in which I examine life through not-so-teenage kicks. Actually, it's an excuse for me to be silly for an hour, show off stupid cartoons, and to infect your brain with forgettable (and unforgettable) pop music.

It's not been officially announced yet, but how could I not share this video with you?