Eight tracks that deserve a Running Up That Hill revival 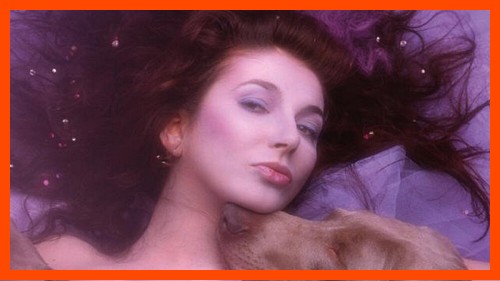 I have enjoyed watching Kate Bush's Running Up That Hill get a new lease of life thanks to Stranger Things. 37 years between number one singles gives hope to us all.

However, I can't help thinking a better song could have ridden this wave of revival. It's a cracking tune and all, but here is a list of eight tracks that definitely deserve a Kate-style comeback.

At the end of Ash's album 1977, there's a hidden track featuring the band vomiting in their studio. Felix's classic house track Don't You Want Me kept Ash's Girl From Mars out of the top ten, so maybe that's what they're thinking about when spilling their innards. I can think of no better song that sums up current society than the sound of musicians delivering pavement pizza.

This mid-1990s track features a rare moment of intelligible vocals on an Aphex Twin track. The song is about how someone wants the milkman to pop round so they can breast-feed from the milkman's wife. It's a classic 1990s track in that it's disturbing, performatively weird, and lazily misogynistic. Let's get it to number one for 47 weeks.

I haven't heard this song by Jake Paul. In fact, I have absolutely no interest in Jake Paul. I know he used the n-word, has called Covid a hoax, has faked a marriage, has used a riot for clicks, has been accused of sexual assault and has a brother who has used suicide for laughs. Somehow, he feels like the hero this rotten world deserves right now. Give him a Grammy.

This song was everywhere when it came out. We were all humming it. But now? No-one can remember how it goes. Go on. Sing it. You can't, can you. The place where it should be lodged in our memory is now a void. Amazingly, the song has become its own title. Musical antimatter that, upon returning to number one, will suck in all the gravity from our hopes and dreams.

Sam And Mark: With A Little Help From My Friends

Clearly better than the Beatles' version, this Sgt. Pepper classic scored Sam and Mark a number one single in 2004. It denied Ronan Keating a fourth solo number one single. This means Sam and Mark are the greatest entertainment duo in history, and that includes Danger Mouse and Penfold. I wish they could be my friend. By the way, I am high on spice right now.

The fact these multicolour morons have never done a cover version of DJ Casper's exorable party song is entirely irrelevant. This imaginary song wot I just made up deserves a revival in 2022. Christmas number one! This year's big charity hit! The subject of a miming scandal! Let's make the Teletubbies notorious for a track that doesn't even exist.

See? That's just letters. It's not even a thing. I just ran my tongue along my keyboard and it came out. Let's get it to number one. Put it out on marbled vinyl. Stick it in all the Spotify playlists. Have an oompah band perform it on Good Morning Britain. Here, let's write the disappointing follow-up single. *drops my trousers and slaps my wang across the punctuation keys*

Further Fats: No-one wants songs about the moon these days (2017)