Ironic really, that I chose to see Heima nowhere near my real actual home 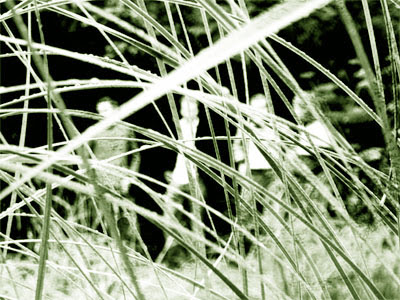 What kind of twittering moron throws himself on the mercies of the New Year's Day public transport system to see a film in a different county that he could bloody well see up the road from his house?

This smouldering film, infused with the ashen Icelandic landscape that no doubt inspired Richard Long, is slow moving, contemplative and beautiful. As the film glides to a close, you think you've seen a "nice" documentary. Then they let rip with Popplagið in all its boldness and intensity. It will leave your ears ringing.

It's definitely one for the big screen. If you fancy schmoozing over to the Cornerhouse in Manchester later this month to see Heima (and you're not a random internet stalker hell bent on stealing my trousers), then give me a shout.

My trip to Bradford had a brace of nice side effects. I sat near a man who, if he wasn't the real thing, was an accomplished Pete Doherty impressionist. Then out of the blue, I flirted outrageously with the bloke who drove my railway replacement coach:

ME: Are you East Didsbury?

ME: Well, you look like East Didsbury. You know... classy.

DRIVER remains overly formal for the rest of the journey, although he still let me on without a ticket...

I am wondering whether you were hung over or in fact still drunk from the night before..... Public transport on New Years Day.... Are you mad?!!!

I had a surprisingly sober new year. I even have an unopened bottle of 10-year-old Jura in front of me.

Even for that last sentence, I had to look up 'unopened' in the dictionary.

I think maybe if you had been drinking you wouldn't have been capable of getting on the public transport. So take note if you are planning traveling on New Years Day - drink so you don't do it!!! haha

Ah, so railway replacement buses are not ALL bad then!

Lee - it's just a little something I threw together.

Roswell - I am perfectly capable of public-transporting whilst drunk: I once got so hammered, I last remember being in a bar in Manchester, then I next woke up in London.