Welcome to my annual review of the best electronica albums.

I must start dear reader, with an apology. I got it wrong last year: Luke Abbott's Holkham Drones (Border Community) languished at number three on 2010’s list, but repeated plays makes me think it should have taken the top spot. Oh well. Mount Kimbie ain’t giving their crown back.

So no pressure then. This year’s best electronica list is, if I may say so, utter brillsocks. Every album featured I love to bits, have slept with several times and have moved into a bungalow with. Before we lap up the goodness, let’s see some of the tracks I spat out. After that, we’ll crack on with the top ten.

Walls were darlings of the ambient community in 2010, so they went and ditched the driftiness and took up dance beats instead. Their album Coracle (Kompakt) was closer to techno and therefore closer to my heart, but it wasn’t enough to make the list.

Bibio scored highly in my best electronica review two years ago but 2011’s Mind Bokeh (Warp) seemed confused: their sub-Orson rock song Take Off Your Shirt was, well, like Orson. Meanwhile, Tycho's Dive (Ghostly International) was lovely, Zomby’s Dedication (4AD) didn’t quite do it for me, while I got Dave Monolith’s Welcome (Rephlex) for Christmas and haven’t had time to absorb it yet. 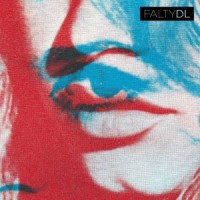 You Stand Uncertain (Planet Mu) is such a complete world and yet, by all rights, it ought to be a disconnected mess of rave, house, r’n’b and techno samples.

Take Lucky Luciano. It starts with some slow-motion rave riffery, hypes it up with some breakbeat samba and “oooh yeah” vocal samples, throws in some frenetic funky drummer-ness and suddenly we’re in a watery world of 808 State techno followed by some drill’n’bass-lite. The fact that this one track holds together is a miracle, never mind the album as a whole.

I’m less keen when it gets too far down the garage path and I could do without the female vocal tracks: they feel too much like a bid for radio play. You Stand Uncertain works better in the abstract as repeated melodies work their way into your brain and hang around for the rest of the record, or when a new opposing theme drifts into the music as if uninvited and the whole records hangs beautifully in the delicate, titular uncertainty. 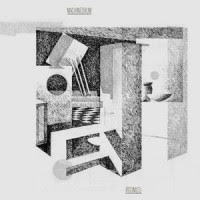 If Travis Stewart was an actual machine, he’d be a bit rusty around the wingnuts because he’s been in service now for ten years as Machinedrum, Sepalcure, Tstewart and Syndrone.

A brief flirtation with Glasgow’s Lucky Me record label oiled his creativity as he left behind his glitchy past in favour of more upfront electro. Room(s) (Planet Mu) is the full-flexing realisation of that change: swirling vocals and complex breakbeats abound.

In fact, that’s pretty much the motif of Room(s). Busy rave rhythms agitate echoing soul vocals, such as the “for real” refrain of Now U Know Tha Deal 4 Real, the auto tuned U Don’t Survive or the people wailing at the choppy synths in The Statue. A highlight is the additively repetitive She Died There. And with a lot of the tracks coming in at the four or five minute mark, Mr Drum knows how to structure things so that nothing outstays its welcome. Pitchfork wrote off this album as “devoid of its creators voice” – they couldn’t be more wrong. 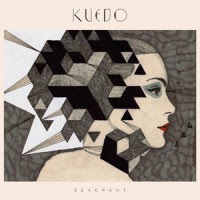 I never thought a Carly Simon sample would end up in my annual album reviews, but it’s happened thanks to the fifth track on Kuedo’s debut album which sees the famous “la de dah de dah” refrain from the ‘80s songstress go to battle with a helicopter or at the very least, a synthesiser that dearly wants to be a helicopter. Next up, Burial doing Coming Around Again on a hovercraft?

Kuedo is a new name around these parts, but most will recognise him as remixer and producer Jamie Vex’d out of, um Vex’d. There is not much comparison, however. While Vex’d The Duo snarled and growled like some crazed darkstep killing monster, and Jamie Vex’d The Soloist sounded like Ninja Tune down a k-hole, the new Kuedo project has a different flavour.  Severant (Planet Mu) sounds like a Vangelis remix album. It is a landscape of yearning 1980s chord sequences (Truth Flood), cinematic analogue ambience (Salt Lake Cuts) and delicate melancholia (Visioning Shared Tomorrows). This album will pluck your heart strings until they shimmer.