Whatever happened to the cheeky New Year number one? 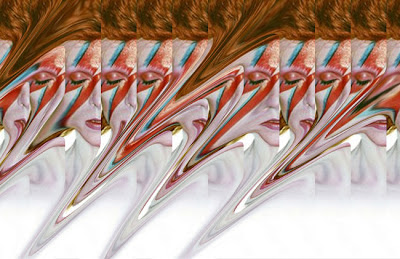 So Bowie didn't get to number one last week.

That's that, then. Let's Dance remains his most recent musical legacy of any widespread significance. Sigh.

The thin white berk had a great chance to revive an important musical tradition in the UK pop charts: that of the cheeky New Year number one. It should be easy. No-one buys anything apart from headache pills and diet books in the week after new year, so number one should be a walkover.

The new year charts seem dull these days. A guaranteed post-Xmas X Factor chart-topper, some r'n'b guff and that's about it. A drum 'n' bass track tiptoed in at number 100 and it seems Bon Jovi got back in the top 40, but neither are worth tweeting home about.

Iron Maiden famously topped the charts in 1991 with Bring Your Daughter... To The Slaughter, followed by the ridiculous sadistic monks Enigma. Made-up people often took the chance for a cheeky early-January number one, with Mr Blobby and Bob The Builder inexplicably retaining their top positions after Christmas because there was naff all else to buy.

Cotton Eye Joe. Chocolate Salty Balls. Even Daniel Bedingfield's squeaky anthem Gotta Get Thru This. You cannot tell me that those tracks would have had the same chart-dominating impact without lower sales across the rest of the January charts, as great (or otherwise) as they were.

This weekend may well see the return to the top of the charts by Eminem, 50 Cent and that kazoo-voiced triangle man from Maroon 5. If they were covering White Town's Your Woman, or Aphex Twin's We Are The Music Makers, I'd class it as a cheeky new year number one.

They're not. And so it goes.