Do you remember the first time (with your own money)? 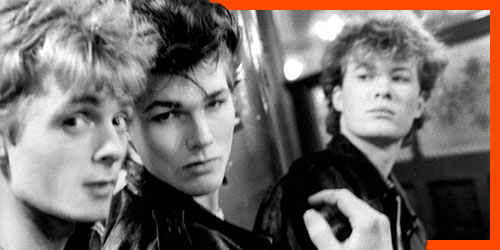 Any group of friends socialising over drinks will, at some point, raise one very particular question. That question is: what was the first record you bought with your own money?

It's a good question because the key bit is "your own money". Spending your pocket change in a record shop was step towards independence, and a stride away from hand-me-down records from your goth sister, mod-obsessed dad, or creepy uncle who dresses as Gary Glitter. It's one of your first stamps of identity.

For young generations these days, this question is obsolete. They're saving up to buy limited Record Store Day vinyl box sets encased in walrus hide: the £10 punt on a CD is increasingly rare. The modern equivalent of this question is "what's your favourite shuffle button" or "how many times a day do you skip the YouTube premium trial".

My memory is as decrepit as an old wardrobe left in a hedge, but I think my first bought album was Five Star's debut. I can't even remember its name. I listened to it once then swapped it with a neighbour for A-Ha's Hunting High And Low. "There's no eeeend to lengths I'll gooooo."

A-Ha became my world. I had their lyric posters. I had their duvet set. I made an A-Ha photo book by cutting up magazines, which I left in the school library only to be destroyed by what I can only assume were jealous Wham! fans. A-Ha was the first album I owned, and the first one that turned me into a fanboy.

But it wasn't, was it. I never bought it. The true answer is Five Star, a record of which I have no memory at all. I'm not sure even they can remember what it was called.

I like a good chunky shuffle button, preferably with an orange background. But never mind that. What was the first record YOU bought with YOUR own money? And did you get the duvet set for Christmas?

Further Fats: Do you pay for your record collection? (2009)

Further Fats: While my guitar gently sods off (2010)