This is not a brave new world: it's just another house group 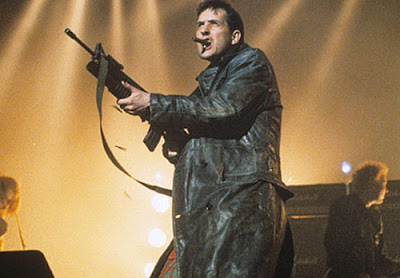 I could cope with "skweee" and its stripped-down aquafunk that leaned heavy on the pitch wheel.

It was a stupid name for a genre, but then again so is "new rave" and, for that matter, "rock". Chairs rock. Weebles rock. Boats rock. The one thing long-haired leathered-up guitar gods do not do is "rock".

Axwell of top ten chart ticklers Swedish House Mafia said in a Newsbeat interview recently (and repeated again on the news today): "It's a new genre we made up, we're calling it 'brave'. It's not rave: it's a little bit more ballsy than that, so that's why it's called 'brave'."

Crikes, that paragraph made me look old. In the Swedish House bloke's defence, he does add the comment: "We thought of that five minutes ago. We like it a lot."

Swedish House Mafia, your argument fell down the moment you wedged your genre into your name. This is not a brave new world: it's just another house group, albeit with a neat single that sounds better without the annoying vocals.

Although I've still quite a fondness for randomNumber's self-proclaimed genre "Northern wrongbeat", anyone who invents their own genre is mostly a "toffist".

Oh, I'm sorry, did I not mention that? I've invented a new genre of idiot: "toss-faced egotist". Toffists of the world unite!

Weebles don't rock. Weebles wobble (but they don't fall down).

I like your thinking, and reckon Pop-Rap (stand up Ludacris) should be rechristened Pap.

Fil - you make a good technical point about Weebles, although I suspect wobbling is a form of rocking; an unsteady sub-set closer to trembling but not quite the full lurch.

James - Ludacris, the mysogynist ideologically-bankrupt useless rapping sell-out, is the purest form of pap. The clue's in the name. The Princeton dictionary defines "ludicrous" as "absurd, incongruous, inviting ridicule." I'm happy to oblige!