Brian Eno will release his new album on Warp Records 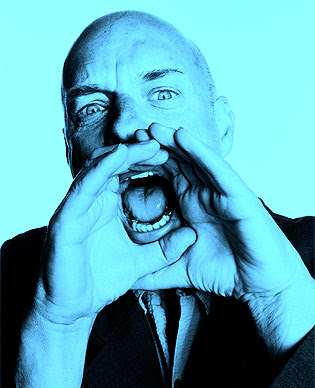 So it's true. Brian Eno, king of the ambient and soundtrackist for many-an-airport, is to release a new album on Warp Records.

I reported this here on Friday, but I can't help feeling it seemed a little too good to be true. Warp's debt - particularly Aphex Twin's - to Eno seemed a little too obvious. It would be like The Wanted teaming up with the Backstreet Boys. Or Flo Rida doing a duet with the back end of a sheep.

If you want to be kept up-to-date with the new album's development, click here to go to Eno's website.

Meanwhile, my other bit of speculation came true - Magnetic Man did indeed score a top ten hit at the weekend. Maybe it's not such a compliment to be in this week's chart: as twitterer Tom Ewing pointed out, "the new UK number one is called All Time Low. Not even close lads, though for a first go it's a decent stab."

At least the Wanted have got to the top spot as a result of their singing talents and not in any way because of their... oh. I see.

this just in ----> I can confirm that the slipcase is rigid and Birch paper-covered!
A huge relief all round.

Birch paper? DAMMIT. *slices ears off with a broken shard of the Music For Airports CD case*