This is part three. Please do read the other parts of this blog post: part one, part two and part four
To read last year's top ten best electronica albums, click here. 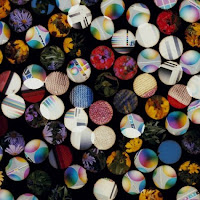 4 - Four Tet – There Is Love In You
Kieren Hebdon's strongest album had 2010 skipping to the dancefloor while it was still in short trousers. It is probably the only album in my list that has nudged the top 40, a deserved success after he lit the Burial touchpaper with the Moth / Wolf Cub 12-inch last year. In the modern parlance of today's youth, this album is definitely double-rainbow.

I had been lazy writing off Four Tet as coffee table electronica for people too afraid of Venetian Snares. There Is Love In You is sardine-full of outstanding tracks (the fractured vocals of Angel Echoes, the soaring simplicity of Circling, the thundering energy of Plastic People), but it works best an emotional journey start to finish, especially when topped with heartbreaking Bibio-like finisher She Just Likes To Fight.

A ten-out-of-ten for Four Tet. Buy There Is Love In You from Bleep or Boomkat or Piccadilly. 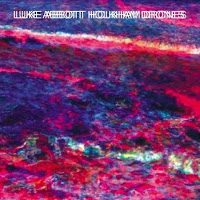 Holkham Drones needs to be rediscovered immediately. Taking its cue from basic frequency modulation, the cymbals hiss and the bass rings hollow and the whole thing appears as if it may fall over any second. But as the beat grabs you by the badgers, your mind is transported into a grey fluffy analogue world belonging to Boards Of Canada and Cluster (the band not the cereal). This meditation on ambience through repetitive beats is the greatest noise since early days of techno, or since I knocked on Timmy Mallett's door for a solid week because he owed me a fiver. 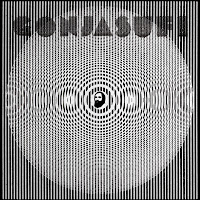 2 - Gonjasufi – A Sufi And A Killer
A Sufi And A Killer sounds like Mark E Smith, Timothy Leary, Seasick Steve, George Clinton, Marc Bolan and Flying Lotus using their teeth, yellowed from chewing tobacco, to rip open time itself, then having a jolly good toke on apple tobacco in a shisha cafe. This is a debut album, don't forget. Despite its dizzying array of influences, this is as complete a sound as you're ever going to get.

"You came with weapons: I came with God," says Sumach, and you don't doubt him. The billion or so tracks on the album buzz with a shamanic intensity: the eastern impact of Kowboyz And Indians, the vintage jam of She Gone or the imposing beats underpinning his fragile vocals (an ancient Method Man?) on Ancestors. I don't know where he's coming from or where he's going to, but Sufi, so good. Sorry.

An incredible achievement for Warp and Gaslamp Killer and the rest. Buy Gonjasufi's Sufi And A Killer from Bleep or Boomkat or Piccadilly. 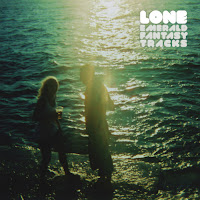 Not quite in the top ten (part three)
My top ten is chock full of artists who have embraced the 4/4 rhythm, something which I wouldn't have done a year ago. And so it's a shame to lose Lone, whose Emerald fantasy Tracks evoked the spirit of classic Detroit. Shame to lose Underworld's Barking too. Matthew Dear's Black City didn't dance its way into the top ten either.

The Chemical Brothers got back to techno basics on Further, but it wasn't enough, while One Life Stand from Hot Chip was quite good but, frankly, a bit annoying. iTAL tEK's detailed Midnight Colour was definitely in my top half of the long list, while Susumu Yokota's Kaleidoscope didn't see its way into the final reckoning.

Dan Le Sac, Teebs, The Orb and Kode 9 (he did a DJ Kicks) also didn't make the cut. I was disappointed with Skream's chart-baiting Outside The Box. He needs to start thinking outside the, um, yeah, anyway. Royksopp's Senior had early retirement in the reckoning for this list.

And finally, some artists were excluded because they were probably too guitar-y and not electronica enough,. They include Denis Jones' Red + Yellow = (you must see him live), the Klaxons' Surfing The Void (and yes it was a good album cover) and the electrifying Nerve Up from Lonelady.

This is part three. Please do read the other parts of this blog post: part one, part two and part four
To read last year's top ten best electronica albums, click here.

If you thought Four Tet was a bit coffee table'ish, then it doesn't stand a chance but I really enjoyed Bonobo's Black Sands this year.
Also, Underworld's Barking reignited my passion for them.
Nevertheless, I can't really dispute the list so far, top banana.

Thank you, both. I feel a bit gutted I excluded Underworld because, yes, they refound their rhythm in 2010 and were a joy if only to see Karl Hyde having a mini rave in the passenger seat of his mate's car.