Top ten best electronica albums of 2010: part one of four

This is part one. Please do read the other parts of this blog post: part two, part three and part four
To read last year's top ten best electronica albums, click here. 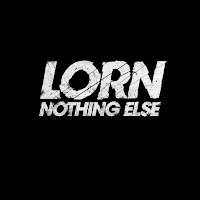 10 - Lorn – Nothing Else
Marcus 'Lorn' Ortega teased us with the track Until There Is No End on Fat City Records some time ago, a deeply moving slice of apocalypto-funk. Clark, the recipient of my Best Album Of 2010, then went on to master his debut album Nothing Else. You know it because every city in the UK has been plastered top to bottom with stickers promoting the record. In the process, the Brainfeeder sound (crunchy cut-paste J Dilla beats) was quickly knocked several days left of Tuesday with the label's first signing outside of Los Angeles.

It was also Brainfeeder's second album proper, and with Lorn quoting Milton all about the place, you knew it would be something special. Before now, I have praised his testosterone retro and made comparisons to Animal Farm and Bladerunner. The album sounds like Knight Rider having a breakdown: maybe it takes itself too seriously, but Nothing Else soaks you like tears and rain with a sound defined by no-one else but Lorn.

Embrace the synth melancholy. Buy Lorn's Nothing else from Bleep or Boomkat or Piccadilly. 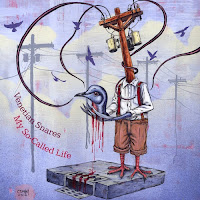 9 - Venetian Snares - My So-Called Life
Like a naughty boy, Aaron Funk ventured away from his natural home at Planet Mu and set up Timesig Records for the (arguably) 22nd studio album from his interior decor / percussion-inspired moniker. Because it was recorded quickly - Snares sees this more of a diary entry than a year's work - My So-Called Life shifted the game somewhat. Well. Slightly. Its still a (detri)mentalist cavalcade of dirty junglism.

The quick recording process lightened the music by precisely nought-point-seven degrees: for example, pastoral string-picking gives way to a beautifully melodic 8bit 'n' bass on title track My So Called Life. But it's the vocal samples that are leaned on more heavily than usual here - and what horrible vocals. Grossly non-PC Welfare Wednesday contains a hilarious jibe at Planet Mu label boss Mike Paradinas, while Who Wants Cake? and Posers And Camera Phones say things that would make Jerry Sadowitz blush.

The most accessible and disgusting Venetian Snares album for a while. Buy it from Bleep or Boomkat or Piccadilly. 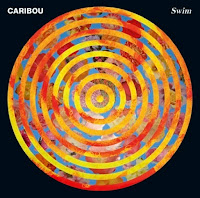 8 - Caribou – Swim
Caribou doesn't need any more praise heaped on his handsome locks. Resident Advisor has already pronounced Swim as the album of the year (please don't look at that list too much: mine is horribly and coincidentally similar). And Sun's dizzying refrain ("sun, sun, sun, sun...") loomed heavily over 2010.

I have an entirely personal reason for including Swim here. Opening track Odessa was playing in the bar in which I was getting drunk after my blog awards win, and it kind of became my soundtrack. That's not to downplay the rest of the LP though: crisp, driving house music, chiming hypnotica on Bowls and a nod towards indie pop on Kaili. But really, it's all about Odessa and it's all about the Sun. Sun. Sun. Sun. Dammit, there I go again.

Hunt yourself a Caribou: buy Swim from Bleep or Boomkat or Piccadilly. 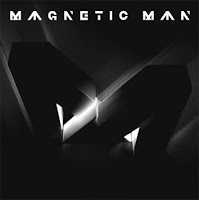 Not quite in the top ten (part one)
I will not pretend my list - or indeed any element of my blog - is comprehensive. I also don't think this has been a classic year for electronica, nor that all of these artists are electronica. Crikes. This is like a minefield. Anyhoo, here are some of the albums that didn't pass muster.

I'm astonished at how commercial some of my top ten is this year, although Magnetic Man's eponymous debut album pushed the pop too far to be included, despite MAD and despite it being one of the most important electronic music collaborations of recent times. The same goes for Plastic Beach by the Gorillaz, although that was still a glorious album.

Daft Punk's Tron Legacy soundtrack came very close; maybe it would have helped if I'd bothered seeing the film. I found Darkstar's slow mosh-hopping North difficult to love, while Salem's King Knight didn't tug the earstrings enough for a top placing. Meanwhile, UNKLE bored me to sleep with Where Did The Night Fall.

I was gutted not to include two albums at the opposite end of the electronic sonic spectrum: Ikonika's gamer-baiting Contact Want Love Hate and Brian Eno / Jon Hopkins' Small Craft On A Milk Sea (which is not a great ambient album: it is a great techno album). Any top ten without them would be a crime. It's a fair cop, guv.

This is part one. Please do read the other parts of this blog post: part two, part three and part four
To read last year's top ten best electronica albums, click here.

ah, yes, Caribou, Swim. Great album.
I'm embarrassed to say that I discovered that through Fifa 2011.

Fifa 2011? That's not embarrassing at all. Huhhhh-hmmm. Sorry... that wasn't a laugh, it was a cough. I've got a terrible, um, nnnnng, sorry I have to go into this other room to giggle-- er, I mean, cough for a while.