The Tory tweets part one: the moon rises in Uranus 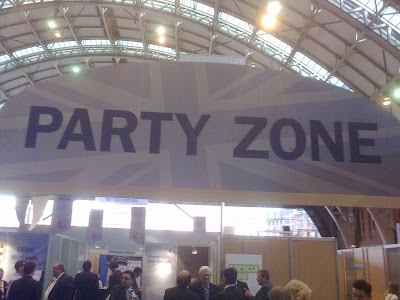 When I was thrown into the jaws of the Tory party two years ago (with hilarious consequences), you'd think I wouldn't go back for more.

Yet, the moon rose in Uranus as the stars decided that this week I would meet tall, dark, be-suited, blue-badged strangers. Once more, I was their official bookseller.

Here is my Tory story in tweets. This is part one. Click to read part two.


"Right then, twums. Tomorrow, I will be at the Tory #cpc11 conference. Expect numerous bitter / sarcastic / funny tweets on Monday and Tuesday. I am warning you now so that you're ready for an increase in my tweeting and you're ready to be offended if you're a Tory. You're not a Tory, are you? Are you a hot Tory? Hot Tories confuse me. "

It has always been an ugly anachronism that the Tories choose to dump their annual shindig right in the middle of Manchester, mere yards from the site of the Battle of Peterloo in which the authorities mowed down poor workers and helped coalesce left wing protest for the next two hundred years. 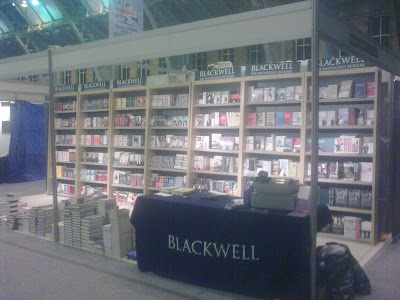 That didn't stop me, however, producing for them one of the best temporary political bookshops in the country for the four days they are camped in our beloved city. You have to remember that most people at the conference are not true blues, but are workers, media, other politicians and the like. It's just a good job I had Twitter through which to vent my rage.


"If you don't want to read me snotting on about Tories a lot, then unfollow me for a couple of days. Having said that, it's unlikely to be different from my normal snotting. Just a bit more frequent. I'm going to runny-nose your feed.

"I should also point out I'll probably hit 1,000 followers today half way through me tweeting a complicated Eric Pickles sexual fantasy, This isn't going to be pretty. (Unlike Eric.)"

With my followers fully forewarned, I entered the conference to discover a much more professional affair than two years ago. This is the party of government, so no silly blue phone boxes or people dressed up in costumes this time.


I am at the Tory conference. It is everything I hoped for and more. They've upgraded the Gordon Brown pork pie stand to an Ed Miliband jerk chicken stand. 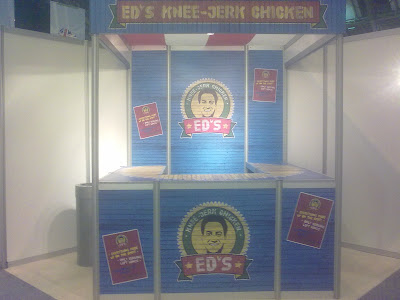 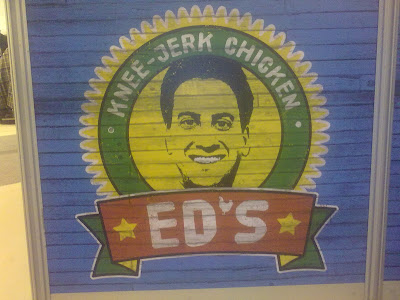 And here come the celebrities...

Paxman called me an incompetent bookseller.

Jeremy Paxman would become a key part of this year's bookshop. He (or his people) had decided not to do a book signing, so when he turned up to the shop, I managed to pin him down. He would do a signing. And it would be one of the most exhausting moments of the conference. More of that later.


Everyone who's everyone is here. There's a Tory with massive testicles (bad trousers). And there's Nick Robinson.

There are less shouty motivational posters this year. But Oliver Letwin's here with 'kill the poor' tattooed on his forehead, so that's OK.

All of this is in good humour from a wishy-washy leftie. What could possibly go wrong? My job was to run a successful bookshop and I was going to succeed? Wasn't I?

My anti-Tory ire was barely beginning to bubble. And to make it worse, things were about to get somewhat scatological in one of the most illuminating, and disgusting, moments of the conference.#


This is part one. Click to read part two.

Email ThisBlogThis!Share to TwitterShare to FacebookShare to Pinterest
Read more on: tory tweets

No sign of Redwood. Gutted. I didn't even see Gove, although he did walk alone into Manchester University and predicatably got collared by a riled lecturer.