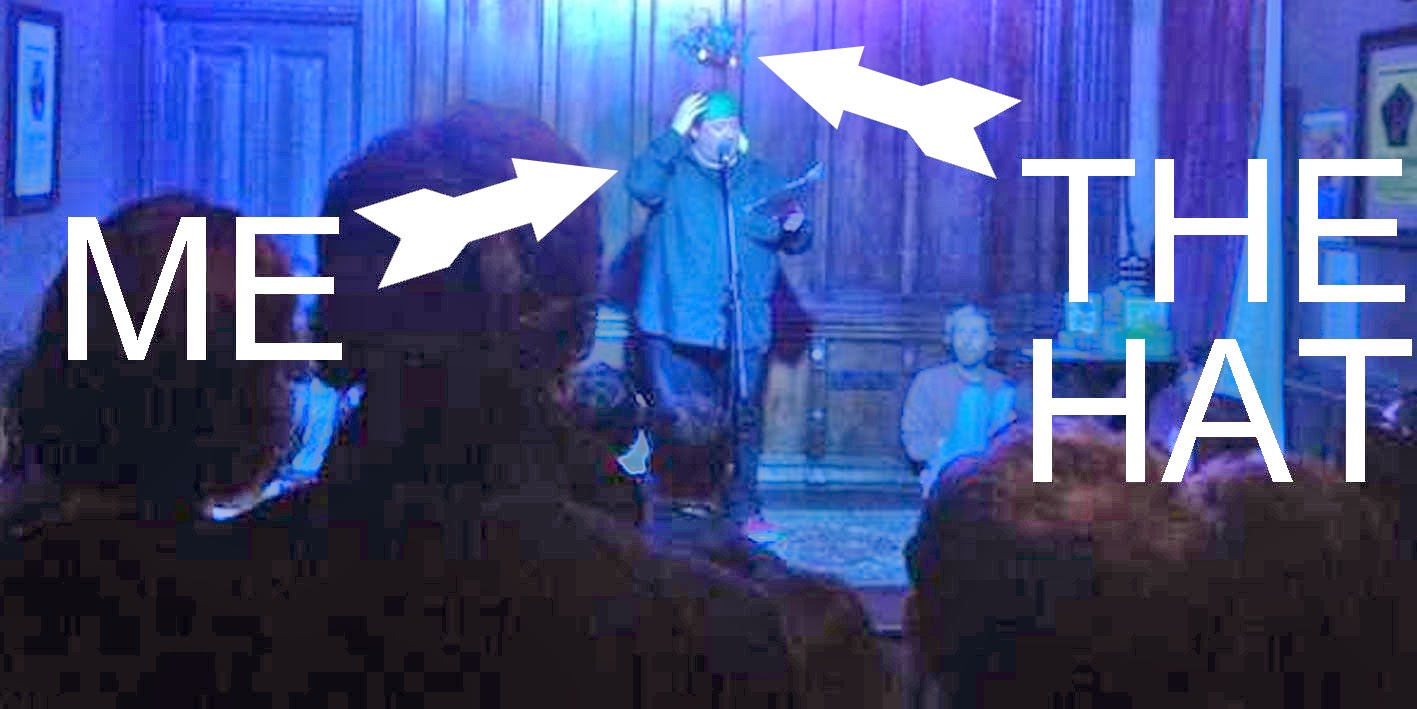 It has been an extraordinary month that has derailed my blogging into a happy, exhausted but ultimately wordless ravine.

Last month, I was revealed as the new co-host of Bad Language, a leading night of live literature in Manchester. A few days ago, I hosted my first one. The quality of the open mic acts and the headliner, Stephen May, left me somewhat staggered. I performed in a ridiculous hat given to me by this man.

I also got to host a proper discussion with proper writers. I invented this event for Manchester Histories Festival, and the quality of readers and the turnout re-staggered my mental innards all over again. I topped it off with a radio show yesterday alongside my writing cohort David Hartley.

In the spare time I have had, I saw a great show by Jackie Hagan, I've been listening to old techno, I visited Crosby beach to see the strange iron blokes and I bought a bagel on Brick Lane.

Look to the horizon. You can see the smoke rising from the wreckage in the ravine. Look again. It is a smoke signal. It says "blog more".