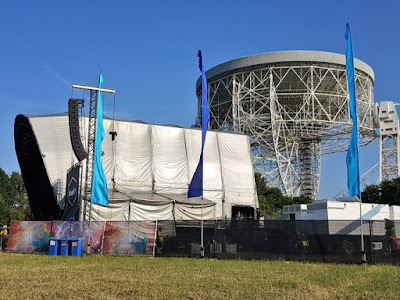 Hey, I'm at BlueDot festival, a weekend mash-up of music and science in the shadow of Cheshire's Lovell radio telescope.

I've not been very bloggy recently, so let's pep things up with a daily live blog parped out from my tent. It's barely breakfast time and I can already hear someone in a nearby tent taking about hydrogen fusion.

Or something. I'm not very sciencey.

BlueDot started in spectacular fashion. The Halle Orchestra blasted out some grand classical music to the sights - and sounds - of the Blue Planet telly programme 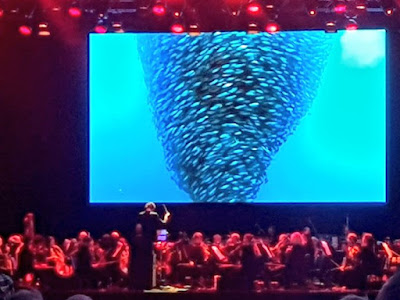 I can now say I've seen killer whales battering sealions to death to the glorious swells of an orchestra. They even did a Christmas melody set to the crazy antics of polar bears and penguins.

For personal reasons, it was especially pleasing to see the Halle pull this off. I sang with them as a founder member of the Manchester Boys Choir. I am that sealion, squealing in whale-walloped harmony with that astonishing collective.

A highlight of BlueDot is the eerie art that haunts the woods at night. I love the massive suspended globe, surrounded by the sounds of everyone on the planet chattering away in an Underworld-style stream of consciousness. It glows in the dark - you'll have to make do with a daytime picture for now.

More BlueDot today. Hope I get to fuse some hydrogen. 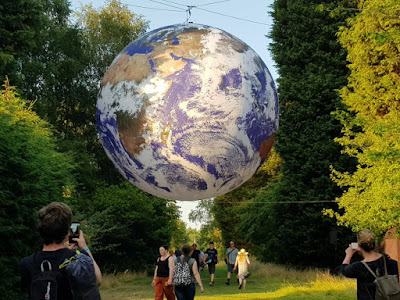 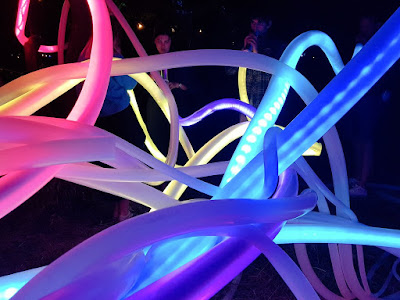 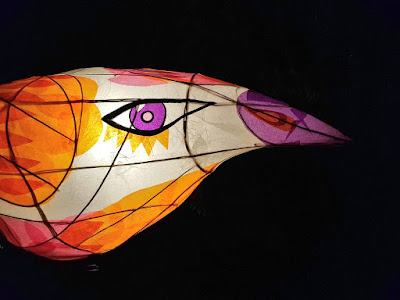 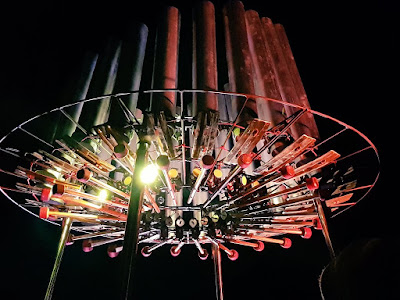