Putting postcards under the hammer 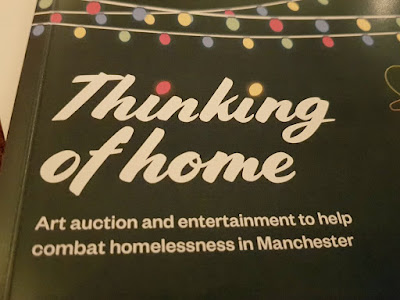 You remember postcards, right? They were like Instagram, but you wrote the caption on the other side of the picture.

One of my own designs went under the hammer too. It fetched £45, which wasn't bad for a sketchy pen scrawl. Some of them went for £200, which is £1.29 per centimetre.

The auctioneer was the comedian, actor and Manchester celebrity John Thomson. He took the mick beautifully out of the designs (“looks like Johnny Vegas, he said if mine), and bled our pockets dry with a twinkle in his eye.

Actually, I didn't win a single auction on the night, so it turned out pretty cheap for me. I went in steep for the Mr Scruff postcard, but I was easily outbid. Shelter, a donation is on the way. 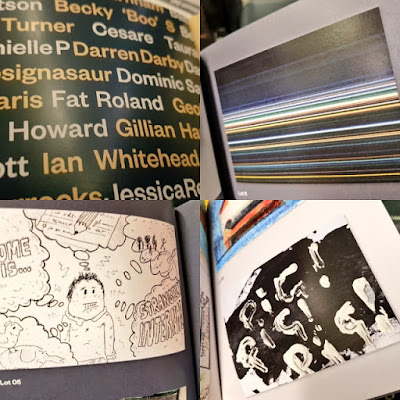