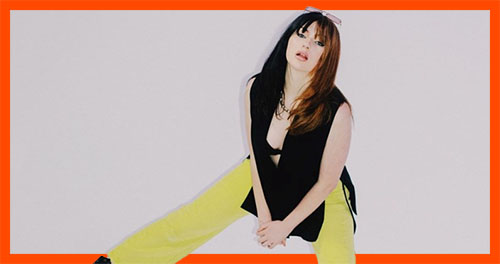 So why is the New Year UK pop chart so stuck in Christmas? Here are 19 of the 20 top ten singles in this week's chart, the week *after* Christmas. Listed in alphabetical order. Deep breath...

What the flaming workshop elf is going on? The answer is that while last week's Christmas chart picked up all the pre-Christmas buying and streaming, this chart is picking up all the Christmas Day streams. Which is depressing because it shows the entire of the UK has had the bad taste to soundtrack their turkey guzzling with Shakin' Stevens, Brenda Lee and Elton cacking John. Wot no techno?! It's enough to make me vomit my sprouts THROUGH MY EARS.

There should be a rule. Any Christmas song that is still in the charts after Christmas should (a) be deleted forever, (b) have its artist dropped from the label, and (c) have its lyrics tattooed onto a screaming reindeer that haunts our dreams forever. This is all totally reasonable, as I think you'll agree.

Props to young Nashville singer Gayle (pictured above)who was the only artist in the top 20 who didn't have a Christmas song. Here are some of the lyrics to her smash hit ABCDEFU. It's quite sweary, so to keep on the right side of internet filters, I have replaced all swear words with antique furniture.

Everybody but your dog, you can all Edwardian corner cabinet bookcase off

The worst thing is, we won't get a new singles chart until January 7th, which means these festive songs will be in the pop charts after twelfth night. That's unlucky, like keeping your Christmas tree up for too long, or riding Santa's sleigh after midnight, or informing the authorities of the workshop elves you've got chained in your basement.

Last Christmas was at number one on last year's New Year chart, then dropped out of the top 100 the following week. This will happen again, with nearly three dozen seasonal songs about to tumble down the listings. Next week's chart is effectively a big reset button, with Gayle inevitably becoming number one and all the Santa-suppressed non-seasonal Ed Sheeran songs rising again to the surface like a bad egg.

Further Fats: Whatever happened to the cheeky New Year number one? (2013)

I don't agree with furniture. Too jazzy. Give me beanbags (ambient) or piles of sawdust (complicated techno).