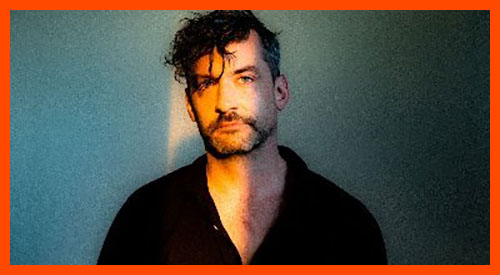 No. It's none of the above. January actually sounds like these four interesting records, all due for release at some point this month.

Seventh album from the jazzy techno man (pictured), inspired by his forays into the California wilderness. It's dead orchestral, but is also one of his more dancier outings. The Otomo collaboration with O'Flynn revives the giddy breakbeat vibes of the likes of Way Out West. One for the clubbers, and a bunch of soulful vocal tracks for the mainstream crowd too. A sunny antidote to this virus-ridden winter.

This is going to be ace. Irish producer Jacknife Lee and singer Cathal Coughlan combine to make an album of snappy electro pop celebrating and satirising Irish pop culture, all with a retro / library music feel. They've got Jah Wobble on remix duties AND a track called Archbishop Beardmouth At The ChemOlympics.

I've never seen Burial and Lorraine Kelly in the same room at the same time. Coincidence?! Everyone's favourite enigma goes ambient for this new EP, as he invites us into a "wintertime city". Imagine entering Narnia where a fawn offers you a big fat blunt and never tells you its name. Like that. But spookier.

Deep house producer Soichi Terada dug out a bunch of 1990s synths for this first album in 25 years. It's Bleep's Album of the Week and I can see why. Its bright metronomic beats sit somewhere between Shinichi Atobe and early Grid. Imagine being garrotted by a furious wildebeest because you didn't appreciate the woodchipper it bought you for Christmas. This album is the exact opposite of that, i.e. it's proper nice.

That's it. Have a listen to all of that, please. Now move along before I call the police.