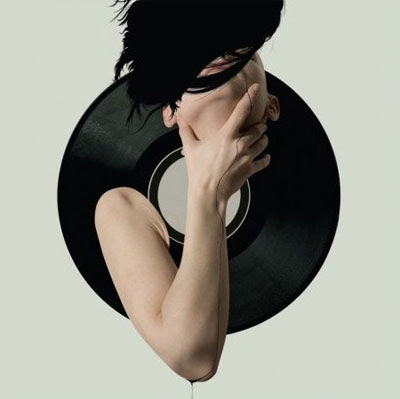 My recent post about unearthed goodies from the BBC Radiophonic Workshop brought to mind an album by Black Devil which was lost for over 25 years before having the dust blown off by Rephlex.

That album was Disco Club (in 2004 I think), and since then the duo have renamed themselves Black Devil Disco Club and released several more albums. The latest, Eight Oh Eight (pictured), has just come out so I thought I'd write up a little review, bury it, and have it dug up in two decades by a trenchcoated man with cruddy fingernails.

I'm a sucker for the Air-esque cheesiness that Black Devil have plumped for, but I can see how the cheese could grate. The bongos and whistles on at least a couple of the tracks (Open The Night and Never No Dollars) are my least favourite sounds since the noise of cluster bombs missing army officer James Blunt.

Black Devil Disco Club's Eight Oh Eight is closer to 'oh' than 'eight', but only just. If you want forced disco glam, Mika's your man.