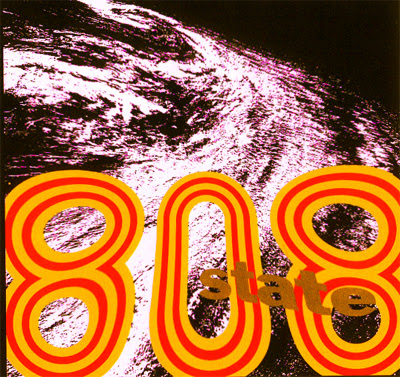 I was going to write a spectacular post about 808 State in honour of the comely curvature of today's date.

Reminiscences would have poured from the edges of this blog until your keyboard was soggy with my moist-eyed memories, like when 808 State rocked Manchester a few days after the 1996 bombing, or when I bumped into one member of the band playing that saxophone in a recording studio.

I may even have uploadified a photo of my much worn 808 t-shirt declaring "there is no greater love than that between man and his cock." It had a picture of the kind of cock as seen in my terrible Youtube video here (2,500 hits mostly helped by my dubious tags).

My interweb domain would have come into it to, because fatroland.com was launched on 02/02/02. It plunged me into a six-year-long obsession with repeating dates.

I was going to write this amazing piece. But I didn't.

That's coz Music Thing has done a much better job with his celebration of the drum machine that gave 808 State their name.

So go and read that instead. It has lots of things for your mouse to click on, including a hyperlink for 808 State's aptly titled Olympic.

Email ThisBlogThis!Share to TwitterShare to FacebookShare to Pinterest
Read more on: 808 state, teh internets, video