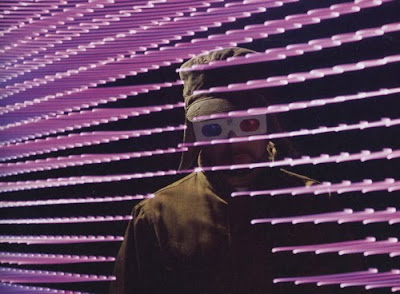 If this decade leaves one solitary thing lingering in the world of dance music, it's the evocative urban hauntings of dubstep.

Somehow mashing the bassment ghostliness of slower Massive Attack and the simple languar of techno circa Trance Europe Express, dubstep has trodden a stubborn path.

It has nodded like a gentleman toward the grime-ridden streets of urban R 'n' B and even (via Burial) tipped its hat toward bassline diva vocals. But the genre has remained true to itself - and, some would argue, a little stuck in the groove of late.

Still, that hasn't stopped leading label Hyperdub releasing Hyperdub 5. As you have already deduced, it's a five year celebration of the label that kicked off with Sign of the Dub in 2004 by label boss Steve 'Kode 9' Goodman (pictured).

The compilation features some exclusive gems and old favourites (some of which are on CD for the first time), from the cardboard beat of Zomby's Tarantula, to the heroin-hazed Psycho stabs of Kode 9's Time Patrol, to the broken vocal swoops of Burial's Fostercare (think Maxinquaye flung 68 million light years into inky space).

It's the first time Burial's dug up anything new since Untrue in 2007, and for that alone, Hyperdub 5 is worth more than a few of your pennies.

Kode9 mix on Mary Anne Hobbs' show (it'll always be the Breezeblock to me) here. Win.

Cheers, Sull. Ooo, clickee this while you can, blog chums.

What a fucking shit site this is.

I dare you to say that six times fast.