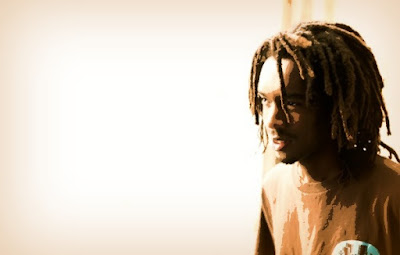 I barely wordpuke about electronic jams in this here netspace, even though the whole reason for this website is to delare the word of the beat, of the resonance filter, of the wob-wob-wob.

Instead, I'm either banging on about pop music (OMG JUSTIN BIEBPIPE GOT A TATTOO OF POL POT ON HIS LARGE INTESTINE OMG) or simply not posting at all. This, lovely reader, is not good enough.

So what has been performing syncopated rhythms on my ear drums?

Teebs (pictured) has joined Soundcloud, which is about bloody time because I'm fed up of searching for the deadlocked skate dude on there and not finding him. Seriously. Just last weekend, I couldn't find him so had to punch Soundcloud in the face yet again. His first track posted there is about a year old, but it's sunny and dancy and deserves an embed below.

Speaking of ambient jams that wouldn't look out of place spread over Brian Eno's bald head, I do believe I haven't told you about Babe Rainbow's Set Loose from his Endless Path EP.  It's simple and sad and deserves repeat clicks.

Also, Brighton's Ital Tek (or iTAL tEK or iTaL tEk or whatever his shift key is doing on any one day) has teamed up with London's Om Unit. Mr Unit, as it's only polite to call him, has been known to make music in the back of an RV before now. His pairing with Ital Tek is a persistent little bugger: a remix of Mr Tek's War Of The Ants. I'm having those tiddlywink snare effects tattooed on a pop star's pancreas.