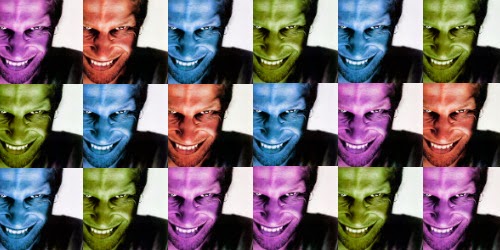 The Aphex Twins* have released 30 new tracks. Because there are so many people in the Aphex Twins, they are able to do this.

The Twins unleashed their new material during a lengthy two-part interview with Dave Noyze. I've not had chance to hear it yet - I'm still enjoying Syro - but I'm expecting electronic patches wigging out then tumbling over rough edges into half-formed gutters. Or something.

These are the numerous members of the Aphex Twins:

In unrelated news, this blogger is sad to hear that So Solid Crew was just one person all along.

Sole member Paul Daniels revealed the news in an emotional interview with himself. He said he only ever intended Every 21 Seconds Counts, a surprise number one in 3,000 countries, to be the theme tune of his next game show.

* with apologies to Stewart Lee for stealing his 'the UKIPs' joke.

Email ThisBlogThis!Share to TwitterShare to FacebookShare to Pinterest
Read more on: aphex twin, so solid crew