The new Stone Roses single is a barrel of thundering diarrhoea 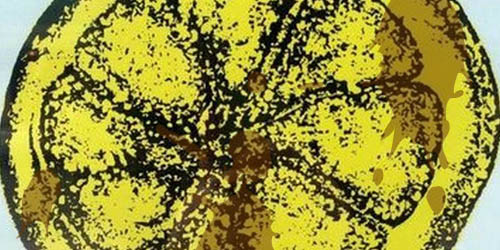 It seems like an obvious thing to knock, but even I wasn't prepared for the whiplash I'd get from how much of a throwback it would be. Even in the 1990s, it would have been Woolworths 99p sale fodder: hey grandad, here's some "cool" "indie" music! No, All For One doesn't belong in 2016. The rhyming is so simplistic ("all", "wall", "fall"), I was worried that Des'ree had suffered a stroke.

What a shame. That first album is such a diluted memory now, it's practically homeopathic. If only my 2011 Stone Roses prediction had been right.

All For One's own chorus, repeated three times between extended riffs before they even get to the first verse, comes across as filler. It sounds like a barrel of thundering diarrhoea. Or rather, a dried barrel of diarrhoea. And the thunder is a vague echo of something half cocked. In fact, the whole thing is a can of old paint; crusted and brittle because everyone died watching it dry.

As for stealing the whole concept of "all for one, one for all"? A fatal blow for the Muskahounds' reputation. Someone, somewhere, is now going to have to take Dogtanian to the vets and have him put down.

Thanks, Stone Roses. You killed the swordy dogs.

See what you think. Here's the new Stone Roses song. Do share that link if you want. Ahem.

Email ThisBlogThis!Share to TwitterShare to FacebookShare to Pinterest
Read more on: stone roses

And I thought my "Reminds me of Beady Eye, only not quite as bad" was harsh.