No more harrumphs: Kiasmos are back 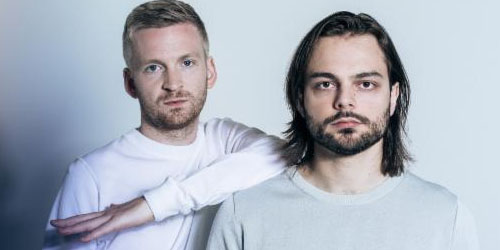 I've been feeling a little fragile of late. An ongoing medical niggle mixed with danker evenings, I guess. My head's full of an American Beauty style turmoil, which is why I've been turning up in your bed scattered with roses.

I woke up miserable this morning. Just now, I saw the bin lorry collecting my paper recycling, and I harrumphed. Who harrumphs at a bin lorry? Bin lorries only do good in this world. I really need to get this head-funk sorted out.

And then I saw something telling me Kiasmos are releasing a new EP today.

I remember Kiasmos, I thought as I scowled at the bin lorry's compacter winch mechanism. Their astonishing 2014 debut on Erased Tapes was one of my bestest albums of that year. I wonder what they sound like now. Oh my. Have a listen below to Blurred, taken from the Blurred EP.

It never fails to astonish me how music lets light into the darkness. Props due to Erased Tapes who, alongside bringing back Kiasmos, also release an album from Gus Gus chap Högni this month. That's a corker too - I can't help thinking of him, somewhat reductively, as a male Björk. Have a listen to the evocative and eccentric Crash below.

Things feel brighter. Now... do roses go in the paper recycling or what?